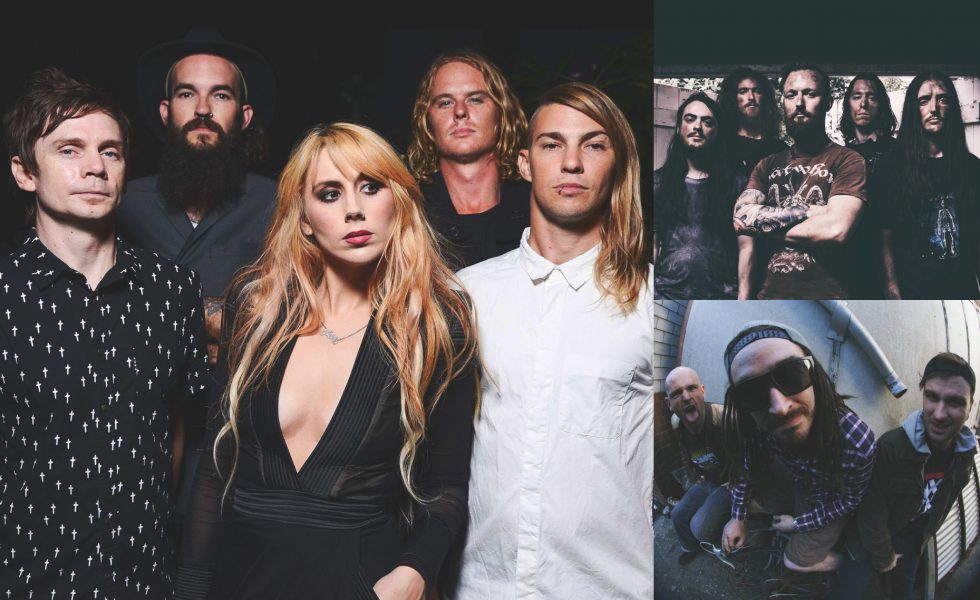 DEAD OF WINTER // Bands You Must Catch This Saturday

It’s that time of year again! When all the monsters come out to play at Brisbane’s annual Dead Of Winter heavy music and arts festival held at the Jubilee in Fortitude Valley this Saturday.

Boasting one of the biggest line-ups to date, the Dead of Winter festival took 2016 off but is back, bigger and better than ever in 2017, and taking over the Jubilee on July 29th.

Featuring some of the hottest acts in the Australian rock, metal, punk and alternative scenes, punters will be spoiled for choice on the day with six stages of entertainment to choose from. There will also be market stalls, a Zombie FX makeover booth, burlesque sideshows, freak shows and horror flicks being shown around the venue so there really is something for everyone at this years event.

Hysteria has narrowed down some of the bands we think are a must see this year. Check them out below!

We told Canadian rock legend Danko Jones that Smoking Martha should open for him … everywhere. Hot under the collar rock ‘n’ roll sawn off by punk attitude is enough to thaw frozen limbs and see ‘em do the jive. If you brought a girl you’re keen on to this gig, stick her front and centre for this. 5pm, as the sun goes down … the wild man cometh. Wild woman? Yeah something like that. //Tom Valcanis

As Paradise Falls are signed to a US label—why Aussies, not BRUTAL enough for you? Well you’re dumb and it’s your loss. This tech death ‘core combo are out on the prowl for your ears just dropping tight-as-a-tiger new record Digital Ritual. Thanks to DR, they’re jostling for Thy Art Is Murder or Aversions Crown … crown for the top deathcore spot in Australia. They even have a song called Hysteria, so they must be awesome. No shit, get on it. //Tom Valcanis

Black Rheno have to be seen to be believed. There’s a big reason they are heavily backed by Matt Young of King Parrot—they bring their own brand of sludge, stoner and groove metal to the party and they bring it hard. It’s sludge full o’ fun! //Michelle O’Rance

I have no fucking idea who Tesla Cøils are. I just think that name is fly. It reminds me of the Red Alert series of games, where you could fry your opposition with Tesla Coils. “Two thousand volts, coming up!” Damn that game was sick. But for real, they are dark as fuck synthwave, crossed between Ulver and Goblin. So that’s even better. //Tom Valcanis

If you miss this band, I reckon you need your god damn head examined. HW pluck oppressive atmosphere off withering 90s Dimmu Borgir, rack up lines of The Black Dahlia Murder style thrash and go postal on our asses just like Soilwork used to. Their debut Exanimate is an album of the year contender FO SHO, so why not experience their carnage first hand? I bet it’s like a TAC ad with extra hott lixx. No shouting “the stop sign!” at Greg required. //Tom Valcanis

Bring your best Viking war cries to this set because when Valhalore pillage the stage, there will be carnage everywhere. They take folk metal to a whole new level with swashbuckling riffs and catchy choruses in their anthemic tracks. Learn the words, don your battle gear, take up your weapons* and get in the pit for Valhalore. //Michelle O’Rance

If bloody anarchy on stage is what you want, She Cries Wolf are the group that’s gonna slam it right into your face. Oh some choruses for an excuse to leap onto that dick who’s been swinging his beer around? You’d best believe bassist/singer Dom is throwing them out your way. Keep an eye out for We’re All Arsonists for your best opportunity. “We never had a future anyway” seems pretty apt for Dead of Winter, and just life in general. Why not scream it loud enough for those negative gearing dicks to hear? //Jonty Simmons

Flangipanis are punks and about as PC as a TISM/Rodney Rude hybrid, so that means they rule. These blokes and chicks are crasser (is that a word?) than Frenzal Rhomb. Mosh to classic hits My Period Is Late, I’m Drunk So What Fuck You and I Wanna Fuck You In The Mouth on the Hysteria Stage, clearly the best stage in the competition. Catch them before your local millennial fun police declares them verboten. //Tom Valcanis

Brutal riffs? Check. Undecipherable guttural growls? Check. Offensively hilarious lyrics, taking the piss out themselves? Check. A high intensity show? Check. Whoretopsy have all that and more and when they hit the stage you better be there to witness them in all their depraved brutality. //Michelle O’Rance

If you haven’t secured a ticket yet, you might want to get on that faster than zombies running after brains as the festival is close to selling out! Click here! 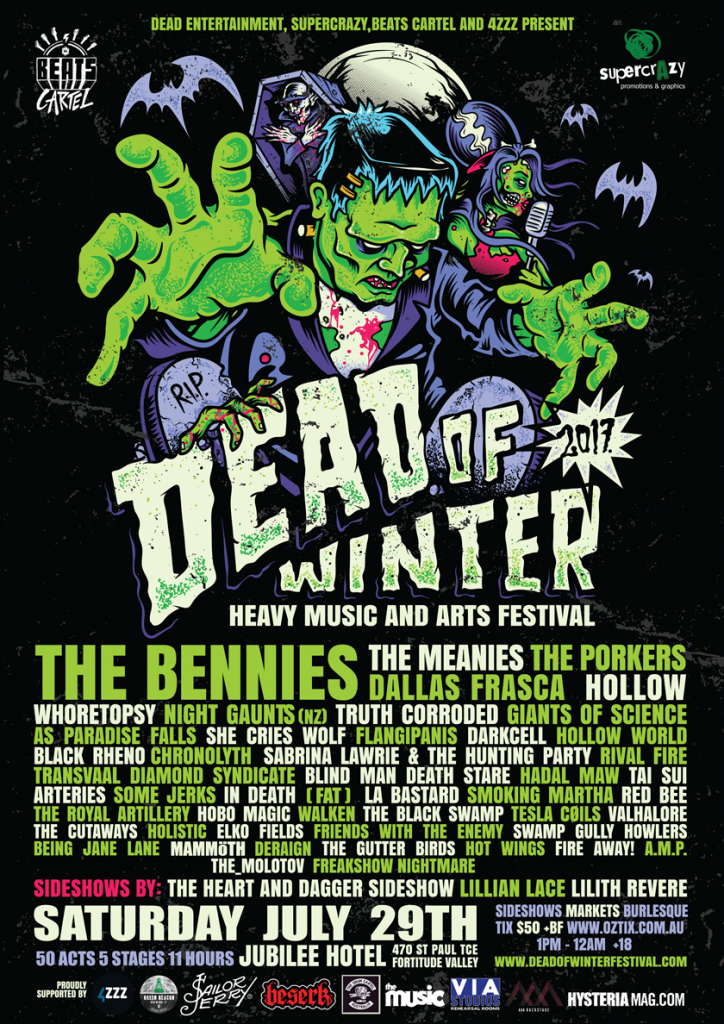