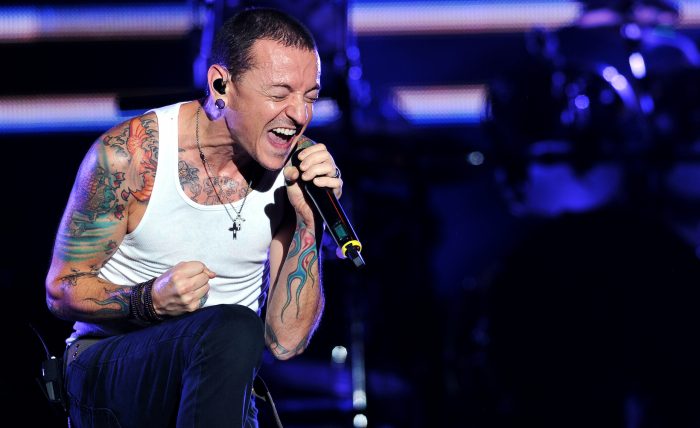 Still reeling from the recent death of Chris Cornell, the rock community has been dealt another devastating blow; the death of Chester Bennington.

Best known for fronting Linkin Park alongside turntablist Mike Shinoda, Chester brought raw emotions to his lyrics and an unparalleled energy on the stage.

Linkin Park is often described as the influence for many rock bands that appeared on the scene from the mid-2000s. Their combination of rock and rap propelled them into the lime light almost instantly after the release of Hybrid Theory in 2000.

Messages of sadness and love have swept through social media, including posts from Hayley Williams (Paramore), Oli Sykes (Bring Me The Horizon) and Billie Joe Armstrong (Green Day).

… & maybe at times made more vulnerable by it? i don’t know. life can be relentless. heart hurts for Chester’s family/band/friends/fans.

Is there any chance It’s not true? I don’t want to accept it. #chesterbennington

Sadly, addiction plagued his life. Many songs on Out Of Ashes, an album by Chester’s side project Dead By Sunrise, will tell you just how rough that part of his life was. But he wasn’t shy about opening up and providing advise to others who might be struggling.

Chester’s death is yet another reminder of how seriously we should take mental health and addiction issues. While brilliant, the mind of an artist can often be a scary place, something that’s often overlooked or dismissed. It’s so important to support them, or anyone struggling in life, and let them know they aren’t alone.

To the members of Chester’s family, Linkin Park, Stone Temple Pilots, Dead By Sunrise and the fans, we’re standing with you while we all try to come to terms with this true tragedy for music.