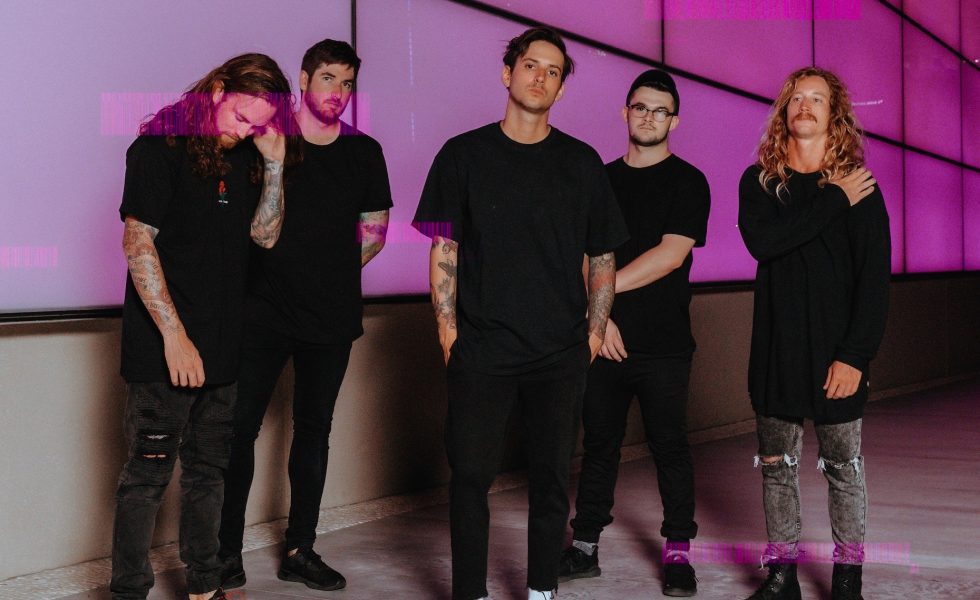 THE BRAVE // Seeing is Believing

Brisbane metalcore unit The Brave have had somewhat of a whirlwind few years. Since forming in 2013 they’ve racked up countless notches on their touring belts, signed with UNFD and released both the Endless EP and their debut album Epoch, winning plaudits worldwide from the likes of Kerrang!, triple j and BBC Radio 1.

Now, their focus in on their second LP Aura. Ahead of its release Hysteria sat down with frontman Nate Toussaint to chat about the record and the band’s plans for the upcoming year.

Congratulations on the upcoming release of Aura! How are you feeling about finally getting it out in the open?

Super stoked. It’s been such a long time since Epoch dropped. Even when we released Ethereal that was one and a half/two years ago. There have been some pretty big gaps between our releases so it was just good to get the ball rolling, write the album, record it, get mixes back-that whole process.

Can you run us through what it was like to make the record?

It was a really easy process. It felt super creative which was really refreshing, especially after that break from writing and releasing. It was good to finally sit down and go through everything as a band. In the past, we used to flake off and I would focus on lyrics and the boys would do the guitars and all that stuff. Lyrically, I’d always keep to myself but for this one we all started to work more as a unit, I think that showed with what we were getting out of the songs we wrote.

Did you learn anything significant from Epoch that you brought onto this new record?

On the first record, we played things a little safe in certain aspects whereas on this one we went into it wanting to try everything. We didn’t want to shy away from taking a risk.  There are songs on the album that are super poppy and then there are other songs that are heavier than anything we’ve done previously. The whole idea with this one was to not play it and safe and to try everything and anything.

Did you listen to anything that really inspired you to mix it up a bit or was it just a natural progression?

There’s always this aura around those people and places that you connect with and it draws you back to them. We felt that it fit quite well with what we enjoy doing in the band which is meeting new people, playing new places and getting out there and seeing new things and finding that connection with all that.
[NATE]

I definitely picked up on some Chester Bennington inspiration with your vocals, it was really cool.

Thank you so much! Collectively, everyone in the band loves Linkin Park. I always look to Chester as a really big influence on my vocals especially. In certain songs where there were melodic vocal parts that still needed that bit of grunt, I was definitely drawing inspiration from vocalists like Chester.

Could you run us through what the record title means in relation to the album content?

When we were coming up with the album name, we were throwing words out there, Kurt [Thomson, guitarist] threw out the word Aura and we all really liked how it looked aesthetically, it looks like a nice neat word. We all liked the meaning behind it too, we all kind of have that trippy hippy belief that everything carries its own Aura- not just people but the places you go on tour and the people you meet along the way in other bands.  There’s always this aura around those people and places that you connect with and it draws you back to them. We felt that it fit quite well with what we enjoy doing in the band which is meeting new people, playing new places and getting out there and seeing new things and finding that connection with all that.

One thing that really struck me about the record was how emotive the lyrics are. Could you run us through what inspired them?

I guess on this record I tried my best to really focus on the lyrics and not just go, oh that’ll do. I was asking the band what they thought a lot of the time, I would scrap whole songs and rewrite whole songs lyrically if I wasn’t happy. I didn’t want to have too many songs on the record referencing mental health or anything like that. As much as I do write songs about issues like that, I didn’t just want an album full of it so I started looking at past experiences I’ve had in my life which was sort of what Technicolor was about.

Other things that haven’t directly influenced me and are a bit more fantastical… like with Desolation, I kind of wrote that song loosely based off an America trip I did with my partner and we got lost over there so I kind of wrote the lyrics based around a little story about being lost in the desert and this trippy experience. I wrote another song that was meant to be a sequel to Ethereal and then there were songs in there that were written about people connected to us who went through some really tough times.  There were definitely songs on there written about some experiences I had that I felt I really needed to get off my chest.

Just going off what you said there about asking the bands opinions a lot more, as well as some earlier comments you made, would it be correct to say this was a lot more of a team effort this time around?

Yes, 100%. It was really refreshing, everyone was super keen to weigh in their opinions and get the best out of everyone’s thing. Whether it was guitar, bass, drums or vocals- everyone wanted to be across it all. We took the road of saying, no one has to be offended if we’re saying can we change this or change that. We just wanted things to be the best they could, we didn’t want to settle, we wanted to make sure we were happy with it.

Other than releasing Aura, what else is on the cards for The Brave in 2019?

We have our Technicolor tour and then I actually get married in May so I’m going to be off doing that and going on my honeymoon. As soon as I’m back we’re looking to start knuckling down and hopefully jump on some really good support tours. Towards the end of the year, we’re really looking to do an album tour and finish the year off with that.