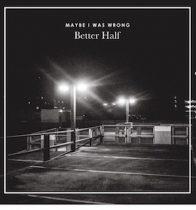 Better HalfMaybe I Was Wrong

May 15, 2018 / WORDS Thomas Brand / A frustrating fusion of tight-knit instrumentals with some woefully misguided lyricism. 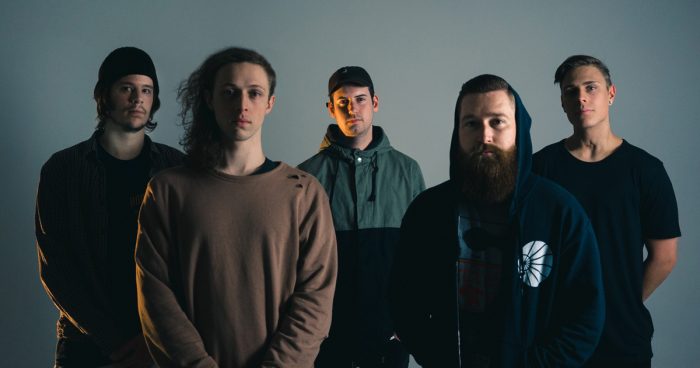 Taking vocal cues from pop-punk heavyweights like Taking Back Sunday while sharing the instrumental polish of home-grown champions Grenadiers, Better Half’s Maybe I Was Wrong wins points for solid production and often grungy, tight-knit riffs. If you end all criticism here, we’d have a promising EP on our hands. However, the lyrical content and delivery leaves a lot to be desired. To put it bluntly: the lyrics ruin the record.

Take for example, Fixate. Straight out the gate, the album hits you with summery upbeat riffs, chugging pop-punk breaks and ties it all up with a powerful breakdown. The band know their way around song structures, and every track on the EP offers a respectable level of instrumental diversity. However, it’s by the middle of the EP, North, that the albums flaws come to light.

Better Half’s Maybe I Was Wrong wins points for solid production and often grungy, tight-knit riffs. If you end all criticism here, we’d have a promising EP on our hands.

Leading up to this stage, the wordplay slowly reveals itself to be different from pop-punk’s usual ‘tacky but good’ by being just plain tacky. It’s got all the nuance of a passive-aggressive Facebook status made by a sulking 9th grader. Lyrics such as “You used me/you’re so shallow/she was wrong though” cringe-inductively forces a rhyme and even in context refuses to get to the heart of the story that vocalist Christopher Vernon wants to tell us. Line after line, Vernon barrages us with similar hollow, meaningless slogans that eclipses the instrumental polish in the background. To make things worse, Vernon’s accent can be caught slipping between true blue Aussie ocker and Hollywood American. As a rule of thumb: if you don’t talk like this in conversation, definitely don’t do it when you sing.

It’s almost painful how close this album is to presenting a decent festival-tier Australian band. If Vernon ditches the woeful rhyming structures and adds some depth to his lyricism, Better Half might be worth paying attention to in the future.

STICK THIS NEXT TO: Taking Back Sunday, The Hotelier, Joyce Manor