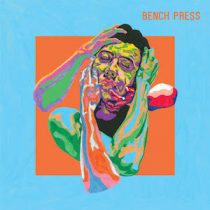 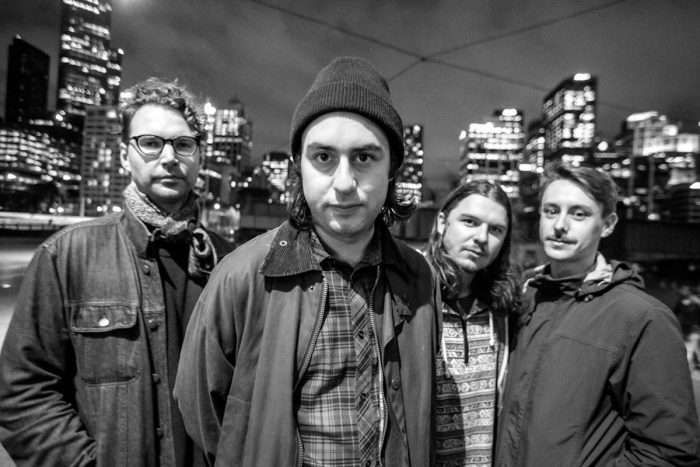 The best band names are typically ones that prey on the evocation of mental images. Even for the uninitiated, the mere mention of something as thought-provoking as ‘Cannibal Corpse’ is sure to immediately render images of blood, gore and horrific violence—which is precisely the point. However, there’s also power in deliberately subverting this reaction and throwing the brain a solid curveball. With a name like Bench Press, the grey matter practically rushes to fill the gap: Are they a knuckle-dragging hardcore band? The next ones to try pointless dub-step reboots? A bunch of dude-bros with lyrics about flexing?

Think The Nation Blue spliced with Joy Division, or Eddy Current Suppression Ring having a crack at covering The Stone Roses

Thankfully, Bench Press are none of these things. Despite the ‘how-much-do-YOU-lift?’ connotations that their name may conjure, this Melbourne quartet isn’t interested in flaunting or fetishizing their masculinity on their self-titled debut album, instead choosing to viciously dissect it. As frontman Jack Stavrakis puts it, “lyrically this album is all about introspection–looking closely at yourself and being honest about your own situation in an attempt to better understand how you feel–to learn from this and to be the best you can be.” And across ten tracks, this self-reflexive analysis takes the form of classic post-punk rhythms laced with a brittle, garage-rock snarl.

Single Burning Up zigs and zags with a penetrating guitar lead and wandering bassline, tip-toeing around call-and-response vocals that are playful in their piss-takery. But it’s the record’s mid-section that stands out, bolstered by a knock-out, three-track combo. Wanna Go finds Stavrakis playing the mediator, talking a mate down from the ledge of self-destruction; lead single Group Anxiety works the loud-soft-loud dynamic with a shimmering, 80s feel; while the cathartic Powerless simmers with subdued pleas in the verse, before bursting with restless energy in chorus, running full-steam towards a tense and frenzied finale. Think The Nation Blue spliced with Joy Division, or Eddy Current Suppression Ring having a crack at covering The Stone Roses; however you slice it, Bench Press is an exciting, earnest and thoroughly enjoyable listen.