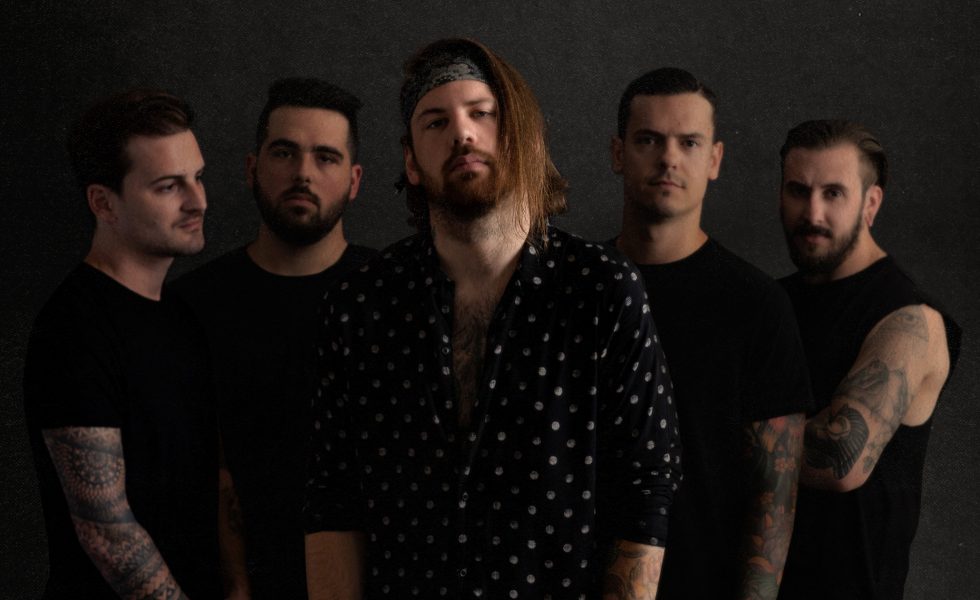 BEARTOOTH // Living With A Disease

Beartooth’s Caleb Shomo is the most relaxed he’s ever been. At least, it seems that way to Hysteria having interviewed him in previous years.

It might be the few drinks he’s had, but this Shomo seems much more at ease than before. The band are “getting loose” on their days off in upstate New York around Albany. Translation for the singer: he’s doing “literally nothing … just trying to soak it up and take it easy” Pretty understandable when it’s the band’s biggest headline run and they’re right at the beginning.

But Shomo’s no stranger to long runs; 2018 serves as the 10th anniversary of his touring career. “This is kind of what I’ve always done. It feels weird when I spend too much time off the road. Something doesn’t feel right and I feel itchy. It’s kind of the life I’ve always lived. I’m just glad I still get to live it. It really is a mad blessing and it’s a lot of fun … I guess we’ll see what happens in ten years. But at this point I’m still addicted right to my core. I just couldn’t imagine not being on the road in some capacity.”

Onto their latest record Disease, we immediately tell Shomo the cover image is striking. The snake draped over the model’s face almost looks like guts spilling at first glance. The inspiration is almost the opposite according to the singer. Curling inwards rather than gushing out. “Let’s just make this visually straightforward,” he says of the cover’s intention. “How do we put this record into a photo? So after discussing, [the photography company] said it felt like they were being constricted by a snake. We had a great model who was willing to be covered in a snake for two hours. To me the record doesn’t really let up. It’s dark and morbid in a weird way. It starts somewhat positive but then it goes downhill. It ends on a really sad note and that’s what we were trying to depict with the cover image.”

Rather than going the well worn path of recording in his faithful basement, Shomo emerged and recorded Disease in multiple, actual studios. This gives the record a frantic feel; like each take HAD to work out. For the singer (and mastermind behind everything the listener hears on the record), they pretty much did have to work. It’s only him behind every note, so he only has himself to blame if things go wrong. “Not having to rely on digital guitar tones and drum samples meant I was really playing out every take. That gave it a lot more emotion. Honestly for me the music is where the emotion comes from and makes me feel something. Obviously the lyrics are very important. I think really performing every part of that is huge to me.” Diverging in our thoughts on the record, Hysteria tell Shomo that the switch to analogue felt freeing as we listened.  “That is killer that you think that. I’m really glad you got that from the record,” says the singer. “To me, when I hear the record it kind of reminds me of the whole process. Which was really fucking brutal. A least of deep diving into self-deprecation and fighting through that. It was pretty gnarly to make.”

It’s meant to be a sad record but that’s part of what I want Beartooth to be. I love putting those sad fucked up lyrics over something that makes me feel good inside.
[CALEB]

“It’s meant to be a sad record but that’s part of what I want Beartooth to be. I love putting those sad fucked up lyrics over something that makes me feel good inside.” For those who’ve listened to the record, its devastating closer Clever is no exception. Those expecting another Sick and Disgusting or King of Anything may be surprised at first listen, but as the lyrics begin to stick, it all begins to make sense. “That was the last song I wrote for the record actually. I was in a really vulnerable stuff when I started writing it. I started working on the lyrics and said ‘fuck this’; I don’t want to write another song like this. I’m sick of singing about this, I don’t want anyone to know about this… the whole point of the song isn’t meant to be clever. It’s as straightforward as I can be. That’s where the lyrics started getting dark because all of them are rooted in some really dark shit for Beartooth. I often find metaphors and similar things to soften the blow. But for that song I was just sick of writing a clever lyric for the sake of writing one.”

Intriguingly, the record wasn’t always meant to finish with Clever. Shomo actually scrapped the original ending that fit more in the previous records’ style of despair. With one take in New York, the singer arbitrarily danced around on piano keys and sang whatever came to mind. Of course with his trademark wit—“It was a traditional ‘way too fucked up to ever listen to’”—Shomo softens the blow again. But Clever clearly made it through. “At the same time, it felt right to end on a more musical note. The music is much more important on Disease than in the past. We shelved the crazy fucked up ‘alternate ending’ I guess we’ll call it.”

So will we ever hear that mythical closer that’s somehow worse than anything before? It truly feels like this Caleb Shomo has come to terms with his own self on Disease. Previous attempts to ask this sort of question may have forced quiet introspection on revealing too much. Now Shomo laughs, easily able to recognise that he’s already pushed the boundaries on what’s acceptable to release into the world: “Oh that one’s brutal. Even for me to listen to, it’s tough to get through … But I guess we’ll see in a few years.”

Disease is out via Red Bull Records/UNFD on the 28th September.