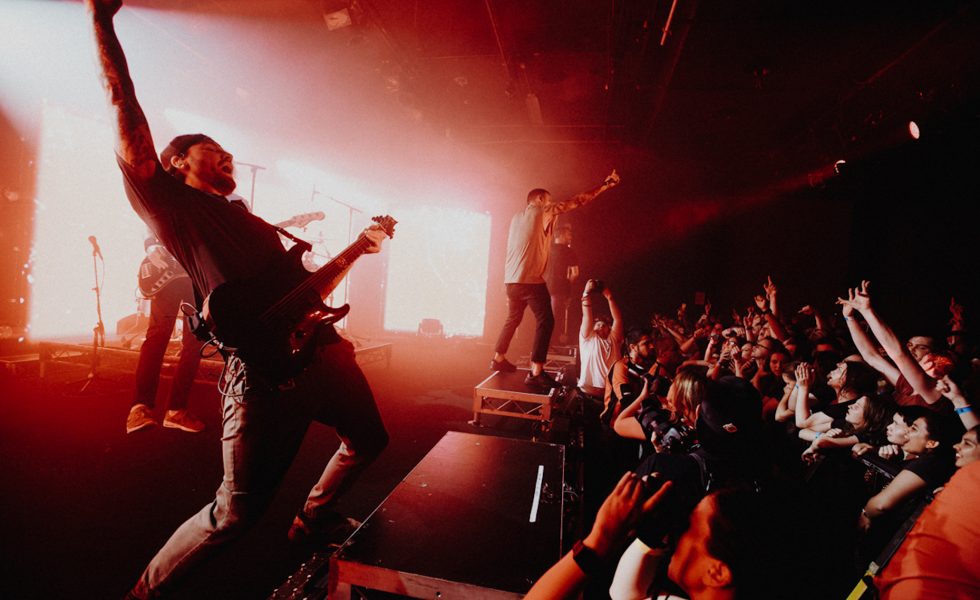 PARKWAY DRIVE // Live At The Top of The World

Jan 19, 2018 / WORDS Alasdair Belling, Contributing Editor / PHOTOS Sandra Markovic / Not the end of the world, that's some other place

Everyone has a beautiful moment of discovery in their life. Whether it be a new hobby, movie, a type of job or art, we can all remember a collection of moments in our lives where we stumble across something bigger that we know will open the door to endless other avenues of similar excitement.

Parkway Drive’s Horizons was such a moment, musically speaking, for so many alternative music lovers across the world. From the crushing blast beats of Boneyards, to the emotive, larger than life atmosphere of the title track, it was an entry moment for so many that would become part of the standard to which all subsequent metal would be compared. It came as no surprise then that the band would quickly sell out three nights at Sydney’s Metro Theatre for the decade celebration of the landmark record. The shows allowed old timers to come out of mosh retirement, and new kids to throwdown to songs they no doubt thought they would never hear again in a live setting.

Such a diverse age range was instantly apparent when I arrived at the venue, with 35+ year olds squeezed into their skinnys and checking their phones to make sure the kids were safely asleep, mixing with bright-eyed high schoolers who were chomping at the bit for the arrival of the night’s touring support act Polaris. 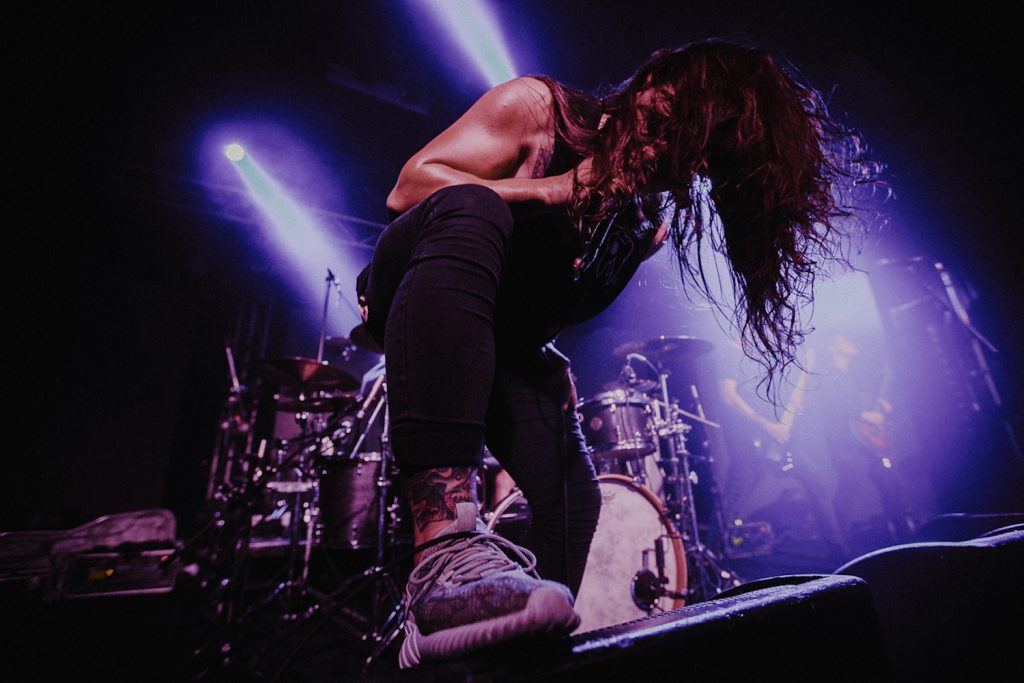 There’s not many other emerging bands across all genres in Australia that can claim to have the buzz and excitement that surrounds Polaris right now. Since releasing their debut LP The Mortal Coil, the band have scored a triple j feature, done countless laps around the country and just recently completed a marquee appearance at Unify. 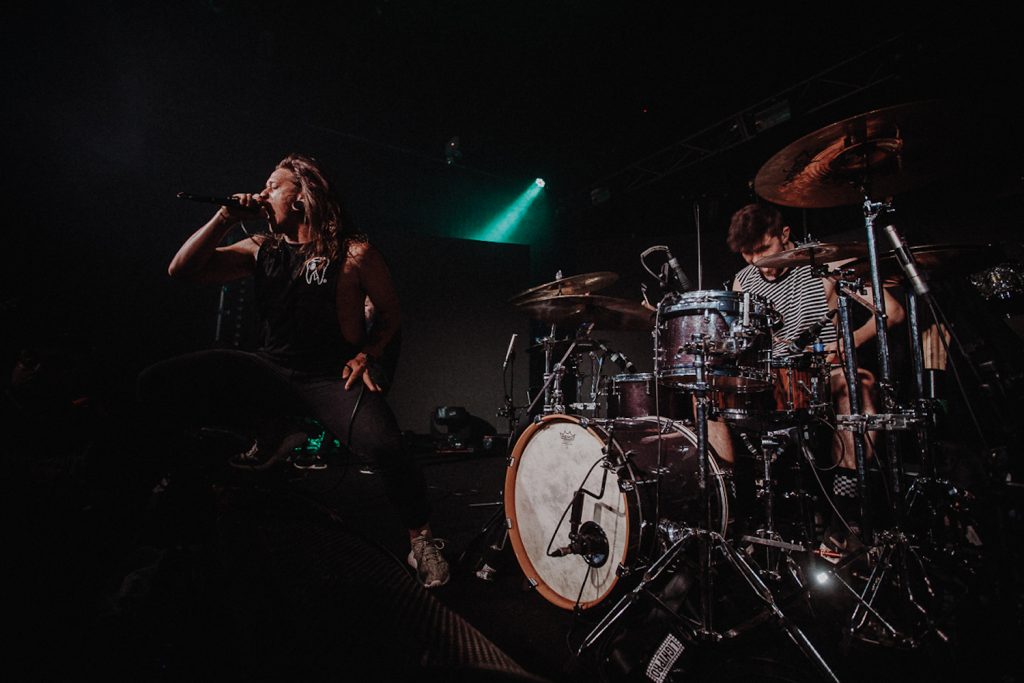 It was therefore a headliners welcome that greeted the band as they strolled onstage, a reception that quickly turned into a churning sea of limbs and crowd surfers as the band launched into Lucid, a furious cut from their debut. 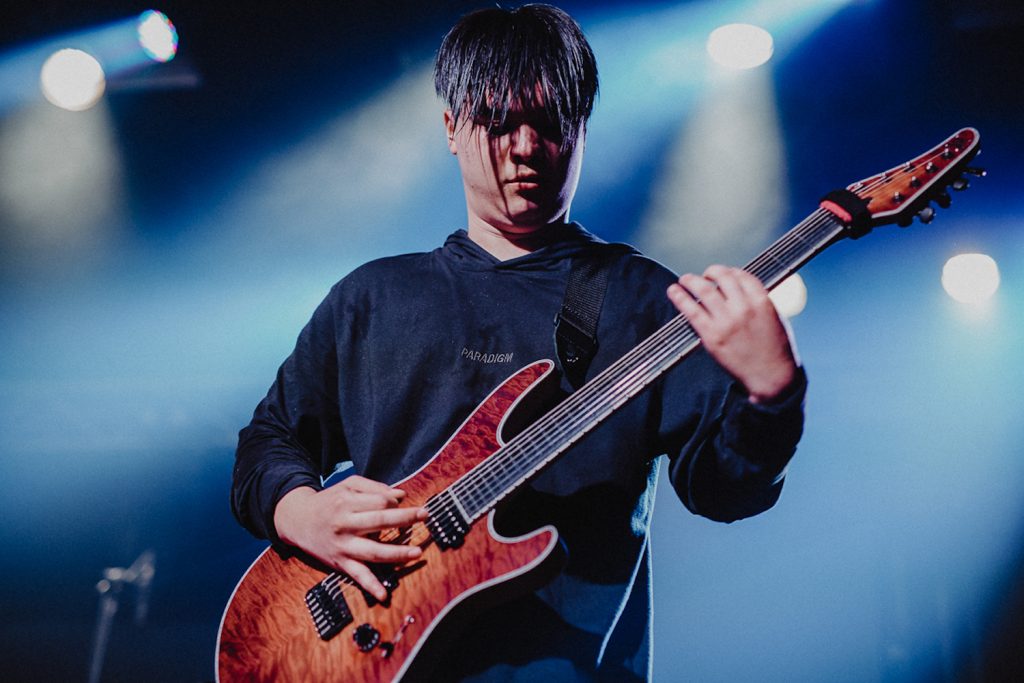 While the band was evidently tired from their huge start to the year, that translated only to a slightly sluggish stage presence at the beginning of their set, with standout single Consume helping the band into gear and giving them the ammunition to fire on all cylinders right through to set closer The Remedy. This band has long been the talk of the heavy town, and after such a strong showing on what is surely a gruelling run, the band more than proved themselves worthy supports to the original Aussie battlers. 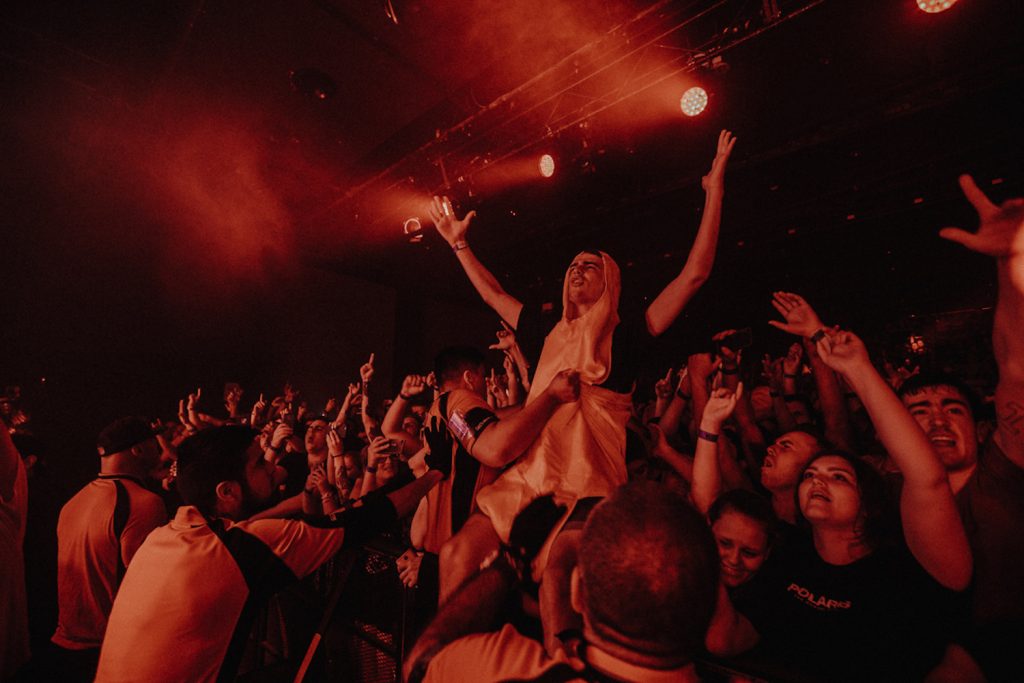 After 20 minutes of anxiously waiting, many in the venue no doubt found themselves reflecting on the effect Horizons had on them growing up, and what it meant to be seeing the album presented in full in a far more intimate venue than what many have grown accustomed to with Parkway shows.

Despite the obvious enormity of the record, it still came as a shock to me how much the room positively exploded when the lights dimmed and the first chords of Begin rang out on the PA. Straight away we were back in the local haunts of 2007, when social media didn’t rule the landscape and selfies were a figment of the imagination. As Winston McCall and co. emerged from side of stage and put the foot to the floor with opener Siren Song, it was evident that nothing else in the world mattered to those in attendance. A wall-to-wall circle pit tore apart in the middle of the room, picking up pace with Feed ‘Em To The Pigs, with crowd surfers swarming the barrier in overwhelming numbers. 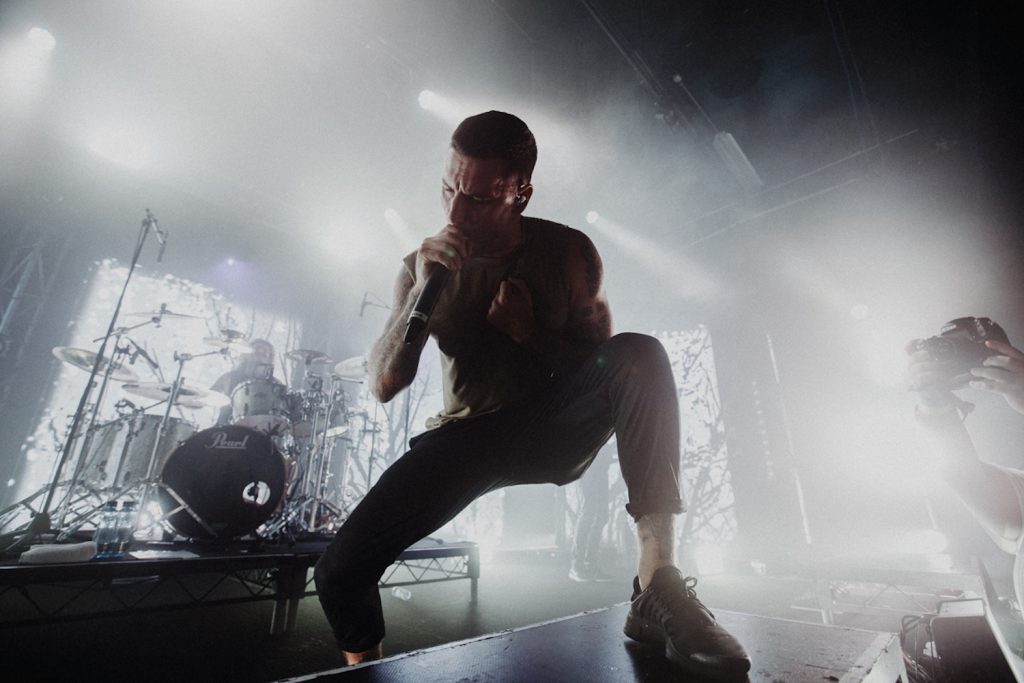 The band themselves, despite having transitioned from cheeky surf brats to mature, Byron Bay community members, still retained the youthful joy that made Horizons such a gem. Moving through the album in categorical order, axemen Jeff Ling & Luke Kilpatrick worked effortlessly off each other (particularly evident in deep cut Five Months), while cult hero Jai ‘Pie’ O’Connor locked metronomically with now dreadlocked Ben Gordon on drums. Nearly 15 years of touring had turned the band from a frantic, guitar slinging circus to a tight, polished unit, yet still with that free spirited spark.

The band themselves, despite having transitioned from cheeky surf brats to mature, Byron Bay community members, still retained the youthful joy that made Horizons such a gem.

The night however truly belonged to Winston McCall. “Slim to none of you will have moshed to these songs, but others we’ve been playing for close to ten years” he laughed before surveying the chaos that ensued with the drop of Carrion. With the ability to shriek bloodcurdling high’s to deathly lows, showcased on Boneyards, McCall performed with child-like excitement and energy, air drumming, hi-fiving crowd surfers and delivering a pitch-perfect vocal delivery. No doubt one of metal’s most beloved and relatable frontmen, it was clear McCall had lost none of the energy and enthusiasm that made him beloved by so many, presenting as the same lovable singer fans have known since 2005. 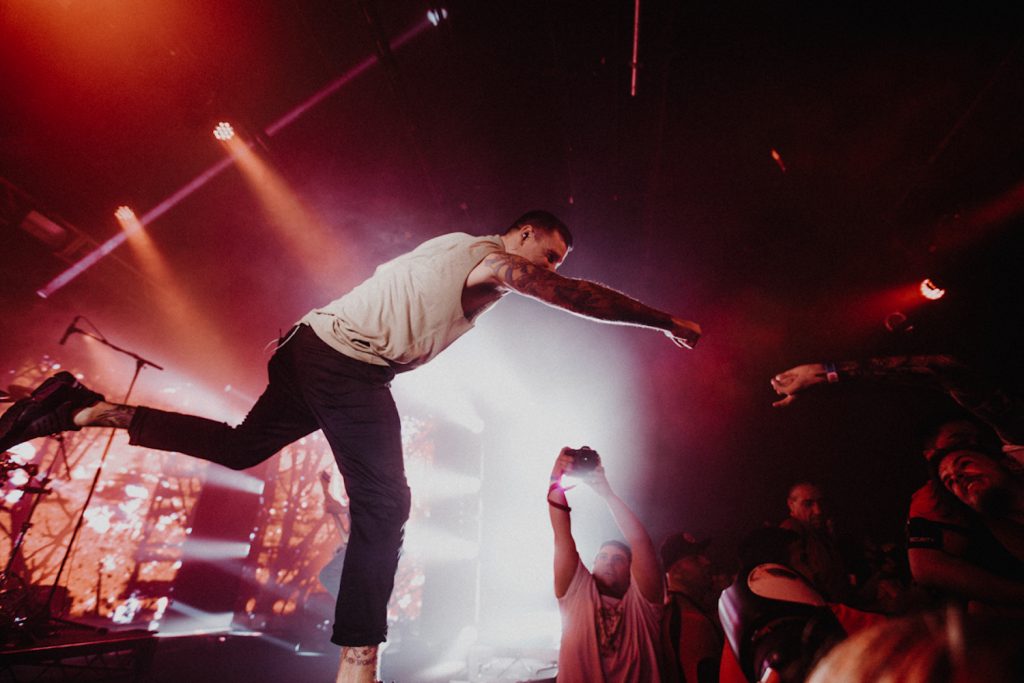 Even ten years on it’s evident that even the deep cuts of Horizons mean so much to punters. Taking a break from the order mid-set to drop in some fresher cuts with Wild Eyes & Vice Grip, the band easily won some of the nights biggest singalongs, but the best was saved for the birthday record of the night. 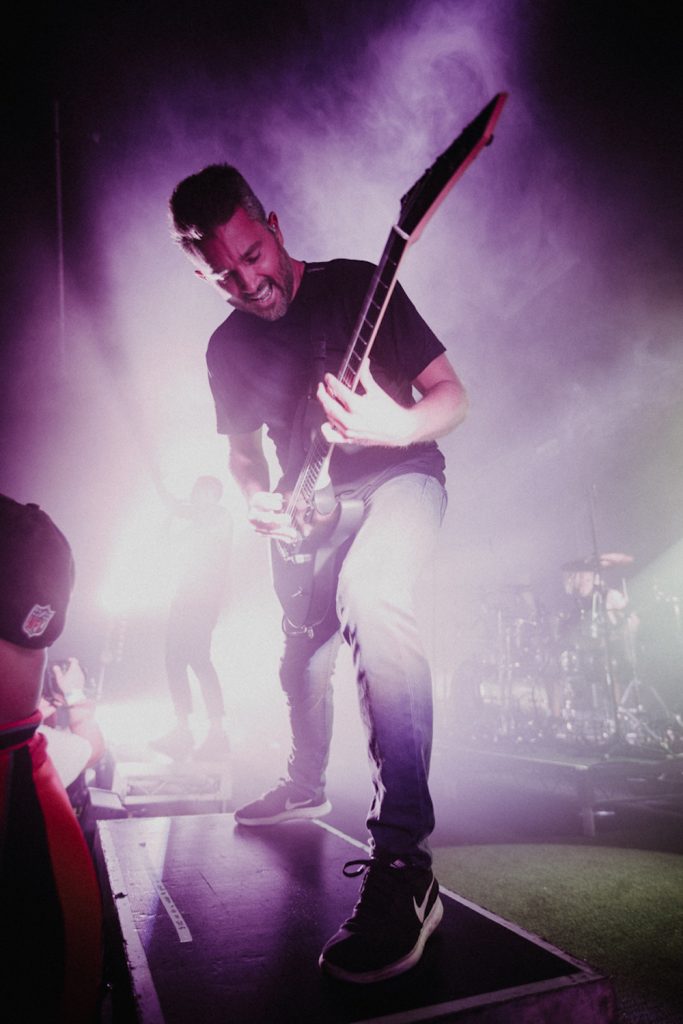 The furious shred of Breaking Point gave fans a chance to finally see Ling perform the song’s opening leads in the flesh, while Dead Man’s Chest saw even the crustiest of retirees come roaring out of pit retirement when “All Hell breaks loose!” sounded. 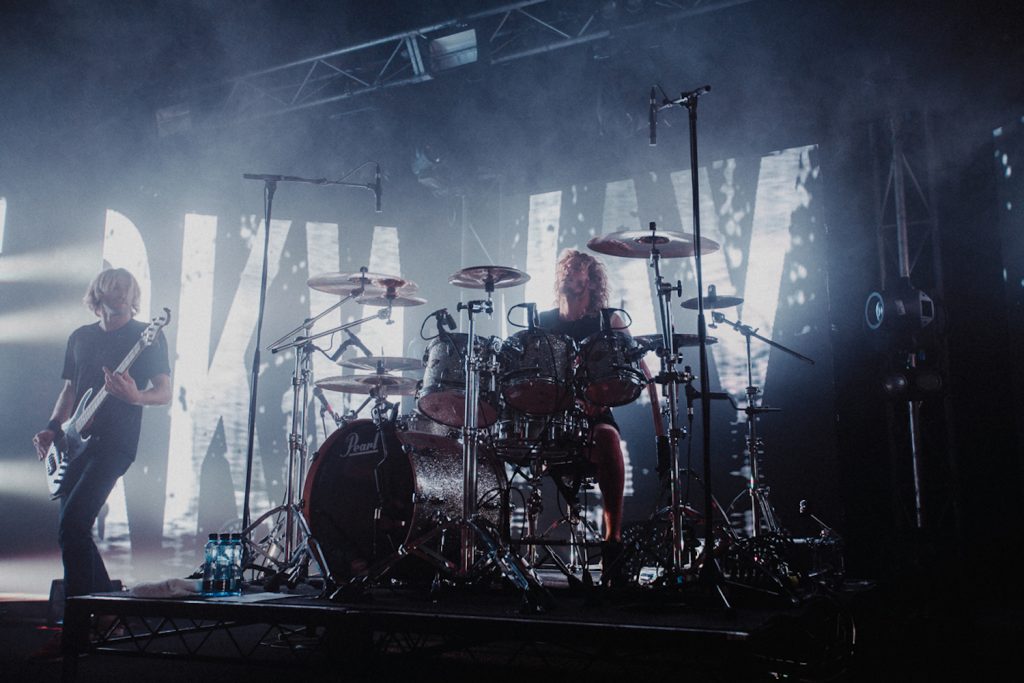 Surprisingly, perhaps the biggest reaction of the evening was saved for the album’s title track. A long-time fan favourite but rarely aired live cut, the circle pit churned with a new level of intensity when the speed picked up, before the Metro as one lifted their hands to the stage, roaring “Horizoooooooons” in an unexpected and moving outpouring of both emotion and nostalgia. The band returned to the sweaty horde to gift us Crushed & the furious Bottom Feeder to conclude proceedings, but one felt this was an afterthought, with the true spirit of the show captured in the 11 tracks previously played. 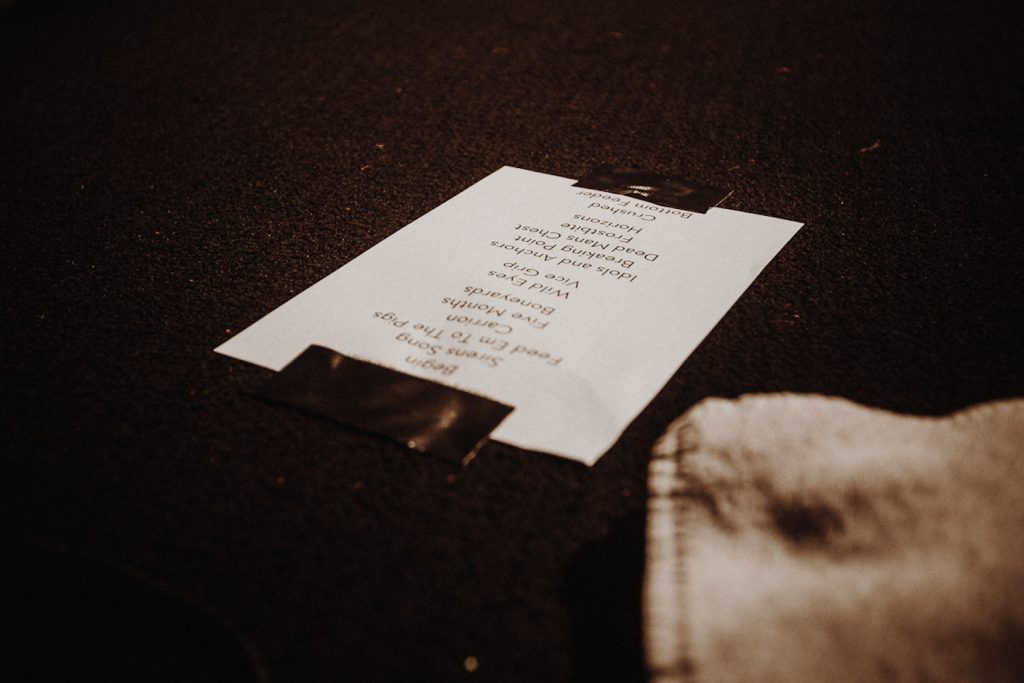 It’d be foolish to write Parkway off as a band that is no longer relevant. Their most recent effort, Ire, was both genre defining and saw them perform their biggest shows to date. The enthusiasm in the youthful underbelly of Byron Bay is what was captured so perfectly on Horizons, an energy that is impossible to miss, no matter how much time passes. There might be some grey hairs sneaking into the fringes and locks of both band and attendees, but as shown by both the energy of the band and mix of the crowd, there will only ever be one Parkway Drive, and Horizons will never be topped.

Catch Parkway Drive on their A Decade Of Horizons Australian Tour with Special Guests Polaris at the following dates:
Very Limited Tickets are available here.