OCEAN GROVE // Get in the (little bit ominous) Van

Ocean Grove may well have been flying under the radar, but their days of being relatively unheard of are over now their Black Label EP is out. Scoring support slots with Volumes, In Hearts Wake and, most recently, the Northlane Node tour, they’ve toured the hell out of 2015. Sitting on milk crates next to a dumpster, vocalist Luke Holmes and bassist/singer Dale Tanner are wholly excited to talk about anything and everything related to their experiences with Northlane. Diving into tangents and not caring one bit if they sound giddy, these two (along with their three other members) just want to keep playing until they fall to the floor. Luckily enough, Hysteria were there along the way to find out what it’s like to be on the biggest tour of Ocean Grove’s life.

Highlight of the tour:

Luke: I’ve thought about my highlight already actually. My highlight of the tour was the Roundhouse show on paper. But the thing I enjoyed the most was probably in Brisbane because it’s one thing getting validation from the crowd, but having Matt Greiner from August Burns Red sitting down and smiling at you while you’re playing is a whole other thing. Their guitarist JB said “I’ve got a feeling this won’t be the last time we see you, in three years we’re going to see you in Europe at the same festival.”

On getting a helping hand:

Luke: We’re getting validated and not letting these people down. I would hate to go and play a shit set, rile the crowd up and be like “I regret that so much”. The band are giving you a chance, and they definitely don’t have to. I know Parkway brought Northlane out when they were smaller, Amity’s helped out In Hearts Wake, so it’s good to see both those bands paying it back to us.

When they’ll know they’ve made it:

Dale: It took us until the tour was over to look back and realize it happened. Like “holy shit, that just happened!” It didn’t seem real when we were doing it, so knowing we might look back on this tour together with the other bands at some point with them, it’s amazing. Seeing them overseas, that’ll be the moment.

What they’ve learnt from how the other bands tour:

Dale: Exactly. We do it every time we tour. Take little parts of how they go about tour, their before stage preparation, their on stage performance. A cool guitar trick? We soaked in as much as we could of what we found appealing and what works. I think Northlane is a really good example of doing something different.

Luke: That’s why we match really well with them.

You do it because you’re fucking playing music for living together dude!
[ DALE ] 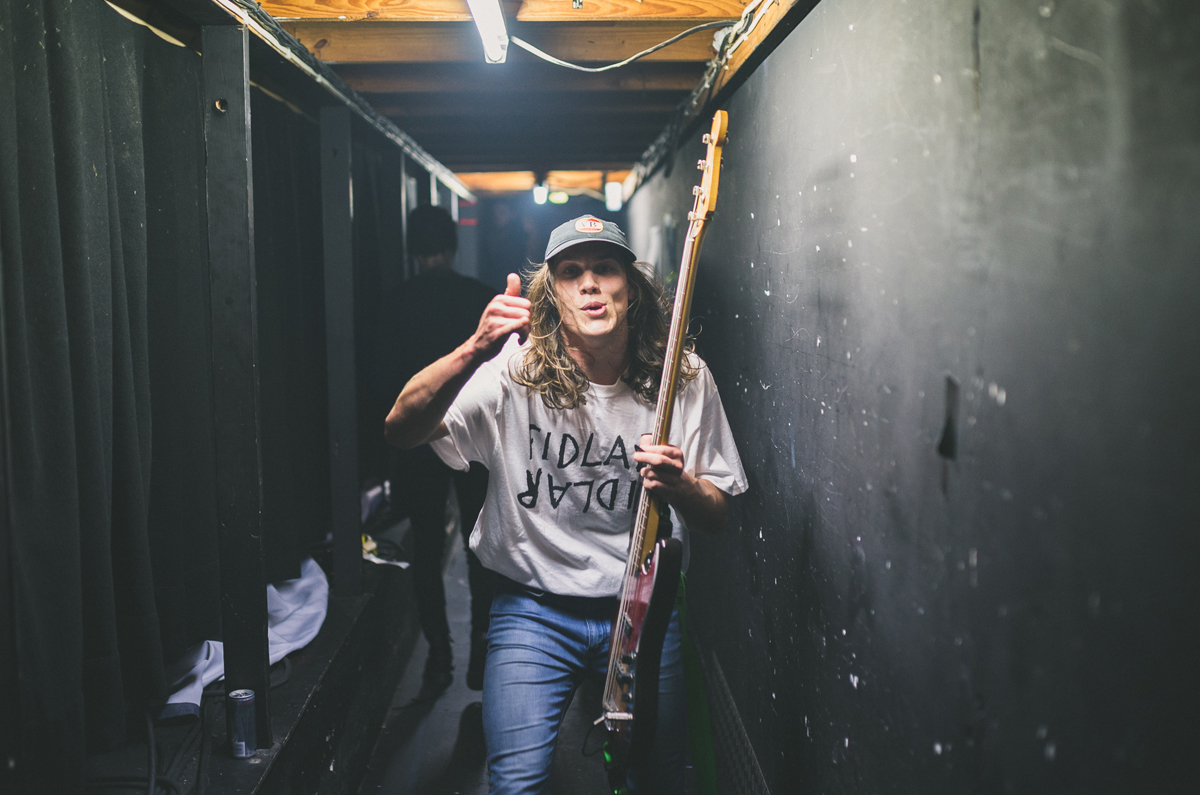