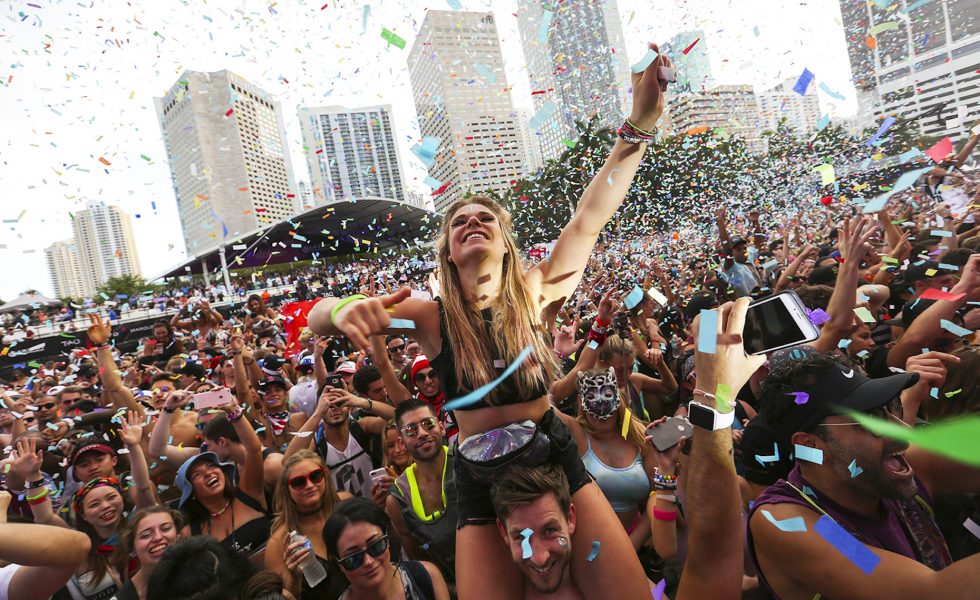 Allegations of sexual misconduct have surfaced overnight, against Dave Cutbush, the man behind the Perth based Life Is Noise touring company.

Hysteria has been contacted by a young woman, Lucy Hind, who has recently posted screenshots of a conversation between herself and Cutbush.

Ms Hind advised that she has previously posted, but they were overlooked and as a woman working in the music industry, she didn’t name names due to the fear of repercussions to her name and her standing and career. Which sadly, is the case with so many who are scared to come forward about any sort of assault or abuse.

You can see her screenshots below, and please, if you have experienced any form of harassment, assault, victimisation or bullying in this industry or any, please report it to authorities or someone who can help you handle the situation. You will be fully supported. #meNOmore.

The now former director of Life Is Noise has made the following statement regarding the allegations:

To everyone this may concern,

I would like to address the accusations levelled in social media and beyond about my conduct. It is true that in the past I have acted poorly and in a manner that is inappropriate and sleazy.

Using my male privilege to gain sexual favours has been disrespectful towards women. I have used my position in the music industry to my advantage. I have propositioned women much younger than me and have behaved creepily in person at music events and online.

I wish to apologise to the many women I have hurt. However, I don’t expect forgiveness. It has taken me too long to realise I have created situations which made women in the music community and beyond feel uncomfortable or unsafe. I’m now committed to examining my actions and learning ways to change.

The #metoo campaign and more recently the #menomore campaign has been weighing heavily on my mind. I thought this day would come when my actions and behaviours would be exposed, and I deserve to be found out.

Specifically, I would like to apologise to the young girl in Sydney I asked out for a drink. This was a few years ago and she was 16 at the time, and this proposition was not appropriate as I was almost 20 years older. I am sorry for that. It was entirely out of line.

Whilst I have acted shamefully and said things I regret, I have at no stage physically or sexually abused anyone. This is something of which I am certain. Any allegations to the contrary are untrue.

I have been removed, effective immediately as a Director of Life Is Noise and will have no future involvement in the company. I would like to offer my sincere apologies to my former business partner, whom is in no way responsible for my actions and behaviours.

I humbly acknowledge these mistakes have not just affected the many women I have hurt but everyone around me, my family, friends and colleagues who have stuck up for me over the years. I sincerely apologise to you all.

But most of all I am sorry to the many women I have treated inappropriately, hit on, been sleazy towards or any other negative, disrespectful behaviour. Should anyone wish to speak with me in person, I am here to offer you my apology face to face. There are no excuses for what I have done.

I am also seeking treatment for substance abuse problems which is not an excuse for my behaviour but an explanation of the context surrounding such poor actions.

I want to respectfully acknowledge my wrongs and educate myself to be a more compassionate human and show more respect to women.

I will be taking time to deeply reflect on ways to change and be a better person. None of these words makes this right. But I am genuinely and deeply sorry.

The ripple effect of these allegations are now beginning to affect the promoters planned tours. American band Sleep, scheduled to tour Australia and New Zealand with Life Is Noise in January, have just announced that they will be cancelling their upcoming tour.

You can read their statement here:

UPDATE 1132 AEST: Cutbush removed from Life Is Noise in light of allegations

The Co-Director of Life Is Noise, Jack Midalia, has come forward to address the allegations against Cutbush and made the following statement via the Life Is Noise Facebook page:

With supporting statements from many musicians and venues in the Australian music industry, these allegations are being taken seriously and any victims are urged to come forward to the authorities in regards to this, and any other sexual abuse matter, that they have experienced.

Social media posts calling for boycotts of the upcoming Life Is Noise tours have brought to light these allegations, with a number of comments from both women and men calling out the tour promoter for his alleged predatory behaviour.

One young woman posted a conversation she had with the promoter where he suggested ‘hooking up in Sydney,’ and after learning she was only 16 at the time, persisted in asking to meet up with her. 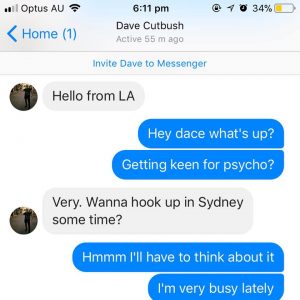 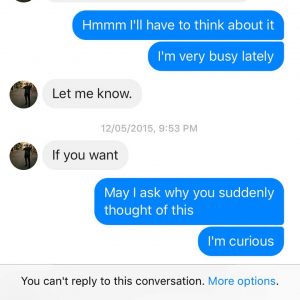 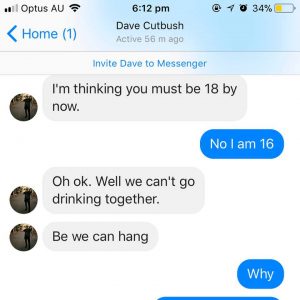 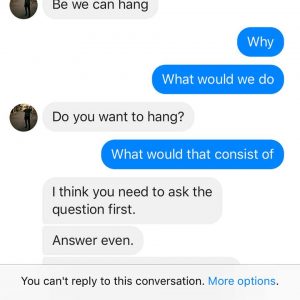 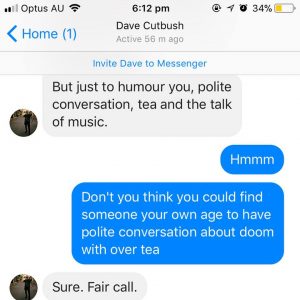 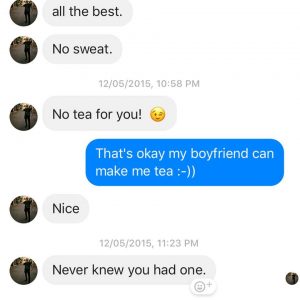 Another individual has made a substantial post about Cutbush and his abusive ways, accusing him of inappropriate behaviour towards an underage girl at a High On Fire show. You can read the post here. 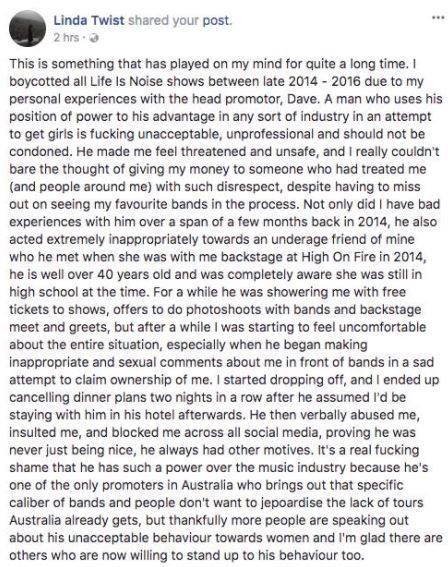 Many more have come forward with their own comments, including those who claim to be in the know, such as rival tour promoter Robert MacManus, who suggests that this alleged behaviour has continued for some time in the below post.

MacManus, who has his own chequered past, was a former business associate of Cutbush. The pair severed ties in 2012 after a proposed tour with drone metal group Sunn O))) was cancelled under acrimonious circumstances.

This story will continue to be updated as more news comes to hand.