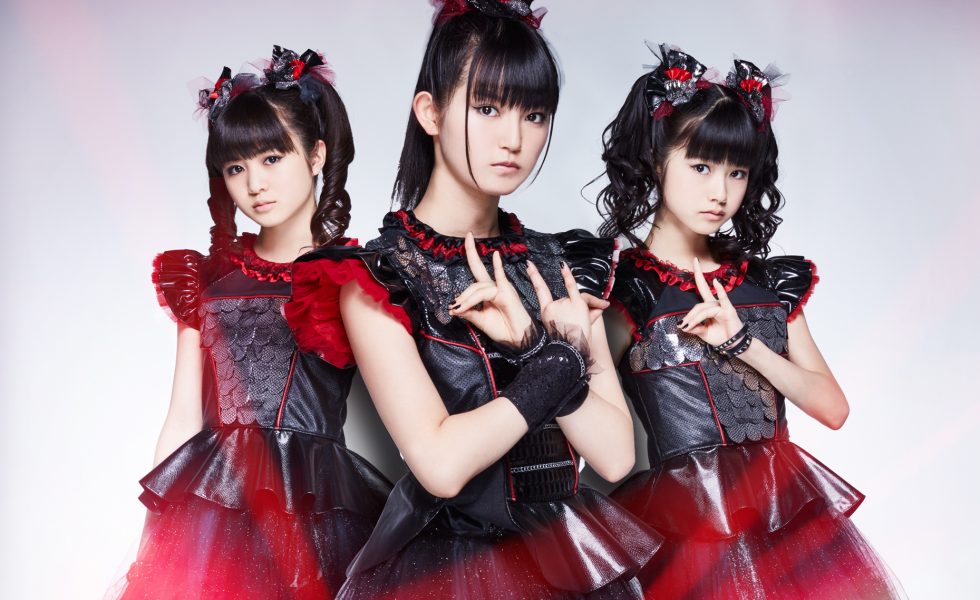 Japan is as Western as the East gets. Tokyo is a sea of grey, penetrated by a big Orange Tokyo Tower. From space, Tokyo looks just like any other metropolis. On the ground, coloured lights play off Harajuku faces. Kids duck and weave through Akihibara arcades. Drunk salarymen wander down to shinkansen at midnight as home beckons.

The image of Japan we foreigners see is a blur of kawaii (cuteness) and the bizarre. A confluence of kombini and deference to the old ways. To the Westerner, Babymetal is part of that image. It’s reflected back by manga, anime and insane game shows. You know the kind. It’s fire, it’s cuteness; it’s red, black, and dancing all over. It’s Babymetal. It’s taking the pop and metal world by storm.

Everything that happens on stage, off stage, creates the mythos of Babymetal. Just like pro wrestling, all that is ‘true’. In the real world, the teenage Babymetal formed in 2010 as a Japanese idol pop group. Its aim: to promote kawaii metal—an unholy union of Japan Pop (J-pop) and heavy metal music.

Achieving that end, the Amuse talent agency recruited pop hopefuls Suzuka Nakamoto as Su-metal (18*), Yui Mizuno as Yuimetal (16), and Moa Kikuchi as Moametal (16). It’s hard to tell where their onstage personas end and real selves begin. Unofficially, their producer Kobametal arranges everything for the girls, taking care of everything bar actually singing and dancing for them. Even so, they also answer to an even higher power—kitsune, the fox god.

“Since the first time Babymetal came to be, the fox god was always showing us the path to go to,” ‘big sister’ and Babymetal leader Su-metal says through the interpreter. It’s like talking down a tube, hearing two Japanese ghosts converse until a reply comes back in English. “Kitsune brought revelations to us, telling us what is going to come in the future. That’s why we believe in the fox god, although we’re not sure who he is.” 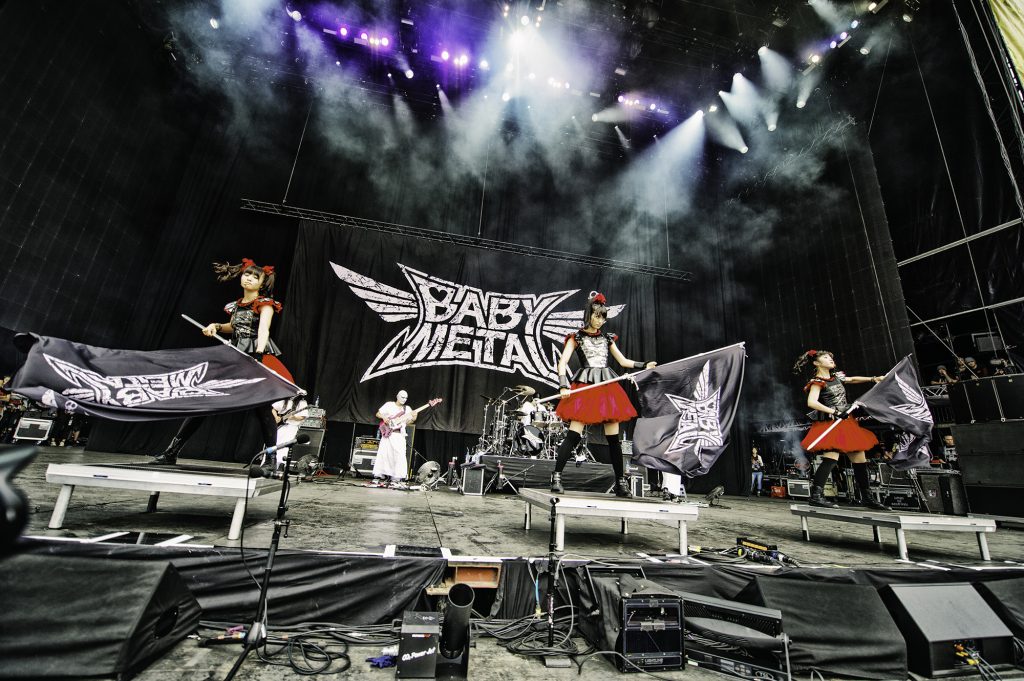 Faith manages. Their faith spills over into their fox god hand gestures, instead of the traditional devil horns. Has faith carried Babymetal to international superstardom?

“Every time a new revelation is brought to us from the fox god, sometimes they are really big, big events or revelations,” we’re told. “Sometimes Babymetal isn’t sure if we’re able to overcome it or if we’ll be able to do it but because it comes from the fox god. It gives us the courage to actually pursue whatever it is the fox god tells us.”

In a recent interview with Fuse.tv, Kobametal told doubters it’s their choice to believe in the fox god or not. If the fox god is real, he’s used divine provenance convincing riff and thunder-worshipping metalheads to crossover into commercial pop’s evil realm.

“People who come to watch Babymetal or listen to their records, some of them come from the metal background, some come from the pop music background and it seems that because of Babymetal, metal fans are now listening to pop,” Su-metal says with certainty. “The pop fans are starting to listen to metal and the same goes for kids their age, who are exposed to, just as they were, to metal music … which they have never been exposed to before. The inclusion of both genres is helping each other grow stronger.”

If you’re in a heavy metal band, or longed being in one, your goal is becoming the biggest metal show on Earth. Iron Maiden reveals their majesty in a mesmerising full arena show. Pyramids, Sphinxes, a nine-foot-tall mummy mascot Eddie stalks the band playing Powerslave; that’s the metalhead dream made flesh. Babymetal bypassed slogging it out in dingy clubs and sleeping on dirty van floors. With deep pockets backing them, the elements of dense minerals are all there. Elaborate stages with Egyptian and industrial themes. Fire, wind, and thunder. Volume just under the threshold of pain. It’s the same principle, dressed up in frilly red and black dresses.

“It’s not as simple as putting on a black t-shirt,” Su-metal says through her interpreter. “Our main colours for example are red and black which has been very prominent from the start, even in metal. We wear skirts, which is very girly. At the same time we wear studs and some elements on our costumes that do represent something that’s more, not masculine, but more metal. It’s something that represents us which is a combination of something very hard, with something cute or more soft.”

The Hello Kitty gone goth and wielding a chainsaw aesthetic hurled them to the pinnacle of Japanese, indeed, world rock stardom. They packed out the famed Budokan arena in March 2014—barely four years after forming.

Sometimes Babymetal isn’t sure if we’re able to overcome it or if we’ll be able to do it but because it comes from the fox god. It gives us the courage to actually pursue whatever it is the fox god tells us.
[SU-METAL]

“For a Japanese artist, [Budokan] is a place that everybody wants to play,” says Su-metal. “When I was younger, dreaming of becoming an artist, it was always a dream to perform at Budokan. We really didn’t grasp the reality of it even when we were on stage. Looking out into the crowd, a sold out audience, we only [then] realised we were at Budokan. It was very surreal.”

Remember, this is a ‘metal’ band plucked from obscurity. It’s a band with an average age of 17. Before Babymetal, Su-metal didn’t know what metal was. She had to learn on the job. Lucky for her, she learned from the best.

“The first inspiration for me would be Metallica,” she says. “It was the first time I saw a metal band live. It was in 2013 at a festival in Japan called Summer Sonic. It was a very different experience because looking at the legendary stars on stage, they are on a very different level. The music just hit me. I have to thank them for a lot of the inspiration to continue to do what I am doing in Babymetal. To try to live up to I guess, where Metallica is.” 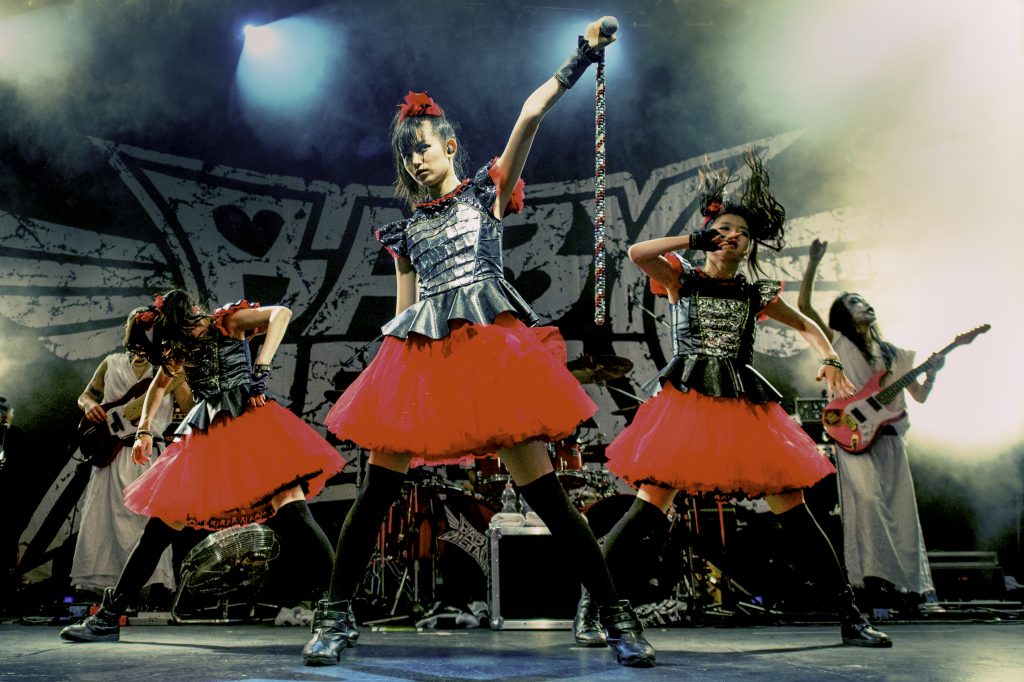 It was only a matter of time before they captured the attention of the West. Always on the prowl for the avant-garde, Lady Gaga invited Babymetal to open five of her ArtRave concerts in 2014. No matter where they play, Babymetal win over sceptics.

“People were there for a Lady Gaga concert, not Babymetal concert,” Su-metal says. “We did feel that, okay, these people are not really warming up to us.”

All they needed was time, Su-metal remembers.

“As we performed, we started to see people in the crowd holding up the fox sign. We always hold it up during our dance performances and always to the fans. Even during the Lady Gaga show, halfway through the show people were holding up the fox signs or even singing along, even though they didn’t understand what we were singing about. It was just overwhelming for us to be accepted by the fans at Lady Gaga’s show.”

JUST ANOTHER BRICK IN THE LANGUAGE BARRIER

As Su-metal says, not many westerners know what Babymetal is singing about. Sung entirely in Japanese (with the occasional English phrase), song meanings fly out the window. For Japanese fans, it’s all about positivity. Single Ijime, Dame, Zettai (translated to No More, Bullying, Forever) isn’t regular heavy metal fare.

“There’s a lot of messages in our music that helps to motivate our listeners. Usually metal lyrics are very dark or depressing—we try to run away from the conventional and do something that is unique to us. That’s achieved by having positive messages in our lyrics, which is maybe not so common with metal artists.”

In metal and in pop, Babymetal can’t be accused of breaking the cardinal rule—don’t be boring. Fans come to Babymetal not because of their message, but rather their music. Though not officially acknowledged, Babymetal collaborate with other metal artists which have included Christopher Amott (on the Nemesis version of Ijime, Dame, Zettai) and Herman Li and Sam Totman of Dragonforce, co-writing Road of Resistance on new album Metal Resistance. The trailer for the track shows Su, Yui and Moa flying the Babymetal flag to packed crowds around the world. What unites them is obvious.

“Our music is catchy. Music that’s very easy to get into. That all sums up what Babymetal is, including our lyrics being more positive or motivating. That’s probably why some fans who are so used to the regular or the traditional metal would be interested in Babymetal because we are different.”

Babymetal is launching Metal Resistance on 1 April—Fox Day—at the iconic Wembley Arena. Only a handful of pop bands, let alone metal bands, could cap off a tour in such prestigious fashion. They’ll be touring up until July through the US and Europe with an extravagant final date at Tokyo Dome. There’s little stopping them—haters need not apply.

Babymetal was supposed to appear at this year’s doomed Soundwave Festival, disappointing fans and rubberneckers alike. Will they ever make it to Australian shores? 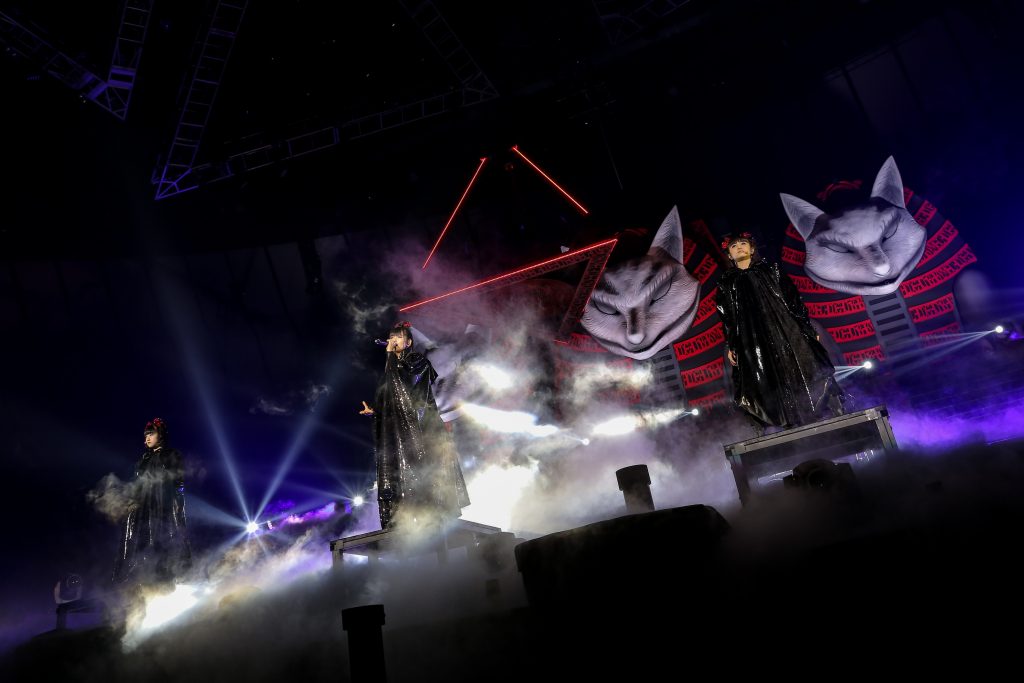 In Reverence to Kitsune

What is Idol Culture?

If you thought Western culture was obsessed with celebrity and artifice, the Japanese boiled it down and bottled it nigh on 40 years ago. Idol culture is the unironic veneration of kawaii: youth, beauty and glamour. Talent agencies cobble together idol pop groups to push product—be it cosmetics, magazines or even instant ramen. Sometimes the group is just a vehicle for new talent, as older stars (pushing their mid-20s) roster out into mainstream artists or disappear into obscurity. It’s quite possible the Babymetal of today may not be the Babymetal five years from now—perhaps even sooner. Su-metal knows that, and explains it:

*Ages correct at time of writing.

END_OF_DOCUMENT_TOKEN_TO_BE_REPLACED

Canada’s Locket are back and in a beautiful way. MORE: NOFX: Fat Mike Chats Double Albums, Being Ghosted …