YOUNG LIONS // Ladies And Gents, We Are Floating In Lions 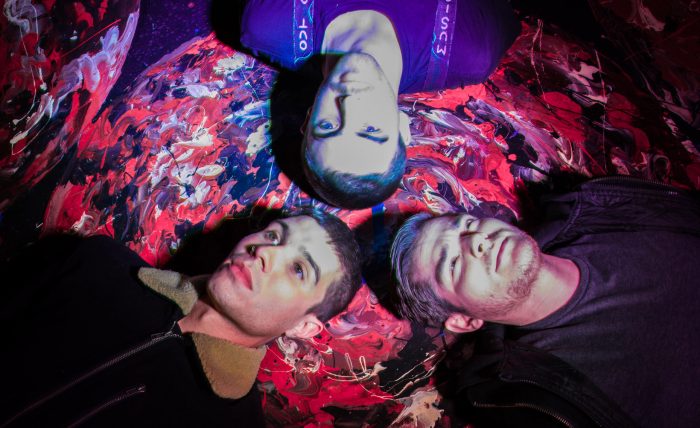 Over the past few months Young Lions have teased us with material, or should I say clues, from their highly anticipated third album, Mr Spaceman. Hysteria spoke with lead vocalist Zach Britt and have learnt that the wormhole goes even deeper than expected when talking all things Young Lions.

Now, for anyone who’s seen their recent videos for Burn the Money and Destroy Me it is obvious that the two are connected. What you won’t know, however, is that everything Young Lions have released is intertwined. It’s all been leading up to this moment, to this very point in their protagonists’ existence. “It’s important”, Britt says, “to have created a world for everyone to escape into, something people can relate too, relate back to their own lives, to become excited about being part of a world that lets all that creativity out in a grand way.”

Looking back through their archive of videos, you can see the story form in Before the Storm, from their debut album Burn. It follows our protagonist, whom Britt personifies, and his lover who are trying to outrun a group of mysterious men. They are after a portal that can manipulate space and time. There is a confrontation as the mysterious men close in on Britt and his lover. Allies rush to his aid but his lover appears wounded, maybe dead. In the end you see him alone, using the device to open a portal to a new dimension. That’s where it leaves us before we enter the realm of Blue Isla, their follow up to Burn. “Blue Isla is about letting love in while still inspiring and pushing people to fight back against corruption and the horrible realities we face when looking at our surroundings in this day and age. It has similar themes to Burn with a lot less hate and angst, which was pretty similar to my attitudes progression between both.”

The plot only thickens with their upcoming album, Mr Spaceman. After everything the protagonist has gone through, he is still shrouded in disillusion. We see his disillusion manifest in their video for Burn the Money. Our protagonist believes he can start anew, that he can rid the world of hate and corruption by ‘burning the money’. However, our protagonist was misguided and finds himself dying at the end of their video for Destroy Me. “This is not his true death”, says Britt, “in Out of the Dark his consciousness is alive and slowly waking up as it drifts through space. Throughout Mr Spaceman he finds himself confronted with seven trials, completing these trials unblocks the portal that allows him to return home, to return with his new-found knowledge to help change Earth’s fate.”

We’ve not gone into detail about how each album connects, because Young Lions have a surprise up their sleeves. With their recent signing to Bedlam Records, Young Lions have been working tirelessly alongside in-house animator and illustrator, Brayden Doig, to bring us comic strips in the near future. Their goal is to help fill gaps in the story and bridge ideas we’ve already seen. So, brace yourselves ladies and gentlemen because we are about to launch into the next chapter of Young Lions’ saga.

For all of you lucky people up in Queensland, Young Lions have a special surprise. At an undisclosed location on 8th August there will be an art and lighting installation alongside a private listening of Mr Spaceman. This will be an invite only event for the first 100 guests, so stayed tuned to Young Lions social media pages for more information.

Mr Spaceman is out on 8th of August via Bedlam Records.

Young Lions, joined by The Comfort head off on a national tour this September.