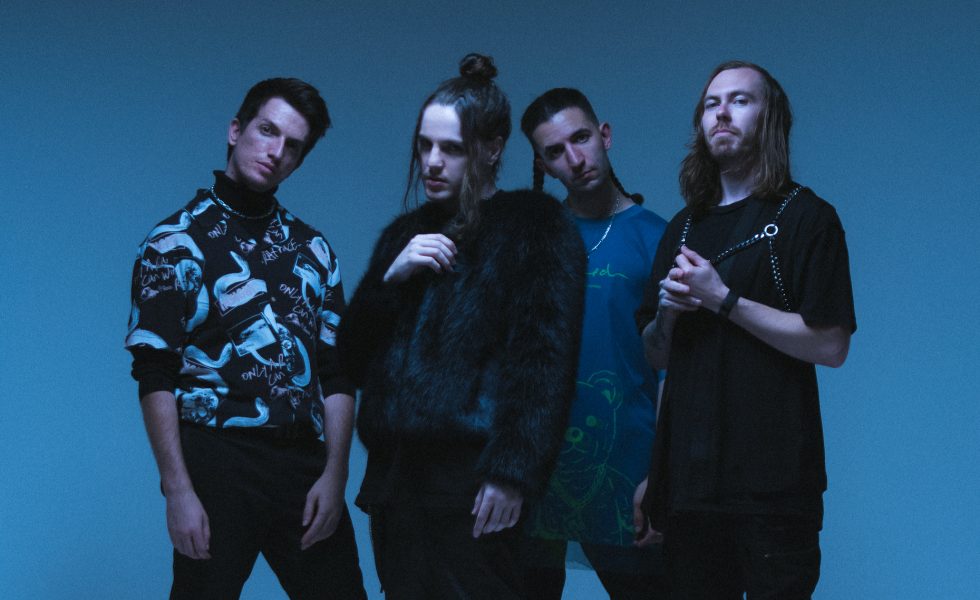 May 10, 2022 / WORDS Alex Callan / The Melbourne based outfit chat about their ambitious debut album, Love Language.

While most people seemingly got into a monotonous cycle of media consumption and laziness over the last couple of years of being locked down, Windwaker’s Wil King took the time to look inwards and reassess himself.

“I don’t think we’ve ever been given that opportunity to really be introspective, and, like, absorb everything that was happening around us,” he reflects.

“As an artist you get stuck in your own head and it’s like you’re constantly focusing on how you can one up yourself. So I think with this album, the songwriting in itself came from more of a place of like, emotional catharsis.”

With the album in question being the group’s highly anticipated debut LP, Love Language, which is set for release on Friday, the group has a lot to be excited about. Especially considering the album’s first single Lucy has already been adorned by fans worldwide.

“Lucy was a pretty liberating period for me,” states King, who has also openly stated that the song is about his first ever experience with psychedlics.

“I don’t know if you have ever dabbled in psychedelics, but after you pass that threshold where you start to begin to question yourself and then it’s like your ego collapses and then all these new ideas come forward. That song, and the reason we put it so early in the album is because like Beautiful is a song that’s not necessarily like cold or sterile, but it definitely has a manufactured feeling to it. And then it’s just you take Lucy and it really just sends the album off into the deep end metaphysically and philosophically, so that everything that follows that is like ‘okay, what can I expect next?’ kind of thing. That’s a super important song in my life.”

When asked how this experience shifted his perspective as the primary writer and lyricist for the group, King paused briefly before stating,

As an artist you get stuck in your own head and it’s like you’re constantly focusing on how you can one up yourself. So I think with this album, the songwriting in itself came from more of a place of like, emotional catharsis.

“That’s a really hard question to answer because it feels like it was so long ago and my perspective on everything has shifted since then. I definitely recall a shift in things that I would find palatable. Also my overall judgement of how I wrote. I remember reflecting on our old music and being like, everything I’m singing about is based on, on what I’ve been consuming, right? It’s that like, Creation versus consumption balance.

“After dropping acid for the first time, I took a period where I just stopped practising singing, and I spent more time listening to music, because I was like, wow, there’s just so much stuff out here that I’ve never really taken a chance to digest. And I was like, wow, when you hear a song, like the frequencies, or just some of the feelings that are present, particularly in music that’s not overly manufactured, you can hear those sounds translating certain feelings, and I was like, ‘Have I been writing music that l reinforced some of my, my bad mindsets?”

“So I figured, I’m gonna be a fly on the wall to myself and pay attention to everything, like meticulously. What am I writing about? Like, what have I been writing about all these years? How is that forcing my mindsets? And is it healthy for me to write about this?”

“For me personally, it’s like putting negativity out into the world and being rewarded for writing about certain, like, darker aspects of my life. I think that can be dangerous.”

Which begs the question, with a shift in King’s lyrical themes and writing style, and a clear change to Windwaker’s sound, what can fans expect from their debut album ‘Love Language.’

“There were a lot of recurring themes just because it’s relative to our experiences, particularly with love during the pandemic.”

“I think by being able to sort of step back from music and live our lives finally without being distracted by music gave us the time to elevate our sound. And there’s definitely a lot more like authenticity in our sound. Because we stepped back and we lived our lives and actually experienced things that we could then reflect on, on a personal level to an external level, and then kind of, like, translate those feelings into audible sounds.”

“Music is, you know, that outlet for my emotions. And really I think seeing how all of us, every single member progressed in that period, like mentally. It was like everyone became a sponge and just soaked in all these ideas. And the album kind of just popped in that way where it’s like, oh, this is actually super easy to put an album together because that pressure is gone now.”

With Love Language finding its way onto streaming platforms as of today, it seems like Windwaker fans will have something to keep them occupied for the next few months. After that however, they may be in a frenzy of new tunes with King cheekily signing off the interview with the confirmation, “we’ll do it again soon, I’m sure. I think we’ll follow this release up pretty quick, I don’t think we’ll be sitting around too long. So I hope to see you again in six months.”

I guess we will have to keep a close eye on their socials for that one. Until then, catch the Melbourne based outfit at their album launch show on May 20th at The Hoppers Crossing Youth Resource Centre…it’ll be the last time you can see them in a venue that intimate, guaranteed.