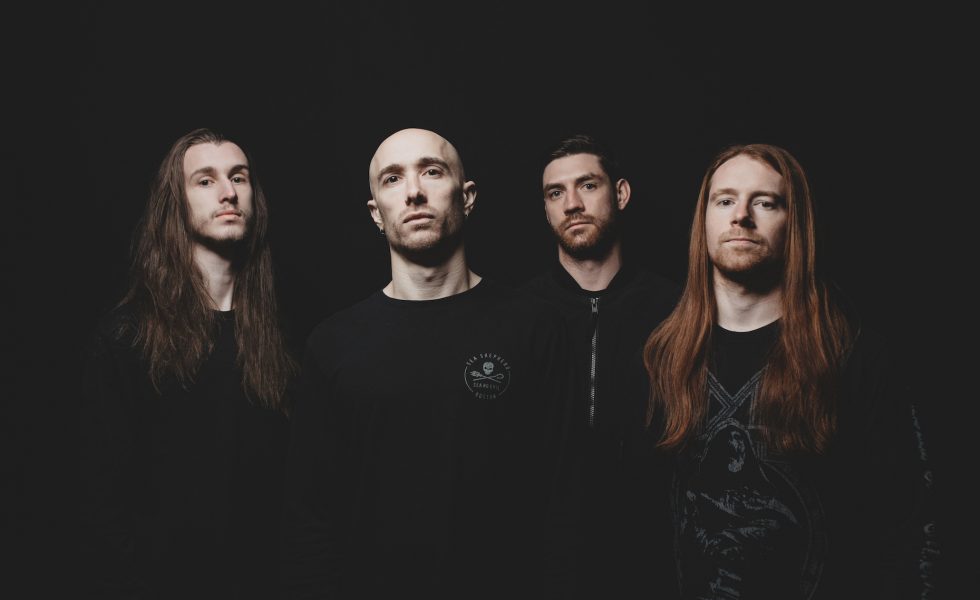 When it came to wall-to-wall intensity, few bands could level their audience with as much aggressive energy and heart-wrenching emotion as British progressive-thrash-melodeath monster Sylosis.

MORE: KICK OUT THE JAMS: LOSER’S Songs For Slacking Off Over // THE HYST LIST: The Best Jams Of 2019 // DOWNLOAD FESTIVAL AUSTRALIA: 6 Heavy Bands You Can Not Miss! REVIEWS: SYLOSIS: Cycle Of Suffering // ANTAGONIST A.D: Through Fire // ANTI-FLAG: 20/20 Vision // SEPULTURA: Quadra // SUICIDE SILENCE: Become The Hunter

With the release of Dormant Heart in 2015, the band described as ‘turbo thrash’ were seemingly rocketing on an upward trajectory. But then, following a blazingly successful tour in 2016, Sylosis called a hiatus. Much to the relief of fans around the world, 2020 sees the release of Cycle of Suffering, and the dawning of a new, revitalised chapter for Sylosis.

Cycle of Suffering is an intense announcement of Sylosis’ return, but as guitarist and vocalsist Josh Middleton explains, Sylosis almost disappeared. “So, the band went on hiatus,” he says, “After the last tour we did which was early 2016. I was kind of unhappy with where the band was at, and musically I felt like I was restricting myself a lot, and just really caught up on what was right for Sylosis and what we couldn’t do musically, so I felt like I’d boxed myself in. I found myself I was a bit depressed when I put the band on hiatus, and the only thing, or one of the big things that led to me being happy was actually stopping doing Sylosis, for a while at least which was something that was really, really, really hard to do for me because it was like my whole life, the band that I started many years ago, so that was just a huge deal. But I think sometimes it takes something like that–like a big change to break out of a dark period, like breaking out of a cycle of unhappiness or suffering sometimes the best thing is just enforcing like a really big change on your life and that can actually, yeah, make things better. I actually began writing with the view to start a whole new band altogether, and after a few months of writing I sent demos to the label and management, and they were like ‘why do you want to do  a new band? This sounds just like Sylosis’.

I then joined Architects and I was like ‘right, I needed a break from Sylosis, so let’s just not rush back in straight away’.
[ Josh Middleton ]

Which kind of made me go, I guess it kind of does, and I just needed a fresh approach to writing and not mentally caught up on stuff that was holding me back in the past. I had this revitalised approach, but not long after I came around to that idea, I then joined Architects and I was like ‘right, I needed a break from Sylosis, so let’s just not rush back in straight away’. Which is what I would have done, and the album I think definitely has improved with a bit of hindsight, and I kind of just needed that time away from the band to revaluate.”

Gaining some fresh perspective has granted Middleton some new approaches to writing, as he says, “Initially still in 2016 when I was still writing for what was in my mind what would be a different band, there were really small changes, which probably don’t sound like a big deal but really just helped me break out of mental habits or musical writing habits that I was in. Stuff like changing a guitar tuning—we just down tuned a little bit more and trying to focus on just getting to the point with the songs and focus on building up tension and having more moments in the songs that would feel engaging to the listener. I think that in the past Sylosis have had very long songs and we definitely still have a lot of technical elements for sure, that’s not left the band, but there’s also just a bit more contrast in there in that respect.”

“I think the main difference,” Middleton continues, “is the album just feels a lot more immediate. I’m trying to get to the point quicker with songs and not have songs that are too long. Having those textures and stuff, and like a lot of the ambient sounds is kind of something that has always set us apart from like a generic ‘thrash metal band’ by just having a bit more depth with what we do. I really enjoy all kinds of music so its cool to meld some different sounds here and there. Vocally I stepped up. I put a lot more effort not just tracking or doing my vocals but just practicing or working on my technique before this album and I feel like I was able to portray a bit more of an intensity from my voice this time around. That’s the difference I think for this album and I think generally it just feels a lot more modern, I don’t know in what way and I don’t want to make it sound like we’re just worrying about trends that are happening now, that’s not what were bothered by at all, but it just feels fresh, fresh for us at least. The new album it just feels like it can hang with more modern bands now even though a lot of the sound is heavily inspired by a lot of older stuff.”

On which ‘older stuff’ he is inspired by, Middleton answers decisively,

“Obvious ones are early Metallica, later day Death,” he states, “albums like Symbolic, early Sepultura like Arise kind of stuff. If there’s like 3 main albums it would be …And Justice For All Metallica, Symbolic by Death and Arise by Sepultura, which were always the biggest influence on the band’s sound, particularly …And Justice For All and Symbolic—those albums are very like long, complex and progressive which was always something we wanted to do. I think now though my, and everyone’s, probably even the whole world, everyone’s attention span is probably getting shorter. So it’s taking the sounds of those kinds of bands and then trying to just keep it in an immediate short, punchy song.”

Cycle Of Suffering is a very powerful album personally for Middleton, and he hopes that Sylosis fans can relate to this journey. The main thing is,” he says, “although it might be quite dark lyrically I don’t want our listeners to think like there’s no hope in the world, hopefully they can take some positives out of it and just kind of vent with me.”

Cycle Of Suffering is out now through Nuclear Blast.