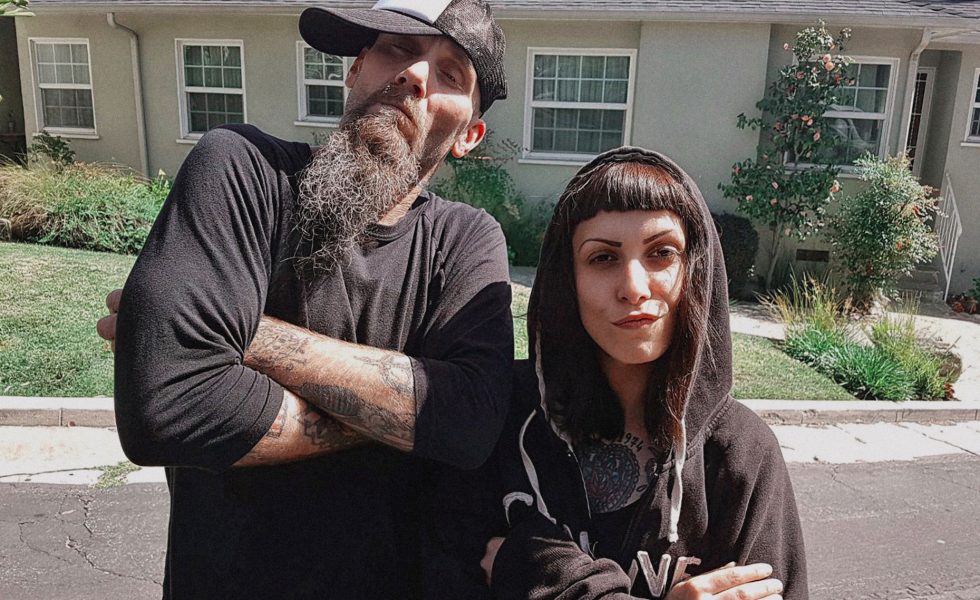 With exiled punks Svetlanas are due to hit our shores this Winter, it only seems natural to get to know them before the Russian punk band arrive in Australia for the first time.

Answering some Q’s about how they got outed from their homeland, their current line-up including bassist Nick Oliveri (Kyuss, Queens of The Stone Age), and what hardcore punk fans should be anticipating, it’s now time to declare it. Australia: get ready!

HYSTERIA: What inspired the founding members to form Svetlanas?

Svetlanas: Probably anger and frustration. When you go to see the Svetlanas, you don’t see a common band. You go to see a fight.

Are the lyrics within Svetlanas songs in English or are they sung multilingual?

Lyrics are in English.

When were Svetlanas exiled from Russia due to their political content?

In 2014 with the release of the album Naked Horse Rider (produced by Blag Dahlia of The Dwarves) because of the front cover, for the song Tinky Winky and because at that time Olga burned photos of [ Vladimir ] Putin every night during our performance, we have been declared “not desirable people in Russia”.

I’ve never had these kinds of problems. I’ve always been a bad girl.
[ Olga Svetlanas ]

Was each individual band member exiled or was it more the music that Svetlanas produced that was banned?

You can ban people or censor lyrics, but in this era when digital music content is banned for specific countries there is always a way to elude this form of censorship.

If it was the band members that were exiled, where did the band relocate to?

Right now we live in Italy.

How did that impact your growth as musicians whose music had been outlawed?

I’ve never had these kinds of problems. I’ve always been a bad girl.

What is the correct current line-up and how did Nick Oliveri playing bass come to fruition?

We were touring Europe with the Dwarves when we met Nick for the first time. Olga and Nick are both two intense people and probably they recognised each other. Currently, Svetlanas are Olga, Nick, Diste, Steve and Giamma.

Have you found that with Nick Oliveri’s influence, your musical direction has developed or changed?

Nick is obviously a big influence: we love and respect him and his work. He is one of the best musicians around and also one of the best friends you can have. The musical direction has definitely developed.

Do Svetlanas have any upcoming EPs or album releases in the works?

Yes! We have a new 7″ split record with Nick. We are also working on our new album. We are recording and producing it in our studio, which is inside a skatepark close to Milano, called Pinbowl Skatepark.

Other than an explosive live performance, what can we expect from Svetlanas as they make their way Down Under for the first time?

How are you guys feeling about bringing Svetlanas to Australia for the first time?

With the European outfit coming our way next month with their national run of what’ll undoubtedly be high-intensity shows; be sure to fasten your seatbelts before their roller coaster goes off the tracks!

Catch Svetlanas at the following dates: