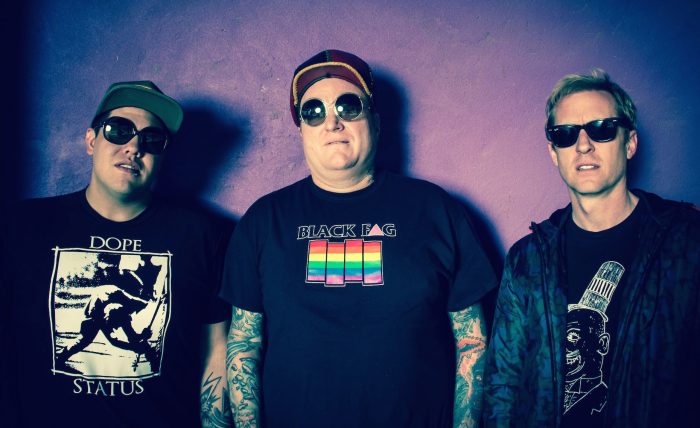 It was 2012, and Sublime with Rome sold out their Australia tour, then never came back for us. Well, that is until now. Sublime with Rome have come back once again to dazzle the Australian public with their genre bending beach tunes. With a laid back attitude, you’d never know if Rome was excited to come back, but that was soon dismissed.

It’s been quite a few years since you last toured Australia, excited to come back?

Yeah dude, we got new songs, new energy, new drummer, a lot of new, fuck, it’s cool to be able to make it back. We haven’t been out here in a while, and the promotors hit up our manager and told us we have a few opportunities that we think you guys might like, and then we turned it into a full on tour.

Yeah, we didn’t even have any of that stuff (Sirens) written yet. For us its important that we spice it up though, throw in a bunch of audibles and freestyles and stuff.  A lot of the things will change, like our set lists will vary. We’re just hoping people come out and have a damn good time. You can’t get too caught up thinking about it though. The fans tell you what they like and what they don’t.

I know I may be jumping the gun here Rome, but any talks of a new album coming out?

Can I assume a single will be out relatively soon?

Yup, you assume correct. You know what the funny part is though?

I don’t even have the fuckin song written. We’ve got a couple of songs that we did last year that we’ll probably go back in and refine. As soon as we get back from this tour we’re going back into the studio, and coming up with some new shit off of the top of our heads. We’re going to have to pull it out of our ass. It’s kind of always how I’ve done music though.

From Yours Truly To Sirens, the sound was changing. Will it change with this one as well?

Yeah, probably. The albums are always reflections of what we’re listening to, so we’re trying to capture all of our influences at the moment. It does just naturally evolve.

So what are you listening to now then?

Me personally, I’ve been listening to a lot of producers and DJs, and a lot of rap. I don’t listen to much rock these days. The other music I pretty much listen to is older reggae. There is a band called the Skints that I really fucking love, they’re from the UK. And then there is another band out of LA called Blacktop Queen. They’re a smaller band, but they’re going to be a big band, they’re fucking awesome. Other than that, I’m just listening to the shit that the kids are listening to.

You have quite a few tattoos, and they really seem like they’re a big part of you. Mind going into them a bit?

They all mean something, and they’re all done in random and places and different years and cities. I wanted them to be more like a punk jacket that you just stamp on at certain times in your life. I have bands on there, bands that I wouldn’t be the person I am today if I didn’t listen to them like Bad Brains, Nirvana and Dead Kennedys and Coheed and Cambria, just crazy ass music that had a huge ass effect on me.

What was it like to join Sublime at such a young age?

It was kind of a trip, basically I was just living in LA and trying to become famous and whatever, and I met Eric naturally and we started jamming together and hanging out and after a while he asked if I wanted to come over and play some Sublime songs. We did a lot of that back and forth, and then one day he straight up asked me, “dude, would you be down to go on the road with Sublime?” And I was like of course, that’s a fucking dream.

Dude, that’s just him, He’s the only person out of all the rock stars and famous people I’ve met that’s always a rock star, other people turn it on for the camera, but he’s just always like that. Eric is the real deal, he’s a fucking legend, you don’t meet people like that very often. You see Sublime on him.

Other than a new album, anything else that Sublime with Rome has going on?

We’re putting together some new stuff, we’ve have like a… I don’t know if I can even say this, we’re putting together like a cool little festival type thing. We plan on breaking that to the world pretty soon. More touring of course, and trying to take the band to places we’ve never been. Maybe some more in Asia and maybe take it to places like the Middle East and really expanding the sound. In some markets it’s a little more difficult for people to relate to the band because they don’t have a fucking beach, but once promoters give us a shot and invite us to come play their spot, they are usually like okay these guys are a good band and should bring them back.

That’s right folks, you read it here first, Sublime with Rome is putting together a “cool little festival type thing.” Details for the festival will hopefully be out soon, exciting stuff right there. For now though, you will just have to catch them as they boogie on through Australia starting Saturday in Brisbane. If you can’t make it to Brisbane, check below to see a date and location that works best for you because who knows when they’ll be back the next. 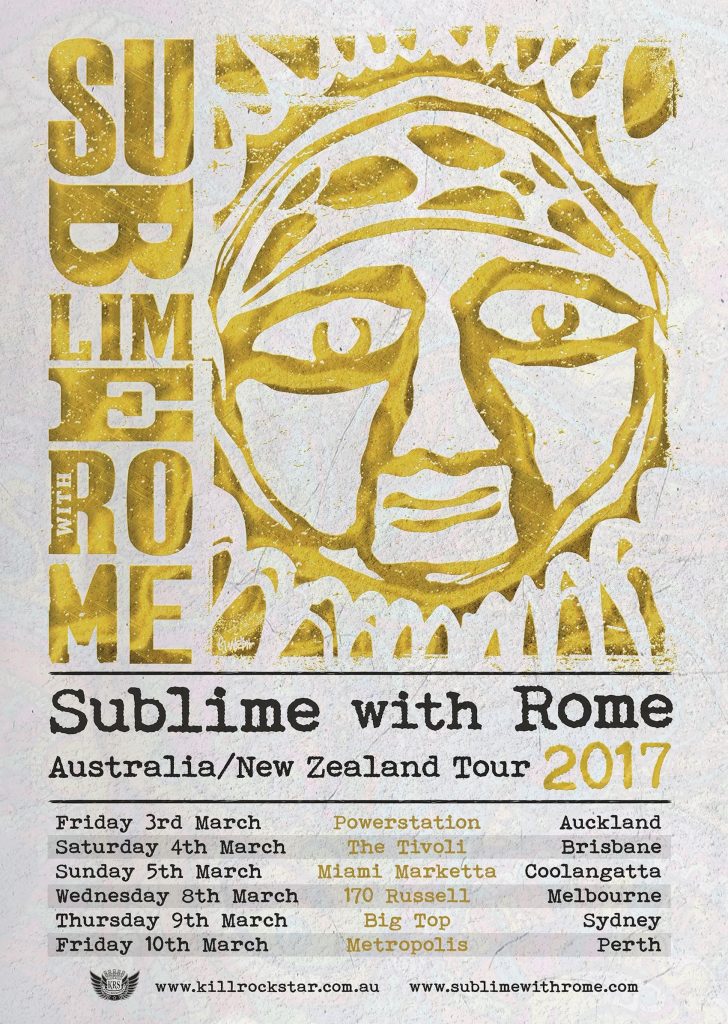