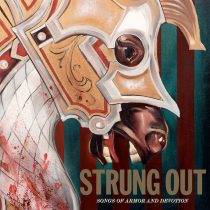 Strung OutSongs Of Armor And Devotion 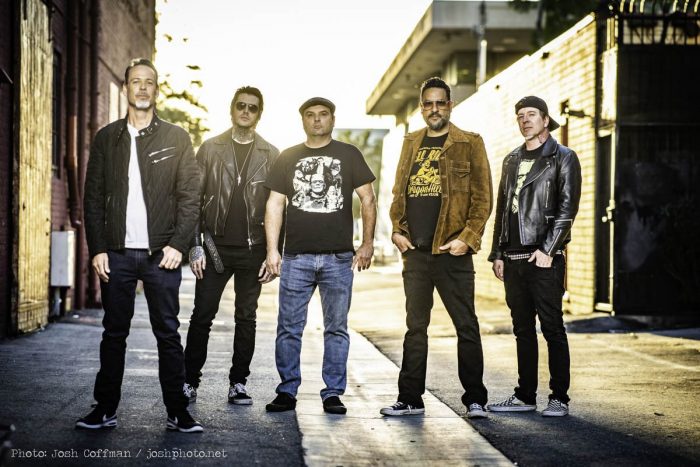 Approaching their 30th year together as a band, Strung Out are no strangers to the genre in which they thrive; it’s one that’s fast, intense and filled with a whirlwind of emotion.

They’ve been an influential name in the hybrid genres of hardcore since their formation in 1990 and with their latest album, Songs of Armor and Devotion released via Fat Wreck Chords on Friday the 9th of August, they’ve embedded themselves even deeper onto record store shelves with inimitable melodies.

The initial strumming of the album’s opening song, Rebels and Saints, quickly turns into a riff which excels us “hand in hand” into the belabour of raspy chorus’ and the pounding beat of their newest band member, drummer RJ Shankle, who joined Strung Out in 2018.

With their latest album, Songs of Armor and Devotion released via Fat Wreck Chords on Friday the 9th of August, they’ve embedded themselves even deeper onto record store shelves with inimitable melodies.

While Daggers relays agitation beyond the upheaval of metal-driven melodies and into the current condition of America, the evocative bass riffs of Chris Aiken guide us Under the Western Sky as vocalist Jason Cruz’s vexatious lyrics drawl around the songs vigorous choruses.

Hastening a Californian landscape with White Girls, Shankle leads the track’s belabouring melody with swift patterns that “have us here to celebrate the end of days.” With stammering time signatures reminiscent of ‘80s SoCal bands, this might just be the punchiest track on the album as it even includes a police siren during a frenzied guitar solo that spits you back into the chorus, alerting us that “the information you’ve received is sponsored by The KKK and the CIA.”

While the scenes depicted in Disappearing City is surrounded by uncertainty, the driving force of the band’s two guitars, Rob Ramos and Jake Kiley, have us “finding our way through darker days” as Shankle’s thunderous beats have the rhythm section soaring into the song’s closing. Shankle takes the lead through Strange Notes with a broad usage of cymbals and an inimitable time signature which creates space for the guitar’s to serge through the band’s signature usage of hybrid genres.

An exploration of acceptance and anguish comes with Bloody Knuckles as Strung Out rectify their signature tones of hard-hitting melodies and thought-provoking lyrics within this closing song that shows us that they’ve still got the same energy and determination that they did 19 years ago.