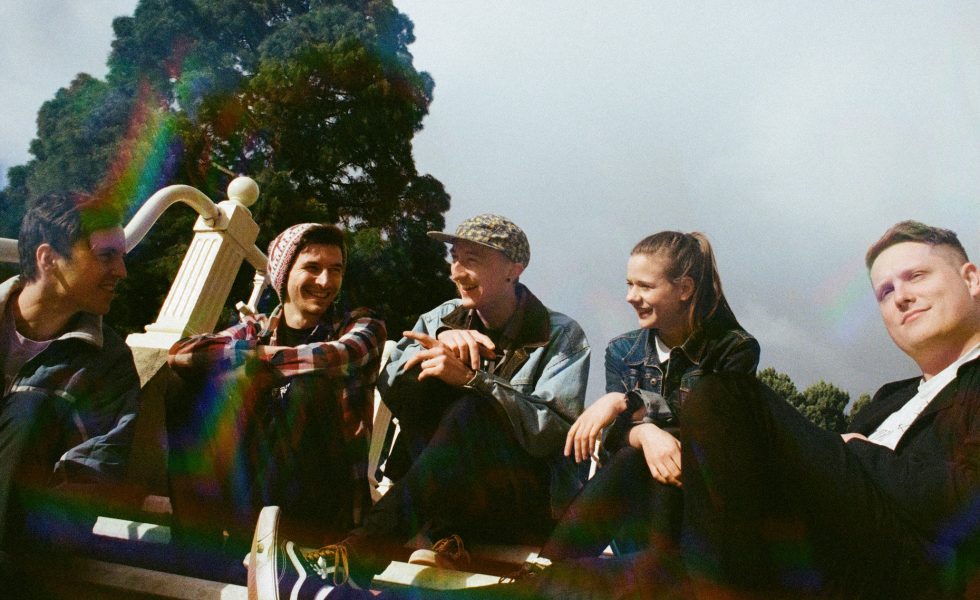 SOUNDS OF THE UNDERGROUND: SUPERDOSE GANGWAY // The Emo Revival

Forming in South Australia in 2015, the band quickly moved from a songwriting project to a fully-fledged five-piece. They’re now gearing up to release Ceramic, a single which sees them dip their toes into the sludgy world of post-grunge. Ahead of its official release, we caught up with frontman Max Tulysewski to chat about it.

Max: It was a songwriting project initially. Before we even played a gig or had many members in the band we wrote 26 songs in 2016, that was actually the name of the project. We wanted to see how many different songs we could write in the style of emo (laughs). Every fortnight we would release a new song. There were as many songs as there are letters in the alphabet, so we went in alphabetical order.

So we had all these songs written and then in 2017, we formed a band so we could play all of them live. The band was built up of my friends from uni, we all studied jazz at the Elder Conservatorium. We started playing those songs live but also started working on new songs too, that’s led to where we are now with the new single. Ceramic is basically the result of the last couple of years of writing. We did another single earlier this year called Demerit, and they’re kind of related. They’re two sides of the same coin, so we released them one after the other.

Tell us about the band name.

The true story is, it was the result of me hopping on to a random word generator. It was purely a visual thing, I could picture what the words meant but I liked the way that they looked and sounded. It’s been a nice outcome though, and because the band name is so strange it does two things. Firstly, it means you don’t get any Google results for anyone else (laughs), but then it also means that there are no attached meanings for anyone. I don’t think anyone has any assumptions on what this band is, it frees us up to try some new things. Our last two singles were at opposite ends of the spectrum, Demerit was quite fast and punk but Ceramic is quite slow and heavy. Because we don’t have a very obvious band name we can get away with that, it’s liberating and fun honestly.

The word that we kept using with Lachy was staunch, we wanted him to make the single sound tougher.
[ Max Tulysewski ]

From memory, The Red Jumpsuit Apparatus got its name in the same way!

I’m not surprised! We did consider doing what Childish Gambino did, he got his name from the Wu-Tang Clan name generator but I thought we weren’t cool enough to pull that off so we went for something else. I think the key thing for us is our band name being a blank canvas, so we can make it ours.

Tell us a little more about the new single, Ceramic.

It was written a while ago, last year I think. When we started this band we were doing heaps and heaps of songs, but they were all recorded in my childhood bedroom. It was all DIY, and then we did an EP right after and that was pretty much the same process except for a little bit of drum tracking. We mixed, recorded and produced it all ourselves.  Mid last year, we decided we wanted to do two singles and record them properly. We wanted to find people that could take our sound and visuals to the next level.  We had some things that we wanted to say but didn’t want it to get lost in the fact that we were producing it ourselves.

We built a team and it started with Lachy Pitcher, he’s the singer from this great hardcore band Reactions. He’s both a phenomenal musician and a really good recording engineer. We told him that we normally do things DIY and that our sound normally has all those anomalies that come with recording something yourself (laughs). There’s also a certain punch that you don’t get with recording things yourself, at least I can’t get it. The word that we kept using with Lachy was staunch, we wanted him to make the single sound tougher. He took it and ran with it and when we first heard the mix, we were wowed.

We took that mentality and applied it to everything. We got a really good videographer to make the video, it’ll be coming out later on. We also got Annie Walter to do the cover; she’s this great artist from Melbourne, one of my favourite visual artists ever actually. With all the people we worked with, we let them run loose. The idea was to get people that are really good at what they do and let them do whatever they want (laughs). It’s worked so well for these last two singles, so it’ll be our strategy for next year as well. When you have talented people around you, you can’t go wrong letting them loose!

You’ve supported a bunch of huge acts over the years, what have been some of your standout moments?

We opened for Tigers Jaw and they’re one of my main influences. Five years ago, when we were first starting this emo project, they were one of the first bands we said we wanted to sound like. They’re part of the reason we use keyboards, them and Motion City Soundtrack. That was huge for us, I remember walking in with our gear in the afternoon and they were sound-checking. It was this empty venue that we’ve been to plenty of times but seeing Tigers Jaw in the flesh there… we were all stunned (laughs).

Another huge thing for us was the first time we played interstate, in Newcastle. I had a really good feeling about it, a lot of great bands have come out of Newcastle and there’s a big emo network of support. So we rocked up to this festival there and we were playing amongst some hardcore bands, some great headliners and some other bands from Adelaide.  We’d driven for two days and played a couple of shows along the way, but when we arrived in Newcastle and saw some of our mates and this big festival with heaps of people … it was that feeling of taking a gamble, travelling across the country and being rewarded for it.  Talking about it now is making me realise how much I miss the concept of touring, I can only hope that we’re back doing that sort of thing in the future.

What’s next for Superdose Gangway?

We’ll be focusing on writing music, that’s the most that any band can really do at this moment. We’re trying to be creative in the face of not being able to do a lot of normal, band stuff. Ceramic comes out on October 9th,  we just want people to listen to the song first.  A few months after that we’ll be releasing its music video. It’s still being finalised but from what I’ve seen, it’s the most beautiful video we’ve done. I compliment Jason Yablon, the filmmaker, whole-heartedly.

That’s our plan for the rest of the year, next year we will release heaps more singles. We’ve got 11 or 12 demos at the moment. We went on a songwriting retreat to our guitarists’ beach property. It was in the middle of winter, we locked ourselves away for a weekend and just wrote together; we’d never actually done that before. It was basically a band vacation, but it was really fruitful (laughs). We have heaps of songs, and we’re going to use the same team we’re using now for them.

We actually have a show booked too (laughs), I don’t know what’s going to happen by the time it comes around though. That’ll be at a skate-park in Adelaide in late November, it’s a bit of a mini-fest and it’ll be as safe as we can make it.