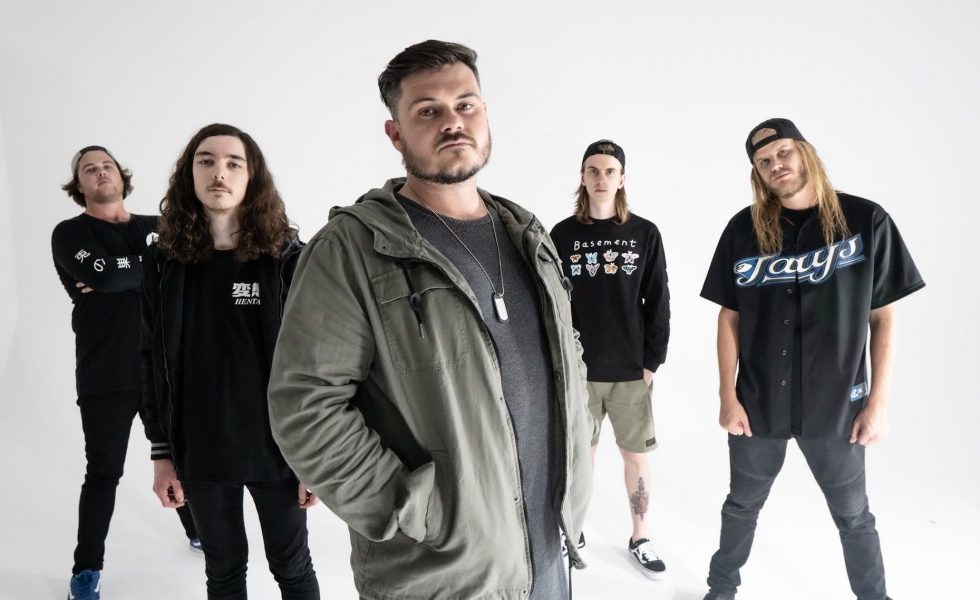 WE SET SIGNALS // A Story for the End of the World

Brisbane post hardcore / pop punk favourites We Set Signals have made their triumphant return to the scene with their new album Ordo.

On the surface, Ordo appears to be another fun-filled, heavy album from the group, but as vocalist Nick Wilkinson explains, there’s more of a story behind the music this time around.

“I’ve been getting into the post-apocalyptic theme that’s been out in pop culture at the moment, and I really wanted to do something with that with the next record. And so, when we started writing [Ordo], I started having a bit of an idea that we could create this to be more of a concept album, where we have someone who starts having visions of the end of the world, and by the end of the album is leading a new faction into it,” says Nick.

The end of the world is no doubt something that a lot of people have been thinking about in recent times, but according to Wilkinson, Ordo’s connection to this theme comes from a much more personal and relatable place than the idea of the apocalypse itself.

“At first, I kind of wasn’t sure how to relate it to things, but then I was having a bit of a bout of insomnia, and I thought I’ll write a song about it,” he says. And then I thought, you know, the kind of things that keep you up at night are those types of dreams of the world ending, and things like that. So, I related my own insomnia issues with that.

“And so, we wrote our first track on the album, called Give Me A Sign, and it kind of stemmed from there. We got another track out called Where Were You, and I related that to the world ending, and the bombs coming down, but it was about a failed relationship that never ended up working out. And at the time, when you break up with someone, it feels like your whole world is crashing down. So, it started to get easier and easier to relate the lyrics and the music to that theme.”

Ordo is the third album from We Set Signals, after their 2014 debut Polaris and 2017’s Abandon Ship / Abandon Hope, the later of which was re-released as two separate EP’s in 2018 after the band signed to their current label, We Are Triumphant. While a conceptual approach to an album was a new step for the band on Ordo, that’s not the only way this album differs from the band’s previous releases.

“We’re experimenting a lot more with electronic synth in this record. I’m a massive fan of Bring Me The Horizon and Asking Alexandria and I just, I know how much they use it. And the last couple of records, I was always wanting to try it, but I’d never had a chance to get into it while I was writing. And this time around, we had a bit of time, and so I sat there and experimented, and we ended up sort of finding a way to make it fit into the music, which I really, really loved.”

Another band that Wilkinson and his bandmates can’t escape comparisons to is A Day To Remember, given the band’s history starting out as a tribute band. While A Day To Remember are still a big influence on We Set Signals’ sound, they’ve really stepped into their own as a band with Ordo.

“When we put Abandon Ship / Abandon Hope together, everyone was saying, ‘Yeah, this has really got A Day To Remember vibes’, you know, that whole 2008 pop punk vibe. And while that was a massive compliment, I also wanted to go into this new record and write something fresh, have something that is more around the modernised times, what people are writing now. I think we’ve achieved that.

“I grew up a lot with listening to The Amity Affliction locally, and so, a lot of that style and arrangement works its way into my writing a little bit. Again, as well, Bring Me The Horizon, that’s a band that I really look up to. That’s just a band that I followed the whole time, and every time they released an album it was significantly different. And I really like that.

In changing their writing to more modern approach, We Set Signals are also trying their best to avoid labelling themselves.

“I kind of try to stay away from the genres,” Nick says. “We just write the music and we let people label it themselves, you know? I’m certainly not gonna sit in the studio and kibosh an idea because, ‘Oh, no, that’s not pop punk enough,’ or, you know, ‘That beatdown’s not heavy enough.’ If it’s working for the song and you’re tapping your foot, then that’s good enough for me. I’ll let everyone else put a genre on it.”

While 2020 may not be exactly the same post-apocalyptic, ‘end of the world’ scenario depicted throughout Ordo, there are certainly some harsh realities the band have had to face in the wake of this new release: touring.

“Well that was it, hey. We had a whole US and Australia tour planed and that all had to get put on the back burner, unfortunately,” Nick says.

“I think at this point we’re just trying to get creative with our content. We’ve got an opportunity here, while we’re back home, to develop some content for people that maybe we wouldn’t have developed before. So, there’s some ideas floating around of what we could do. Maybe we could write a bit of a documentary on our story now that we’ve got a bit of time to film it. But for us, it’s just about generating content right now.

“We may even get in the studio and start writing some more tracks. It’s the perfect time to do it. And, you know, we never stop writing, we never stop thinking of ideas. So now that we’ve got the time to do this, we might just start doing a little bit of that.

“I think at this stage, I’ll just play music with anyone. Because we really miss it.”

While Ordo is sure to mark a number of milestones for We Set Signals as a band, perhaps one of the more significant marks of how this album differs from previous efforts is how collaborative the writing and recording process was on Ordo.

“The last couple of records, I really produced and wrote myself, and then we got into the studio and just sort of did it. This record we did together. I sort of write the bones of a song, and then we really got together in the room and worked out how we all wanted it to sound together. And so, it’s something that we can all sort of look back and be proud of.

“Like, usually the guys would turn up and it would be, I suppose a bit of a Foo Fighters situation, where Dave Grohl will do all the parts and then that’s it. ‘Alright, have coffee, go home, be done.’ But this time round, everyone was involved, and it was just one of those things that we could all work on together, which was good. And we had the time to do it, and I think we really came up with some cool stuff,” says Wilkinson.

From start to finish, Ordo is an album that Wilkinson and the whole of We Set Signals are clearly proud of; and rightfully so. While this album will no doubt be a special one for the band, it’s also an album that they hope listeners can take something away from.

“It’s a concept album, and we wrote this one theatrically. So, I hope that you guys can look at it like we’re storytelling, and also relate to the lyrics, because we’ve written about real things that have happened to us and we’ve related it to the world ending. So, it seems quite fitting at the moment…If you can take something away from that, that’d be awesome.”

Ordo is out September 25 via We Are Triumphant.