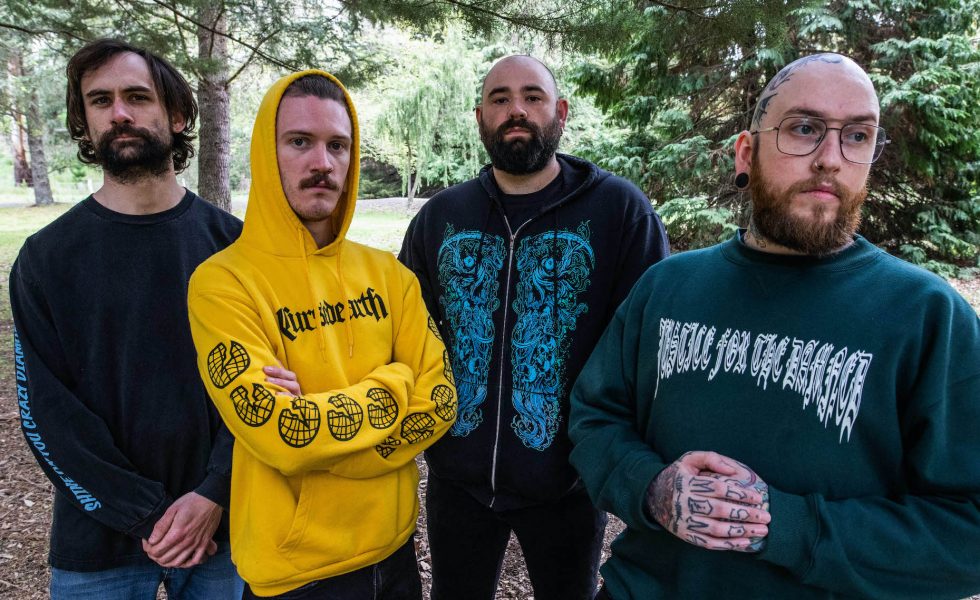 Australia’s most memorably named heavy act Nicolas Cage Fighter are dropping their latest EP Cast You Out this Friday, and have even given listeners another taste of the record with a moody music video for latest track Exiler.

MORE: BRING ME THE HORIZON: The Tide Is Turning // KILLER BE KILLED: Reluctant Heroes // MR BUNGLE: Surprise! We’re Death! REVIEWS: MR BUNGLE: The Raging Wrath of the Easter Bunny Demo // BRING ME THE HORIZON: POST HUMAN:SURVIVAL HORROR // KILLER BE KILLED: Reluctant Hero // YOU ME AT SIX: SUCKAPUNCH // NICOLAS CAGE FIGHTER: Cast You Out

While their name might insight a few giggles from pun-appreciative metal fans, there’s something much more emotional behind the lyrics of Cast You Out, according to vocalist Nick Moriarty (first name coincidental).

“When beginning the writing for the lyrics of this EP, I knew that I had a clear narrative I wanted to express. As a band we simply wanted to deliver a story which detailed living with mental health issues. From the start I have aimed to do this in such a way that it was clearly a story of my own yet expressed in such a manner that anyone living with mental health problems or challenging life experiences of their own could clearly relate to,” says Moriarty.

Nicolas Cage Fighter have been relatively quiet since the release of their debut EP 3350 way back in 2013. After a few line-up changes and an improved attitude, the band have been hitting it hard for the past year–and Cast You Out is the culmination of all their efforts. While they’ve put out a few singles outside of this new EP, Cast You Out is a more solid end product for Moriarty and the band, telling a more concise thematic story from start to finish.

“… it was very important to me that whilst the EP as a whole represented a clearly flowing story of living with and contesting the impact of anger issues, anxiety and depression, I wanted each song to stand out on their own thematically, with their own unique stories and progressions of sorts,” says Moriarty.

The new EP was recorded by Kye Blomeley at K.B Audio, with mixing and mastering from Roman Koester (The Red Shore, Deez Nuts, 50 Lions, Carpathian) and a very metal skull-centric artwork by purifiedbysatan as the cherry on top.

Fans will finally be able to listen to the heavy-as-hell EP in just a few days’ time, with Cast You Out officially dropping this Friday, 5th February.