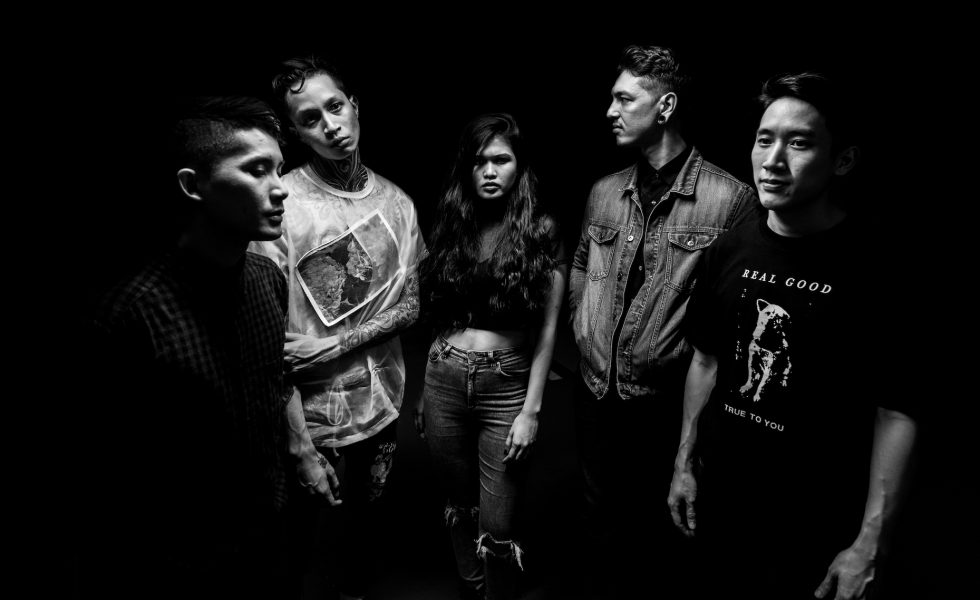 Singapore band Caracal have been around for almost ten years now, but it has taken them some time to really get their name out to Australian ears.

With some lineup changes causing the band to almost disband, they chose not to quit and forged ahead with new vocalist Rachel Lu and new bassist Trent Davis to create their comeback EP Take It Apart and Put It Back Together. Now, with their new single Mouth Of Madness releasing worldwide today, Hysteria had a chat with the Singaporean powerhouse band about the release, the history of the band and how their views coexist with the very religious nature of the country they are from.

You’ve been a band for a decade, but for those who might not know who you are, can you give us a brief history of Caracal?

We’re a post-hardcore five-piece outfit from Singapore, and we’ve been around for the last 13 years. What started out as four guys messing about and has now evolved to the current lineup of Martin on drums, Gabriel and Field on guitars, alongside our newest members—Trent on bass duties with Rachel on vox. Through the years, we’ve landed opening slots for bands like Funeral For A Friend, Anberlin, Underoath, and The Used, when they played in Singapore; and we’ve toured in parts of the USA, Canada, China and Japan. We’d describe our sound to be visceral with heavy, crushing instrumentation, and moments of cathartic release.

Now that your current lineup has been together for some time, and you’ve already got one release with that lineup, do you feel that the musical direction of the band has changed much as you’ve grown together?

The musical direction has never really been a direction from each release, more of an intention. It has always been to write music that we would really enjoy playing and feel challenged at the same time.

Your new song Mouth of Madness is described by you as a reaction to the morality crisis happening in Singapore right now, with particular reference to religion and some of the hypocrisy surrounding how it is preached. How do you balance your own beliefs with being in a metal band? Do you find that sometimes these clash, or you feel that you might not be able to explore a particular topic due to these beliefs?

Heavy metal music isn’t any different from Sunday school. Telling human stories through visual imagery and song. Beyond the imagery we try to talk about very human emotions and human responses. Religion does that too. It rationalises faith and being your best self to your community and the people around you. We don’t feel like there is any clash at all. However it is the fear of the unknown or unfamiliar, and how some people use religion as the basis for rejecting what they do not know or understand, and subverting it for their own agenda, that is where we felt we needed to say something about it.

Bands and artists that don’t conform to a certain trend and aren’t afraid to be honest are what inspires us.

And in regards to the respect you have for religion, and Singapore holding religion as a big part of life, have you ever encountered any problems when playing your shows in Singapore with religious groups?

Well, because of the Watain incident in March this year—with a petition started by some extra religious persons that managed to have Watain’s show cancelled—it has basically started the ball rolling with government agencies looking extra close at heavy music shows being organised in the following months. In fact, the approval of licenses for our own curated festival ‘Daily Essentials’ in July was delayed because questions were asked about the lyrics and the sensitivity of certain bands that were in our lineup. Thankfully, good sense saw through and we managed to get approvals at the last hour.

When you write, is the band writing as a collaborative effort, or is there one main song writer in the band? Where do you all draw your influences from?

It’s a collaborative effort. Writing usually begins with someone sharing a guitar riff or drum groove, and then bouncing these ideas off each other and it eventually snowballs into a song. We are inspired by bands that are bold and do whatever the hell they want. Bands like The Dillinger Escape Plan, Thrice, And So I Watch You From Afar, and even Queen. Bands and artists that don’t conform to a certain trend and aren’t afraid to be honest are what inspires us.

Other than the lineup changes and the period you went through from parting ways with KC and Jude, and then bringing Rachel and Trent into the band, what other challenges have you faced as a band that you feel has made you stronger and got you to the point you’re at today?

We think the challenge of not straying from the core intention of the band has sort of driven us to continue to do what we do—to continue to write songs that might evoke the listener and write parts that challenge us to play better.

Now, you’ve done some touring around the USA and a lot of Asia, but you’re only finally making it to Australia for the first time at the end of this month. Why the wait to come down here?

We’ve never really had the opportunity to play in Australia, although we’ve explored the possibility of a tour before but things just didn’t work out. Trent—who’s originally from Adelaide—has been a big help in introducing us to a slice of the scene over there. The rock music coming out from Australia is just incredible, and we’d be chuffed to be able to do a domestic tour with any outstanding Aussie heavy rock act.

What can people expect from a Caracal show?

It’s the first time we’re bringing our brand of frenetic Singapore noise to Australia, so we hope everyone gets sweaty and emotional at our shows.

Catch Caracal at the following dates: