POLARIS // Sign to Resist Records + Re-Release ‘The Guilt & The Grief’ 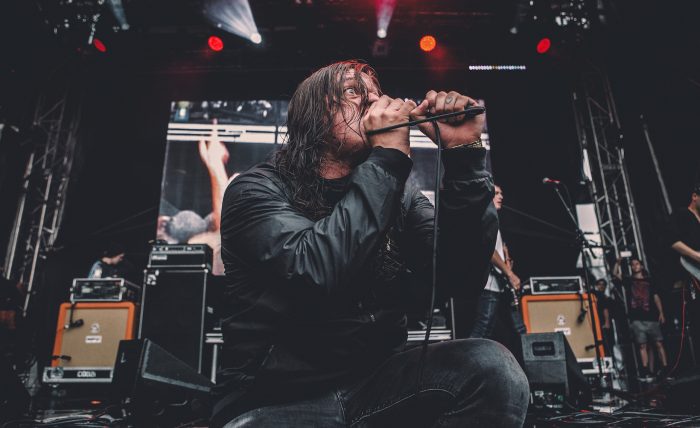 Refreshed and relaxed after blowing minds at UNIFY, Sydney metalcore rising stars Polaris have signed to independent Australian label Resist Records. In honour of inking the deal, the label will re-release 2016 EP The Guilt & The Grief on special 10″ vinyl.

The Guilt and The Grief 10″ will be available from March 3. The EP debuted at #34 on the ARIA album charts and #2 on the AIR charts. The band supported the EP with a near-sold out headline tour and supporting Parkway Drive, Plini and Intervals. They later sold out their November 2016 east coast tour with Northlane and Hellions.

“It’s my great pleasure to welcome Polaris to the Resist family. Polaris have been creating a buzz for some time now and we’re honoured to be working with the band.” says Graham Nixon of Resist Records.

“We’re absolutely stoked to be working with Resist”, says bassist and vocalist Jake Steinhauser. “They’re one of the best independent labels in this country, they have an amazing history, and they definitely hold a special place for us as one of the first labels we used to dream of working with when we were young and starting a band. Between Resist and Cooking Vinyl we couldn’t ask for a better team behind us.”

Resist Records, based in Sydney, has served as home to Australian-core staples such as Mindsnare, Confession, and Carpathian.

Polaris will support djent-wizards Periphery this week. Click here for our interview with Periphery’s Jake Bowen!

Pre-orders for The Guilt & The Grief 10″ vinyl are available here.