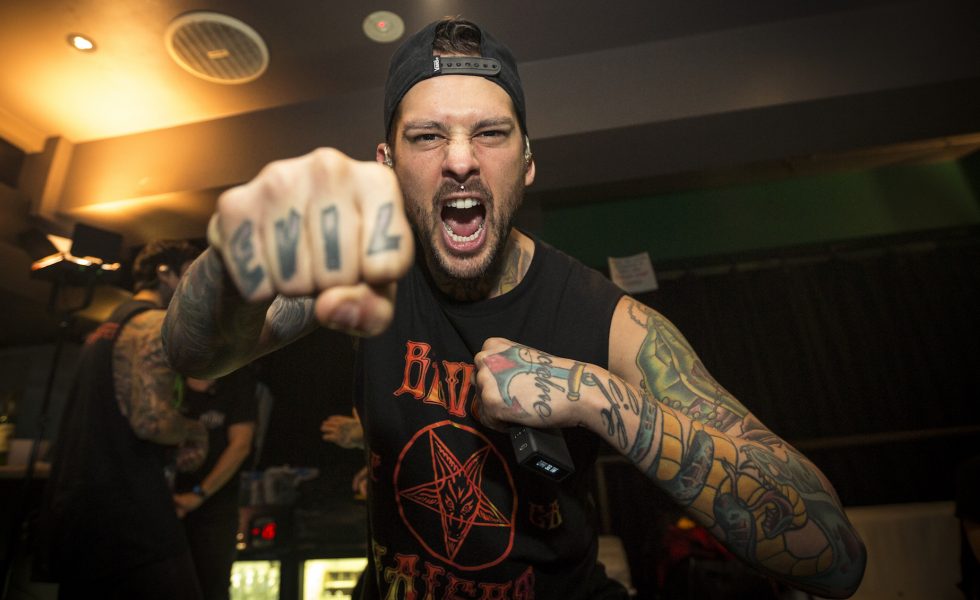 PIERCE THE VEIL // Mike Fuentes Accused of Assaulting a Minor

In yet another worrying development in the heavy music scene, Californian rock band Pierce The Veil’s Mike Fuentes has been accused of statutory rape, assaulting a sixteen year old girl over a decade ago.

one of my closest friends finally feels safe enough to speak out about her misconduct. it’s been ten years.
this stuff needs to stop. i’m tired of guys in bands thinking they have some sense of entitlement to younger girls.
pierce the veil. pic.twitter.com/ra8Jxiy03C

According to tweets, drummer Fuentes allegedly had sex with the 16-year old girl, despite knowing about her status as a minor. He has also been accused of soliciting nude pictures of the girl over AOL Instant Messenger (AIM.) The described acts took place approximately a decade ago. The pair developed a relationship on MySpace, before meeting at the Chain Reaction club in Anaheim, CA.

“A few months after I turned 16, an ex-friend of mine messaged Mike informing him of my age,” the statement reads. “He then sent me a message asking if it was true, I told him yes it was and I was sorry I didn’t tell him. He responded with a message I’ll never forget. ‘Haha, I don’t care babe, I just thought it was funny she’d try and message me about it.’ So we just carried on as per usual.”

The pair engaged in unlawful sexual intercourse in 2008 at the Pomona leg of the Vans Warped Tour. The relationship continued until the girl turned 18.

According to the Californian Penal Code Part 1, Title IX, Chapter 1, Paragraph 261.5 (a), “Unlawful sexual intercourse is an act of sexual intercourse accomplished with a person who is not the spouse of the perpetrator, if the person is a minor. For the purposes of this section, a ‘minor’ is a person under the age of 18 years and an ‘adult’ is a person who is at least 18 years of age.”

As Fuentes was over three years older than the alleged victim, the crime constitutes a felony under the code.

The band has yet to respond to the allegations.