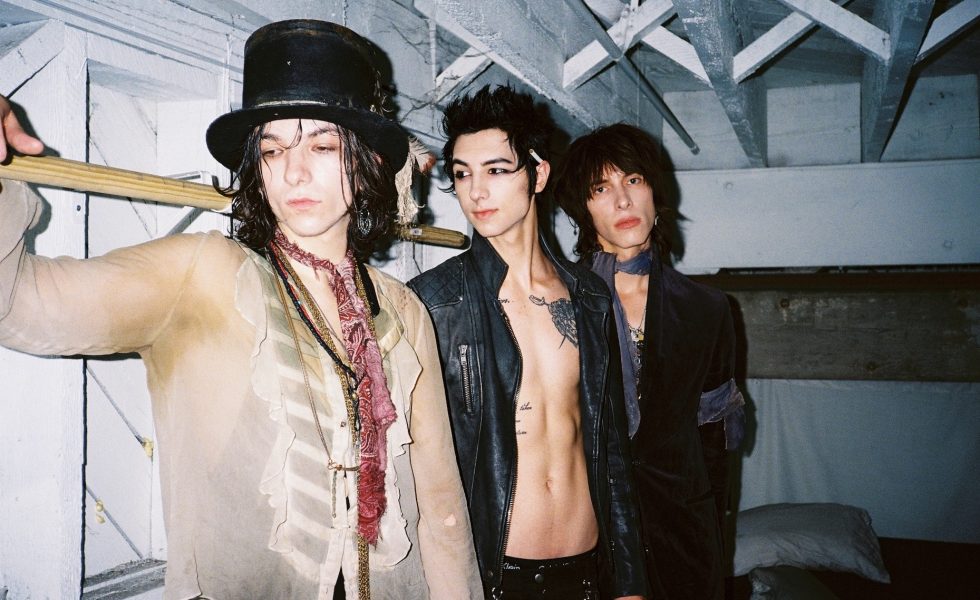 PALAYE ROYALE // Welcome To Soldiers Of The Royal Council!

Titled the “Hottest Band of 2018” by the English Music Press … Who could have been bestowed such an honour you ask? The answer is Canadian fashion-rockers PALAYE ROYALE.

Palaye Royale (Remington Leith–Vocals, Sebastian Danzig–Guitar/Organ and Emerson Barrett—Drums) are making a triumphant return this September playing their first ever headline shows in Australia after the huge success of their debut visit down under for the inaugural Good Things Festival last December.

“The band’s first time in Australia will surely be remembered” That’s what Hysteria reported after the band conquered Good Things Festival, so what makes Palaye Royale so memorable? On the bands official website they’re describes as “a shot of adrenaline into the modern musical landscapes” and as having “reckless performances”, “a visual flair” and “summoning a thrilling spirit”. Palaye Royale have already summoned a devoted fan base often reserved for band’s of the like of My Chemical Romance and Twenty One Pilots, and it’s little wonder why.

As soon as you hit play on the band’s top songs like Don’t Feel Quite Right and Mr. Doctor Man your instantly enveloped by a flurry of electrifying riffs driving super-charged thumping beats and anthemic vocal hooks yet yearn for the justice of a stereo’s volume at max! Palaye Royale not only draw influences and inspiration from their musical peers and muses, but also as much from cinema and philosophy, bringing a thrilling and unique new aspect to modern rock.

“If you want theatrics, these boys deliver in spades—and not just in their headline-grabbing threads and eye-popping stage show.” Classic Rock Magazine. To summarise, If anyone dares to say rock is dead, Palaye Royale prove otherwise!