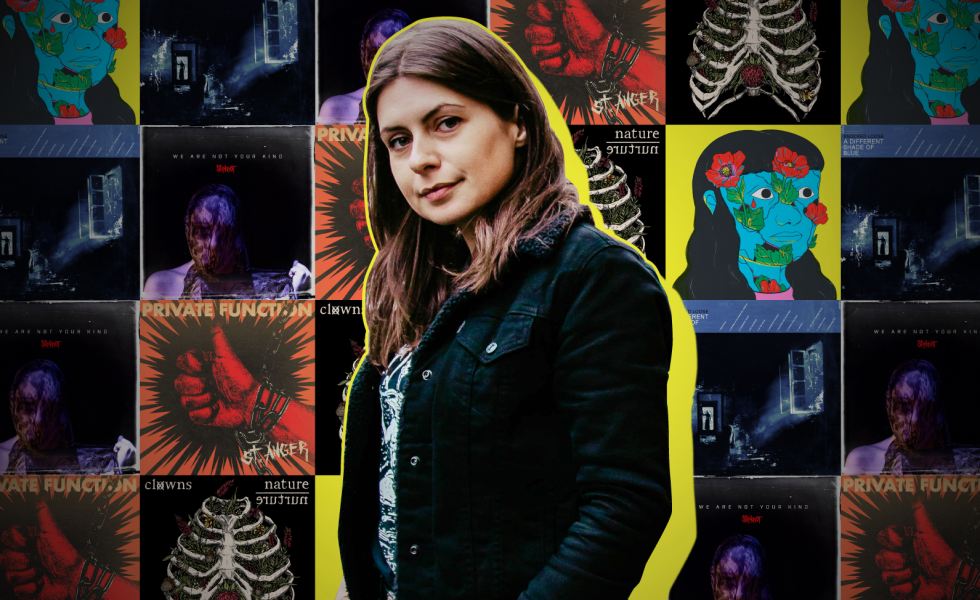 If you’ve not fallen under the spell of Melbourne’s Giallo-metal exports Pagan yet—just give it time.

Fuelled by devilish riffs, vino rosso, and pecorino sandwiches, they’ve slayed audiences from Launceston to London with their skull-crushing, mesmerising, and sinful live show; it’s as much a feast for the eyes as it is the ears. Releasing much lauded debut LP Black Wash to an adoring legion of fans worldwide last year, the domination of Pagan is all but assured. Embarking on a massive national tour with ‘core veterans The Amity Affliction this week, we sat down with frontwoman Nikki Brumen to get her take on the Top Ten bands you should listen to this year; some old, some new, some borrowed, some brutal. Avanti!

I must admit I was nervous to listen to Slipknot’s new album. I have been a long-time fan but their past couple of albums really failed to impress me. However, on first listen, We Are Not Your Kind became my favourite release of 2019. It is the most perfect Slipknot album. They take so many risks but also pay homage to their old stuff. I was also lucky enough to snag front-mosh tickets to their concert with Metallica. Can’t wait!

I have a thing for Norwegian bands. I actually travelled to Norway in 2011 with no other intention than to check out the Black Metal scene. Although Blood Command are a huge stretch from Black Metal, they are another incredibly original and cool band from Norway. They have just released a five-track EP, Return of the Arsonist, which is the perfect follow up to their 2017 release Cult Drugs (one of my favourite albums that year). They are kinda like a pop-punk Pagan and I hope we get to tour with them some day.

I saw Petrol Girls play in the Netherland at AntiFest. There was so much power in their performance, I literally had tears in my eyes for most of their set as I was so moved by their music and the messages behind so many of their songs.

For a band who have just released their debut album, Big Grief, these guys are absolutely slaying it. I first saw WAAX in 2017 at Bigsound and I knew they were going to explode, they have so many bangers and Maz is one of the best live performers I have ever seen.

We were actually on tour in the UK in May, the same time that Press Club were touring too. We had never met but instantly became friends and had a really fun time partying with them in Brighton. They are not only becoming a huge band in Australia but also a massive hype band overseas. Press Club have a bright future ahead of them and their new album, Wasted Energy, rips.

In the past, I never really cared for Knocked Loose. I thought they were good, but they didn’t stand out to me much more than just another hardcore band. But after seeing them at Slam Dunk Festival in the UK, they completely won me over. They were easily the best band of the day (and that is pretty hard for me to admit as Turnstile played that day too). They had thousands of people moshing and the entire crowd in the palm of their hands. Their new album, A Different Shade of Blue, is so fucking heavy and is easily one of my favourite 2019 releases.

It might sound like I’m being biased, as Clowns and Pagan have always had a very close relationship, but this band still continues to be my favourite Australian band. Their newest release, Nature/Nurture, is so dynamic and completely original. Clowns are so much more than just a punk band but they also do punk so damn well. One of the best live shows you will ever see, if you haven’t seen them live I feel sorry for you!

There are so many good bands that have come from Bristol, and Phoxjaw is one of them. They were the first band we toured with in the UK and have since become some really close friends of Pagan. Their sound is unlike anything I have heard before and they are constantly touring and writing, I am sure they will blow up in no time.

I have seen Private Function play a bunch of times and they continue to make me laugh. Their music is straight up punk with a perfect balance of humour. They have just released their first album, St Anger, which even has the same artwork as Metallica’s 2003 release. Luckily, Private Function’s version is a million times better.

We had the privilege of playing a couple of the same festivals as Milk Teeth while we were in Europe in May, and although I had heard their name, I had never seen them live. They were one of the bands that impressed me the most on that entire tour. Although they are just a three piece, their sound is huge and they make the stage feel so full. They are killing it overseas, I sincerely hope they come to Australia in the near future as I am sure they will kill it over here too!

Catch Pagan touring with The Amity Affliction, Underoath & Crossfaith at the below dates: 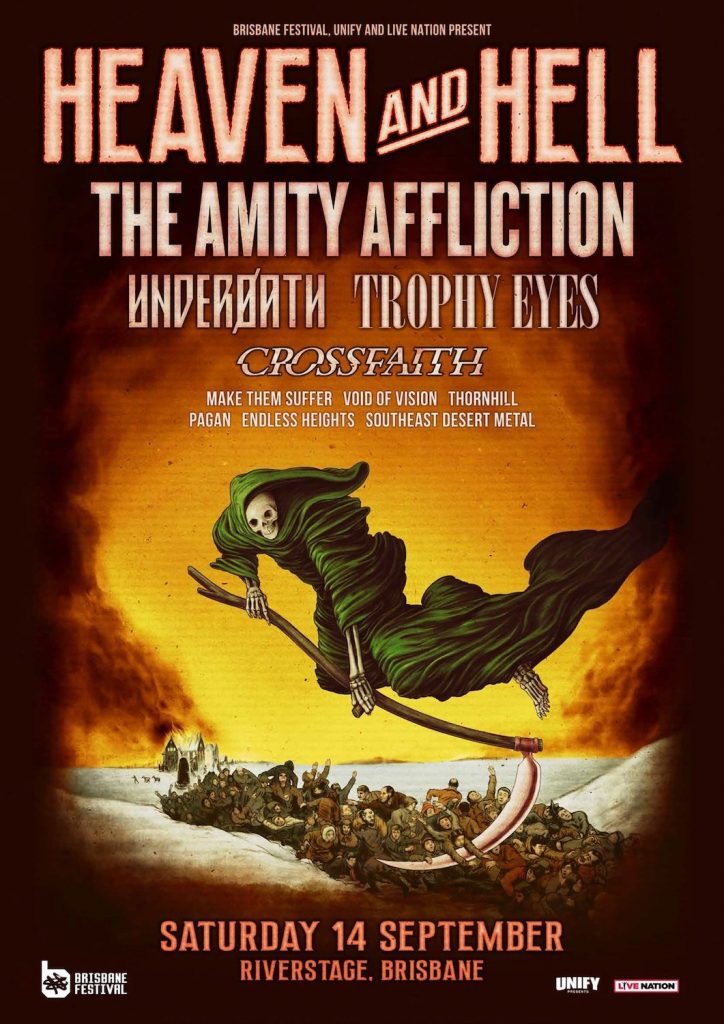