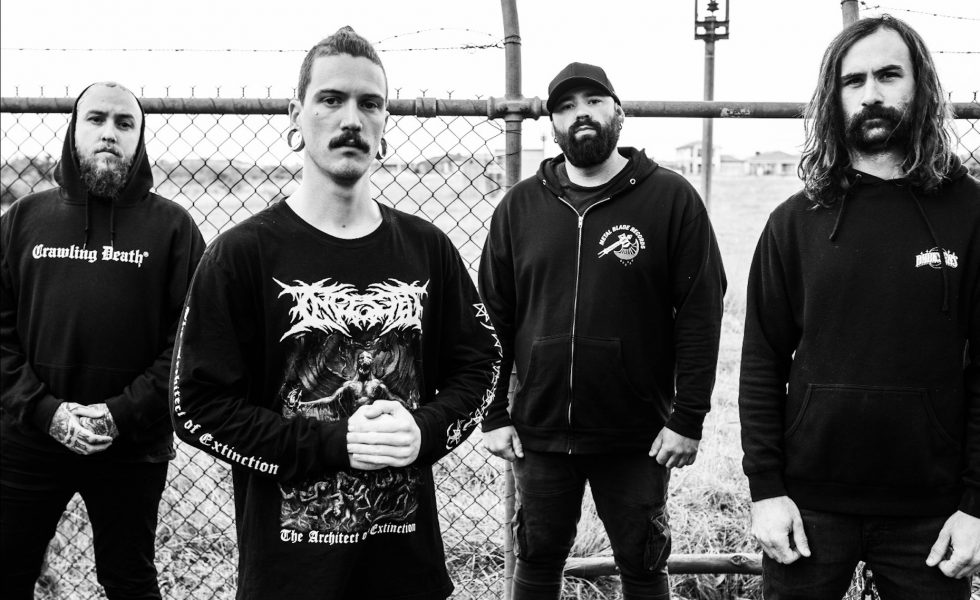 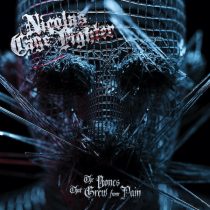 Nicolas Cage FighterThe Bones That Grew From The Pain

Having first formed in 2011, it’s been a pretty slow and steady journey for Nicolas Cage Fighter, who have finally unveiled their crushingly heavy debut album The Bones That Grew From The Pain.

Although, whilst The Bones That Grew From The Pain acts as a continuation of the group’s 2021 EP Cast You Out, it’s a release that takes the Ballarat based outfit to the next level.

Feeling like a completely different entity from the rest of the death metal group’s catalog, the brutal debut delves deep into the sounds of the 90’s. Spanning a multitude of genres, the release sees the death metal outfit marrying the slacked basslines of early hardcore with the frenetic energy and abrasive recording quality of early 2000’s death metal bands to deliver brutal blastbeats, sheering riffs and sinister harmonics all in a vintage NCF fashion. Taking their sound to impressive new heights is the group’s powerhouse vocalist, Nicholas Moriarty, whose vocal capabilities match that of any of the most revered vocalists of the genre, in particular when it comes to his impressive range. For instance, Grey Eye sees Moriarty deliver impressive high pitched snarls that match that of The Black Dahlia Murder’s Trevor Strnad, whilst Coughing Nails sees the adoption of deeper gutturals, which act as a powerful driving force behind the songs downtuned rhythms. In another defining moment, the album’s title track sees Moriarty’s take on an impressive staccato vocal cadence which gives off the impression that he is manically spilling lyrics out.

Nicolas Cage Fighter are absolutely winning the race, with The Bones That Grew From The Pain automatically separating them from the rest of the pack.

But it’s these ambitious moment’s of experimentation that fits so well with the release, especially considering it is quite evident that as a band NCF are trying some new soundscapes for this release. Foundation sees certain lyrics delivered in the style of slam poetry, whilst Heretic’s Vow adds in a black metal twist that sees the band toy with dark guitar harmonics and ominous extreme metal undertones. But it’s these moments that make The Bones That Grew From The Pain shine, acting as a clear differentiation from other bands within the genre. It may have taken over a decade for Nicolas Cage Fighter to finally drop their debut album, but as we have been told so many times before, slow and steady wins the race. In this case, Nicolas Cage Fighter are absolutely winning the race, with The Bones That Grew From The Pain automatically separating them from the rest of the pack.

STICK THIS NEXT TO: Thy Art is Murder, The Black Dahlia Murder, Justice For The Damned 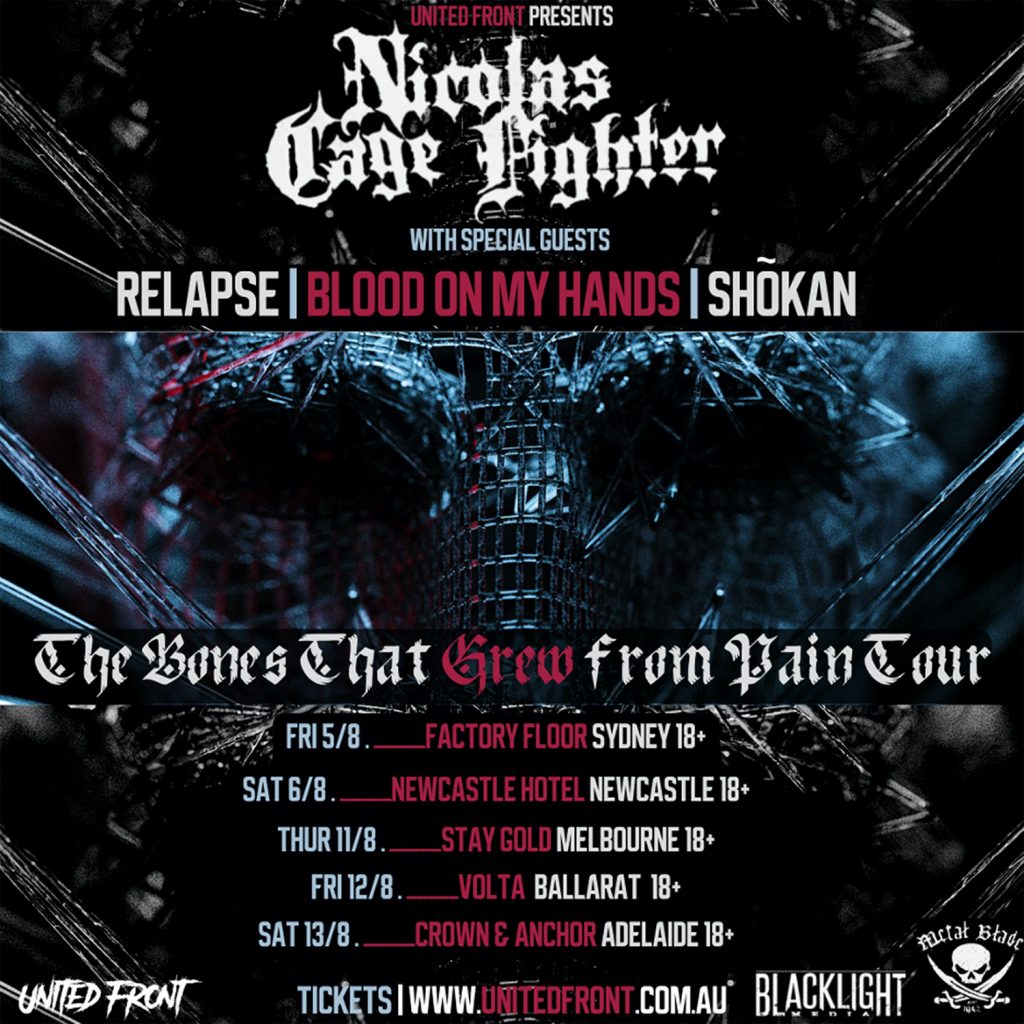