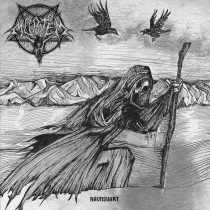 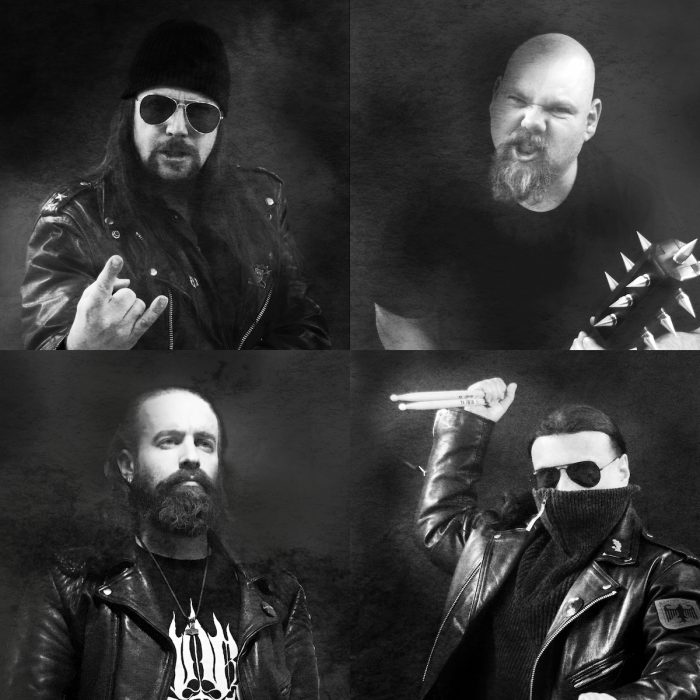 Ravnsvart heralds the reappearance of a band called Mortem. Formed in Norway in 1987, Mortem were one of the earliest black metal formations.

Sure, 2019 marks their ‘debut album’, since the last notch on Mortem’s discography is the highly collectable 1989 demo Slow Death, but its membership has pretty much never left. Ravnsvart features Mortem’s founders Steinar Sverd Johnson and Marius Vold, who developed Arcturus in the early 1990s, with Vold also a founder of Thorns, and Hellhammer, renowned drummer of Mayhem. Joining them is 1349 bassist Tor Stavenes, and together they have woven a dark and hostile yet alluring and captivating world on Ravnsvart.

Ravnsvart is exemplary of the tempestuous dualities that make black metal enticing. It is thoroughly entrenched in the cold sonic palette and grim sensibilities of gold standard black metal, yet laced with the infernal depth of the dramatic. Opening with the title track Ravnsvart, the scene set by Mortem is one of both danger and seduction. Stately riffs and rugged haunting vocals oscillate with mournful beauty to render a primal and brutal landscape.

While in principle Ravnsvart is something of a haunting echo from the hallowed springs of black metal’s origins, there is actually nothing dated or overly nostalgic about the music.

Ravnsvart is a relatively succinct album; each of the eight tracks is meticulously detailed, reflecting the detailed approach to songwriting familiar to listeners of Arcturus. Mortem does however cast aside such ornate compositional elegance, in favour of a more of a violent and passionate character. Heavier tracks such as the unrelenting Blood Horizon and Port Darkness showcase a phenomenal performance from Hellhammer. Even rhythmically, Ravnsvart is vibrant yet thundering, complex yet ruthless. In Port Darkness, as throughout Ravnsvart, there are varying textures. Opening with a profound atmosphere, Demon Shadow is another such example; the judicious use of keyboard generates a kind of transcendence across several movements, from the steady tidal swellings of the opening sequence, to a stunning extended guitar solo that heralds an atmospheric interlude with luscious bass lines and symphonic attributes before culminating in robust discordant riffs swelling to immersive heights. The symphonic elements that Mortem embrace come closer to the fore in Truly Damned, likely the darkest, most tension-laden and nihilistic track on Ravnsvart. The final track on this entrancing album The Core, opens with a foreboding spoken word piece, and plays out in chilling and majestic strains.

While in principle Ravnsvart is something of a haunting echo from the hallowed springs of black metal’s origins, there is actually nothing dated or overly nostalgic about the music. It seems less of a throwback to ‘89 than an accumulation of its members’ significant musical journeys since. With regards to form, ‘old-school’ may ordinarily suffice, but it is a profoundly current embodiment of it. If you’re a fan of Norwegian black metal—as it was, as well as how its own architects continue to embrace it—Ravnsvart is indispensible. Given significant contributions and achievements of its members in the thirty years since 1989, a Mortem album isn’t precisely the album upon which we ‘long awaited’; rather it is the album we didn’t realise we absolutely needed, and one that wholly enriches contemporary black metal.