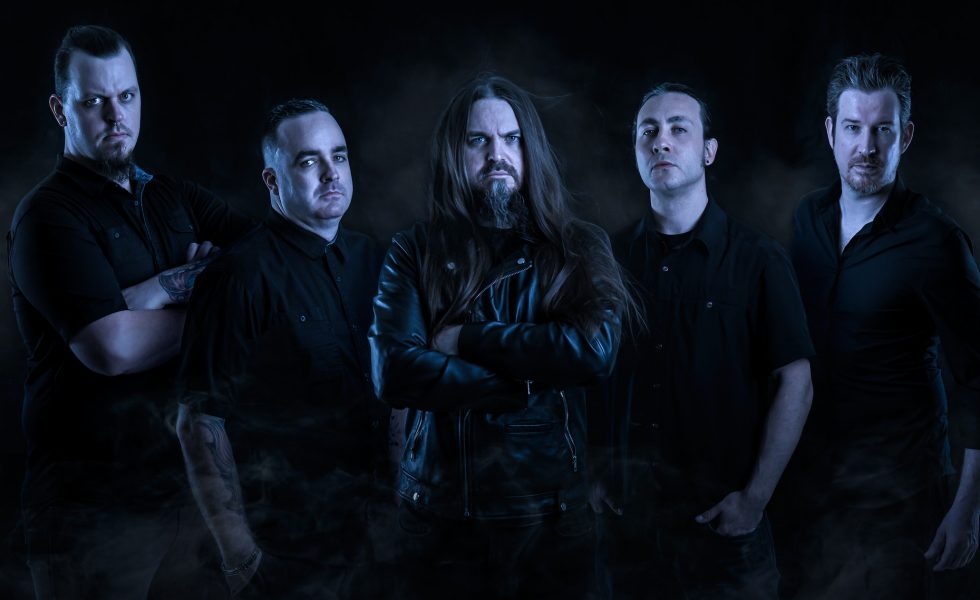 MINUS LIFE // Reinventing Their Future And Letting Go Of The Past

Back in the early 2000’s, Minus Life were one of the biggest bands on the Australian scene.

Gracing the stages of Big Day Out, Overcranked and Metal For The Brain and playing countless club shows around Australia, Minus Life have a long and storied history and are no stranger to reinventing themselves to keep up with the ever-changing landscape that is the music business. These days are a far cry from 2007 though, and a lot has changed in the last decade in terms of technology and band marketing, but Minus Life have proven since their rebirth that they are nothing if not adaptable. So Hysteria sat down with the five to see just how different being a band is for them after so long out of the game and what their plans are moving forward.

Minus Life had a killer career before they decided to call it a day. But for some members, it always felt like they had some unfinished business and one day, after an overdue catch up between guitarist Ryan O’Connell and vocalist Scott Moss, Minus Life was suddenly back in the game. The band had a few kinks to iron out once they had decided to come out of hiatus, but as soon as they had solidified a new lineup and started to write new music, they quickly found their groove again.

“The dynamic is a bit different, but in a good way. We are older and talk a lot more about everything and we put less pressure on everything,” vocalist Moss explains, of how life is in the band these days.

“It’s a much more relaxed affair these days. Since the split we went on to other musical endeavours but for me personally Minus Life was still an itch that needed scratching. Our current line-up has never been better as far as musicianship and personalities are concerned,” guitarist O’Connell agrees.

And after twelve years and a lot of growing up, the five have learned a thing or two about being able to implement a work-life balance that seems to suit everyone, with their passion for the band being the driving force.

“It’s actually more difficult for me personally juggling work and my daughter with the band, but I find the time because I love it. The boys are my extended family. We are a bit older, fatter and greyer around muzzle but we still have the passion!” drummer Travis Henderson says.

I love the digital age so much! Writing is much more efficient in being able to capture and send fully fleshed out ideas to the guys whenever inspiration strikes.
[ Ryan O’Connell ]

It’s this passion that has helped them to overcome the challenges that they have faced since re-forming. In this digital age, it’s easy to get lost among the other bands that are competing for the same audience, but it’s also so much easier for the band to create new music and to be found by people in places they never dreamed their music would reach.

“I love the digital age so much! Writing is much more efficient in being able to capture and send fully fleshed out ideas to the guys whenever inspiration strikes,” O’Connell says. And Henderson agrees. “In terms of technology, it makes things so much more efficient. Using my computer I can program basic drums for songs, record song ideas on the spot and make pretty good demos quickly and easily. No more writing ideas on paper and only being able to listen to them when you’re all together jamming,” he says.

But it can also hinder the band, as they set out to separate themselves from the rest.

“Music is so easily acquired. Wherever you are in the world, you can get access to pretty much anything you want, when you want it. It can make music very disposable. So, looking for new ways to release material is something we’d like to explore. If you release everything you’ve got on one album, you’ve got nothing new to give them (the fans) while writing new songs,” bassist Dave Jensen explains.

Yeah, we have a whole bunch of new tracks in the works. A couple of which we’ll be testing at this year’s Dead of Winter Festival on 13th July.
[ David Jensen ]

But it’s the ease of writing and being able to collaborate without leaving the comfort of their own homes that has led Minus Life to be able to quickly put to bed the old chapter of the band, so that they could move on to the next, to get the new tracks out to their fans. And their latest track Manipulation Of The Masses is a part of this old chapter, their past. Written twelve years ago, it was never released or even recorded, and it was one of the itches that needed to be scratched before the band felt that they could move on. It is something of a relief for the band to be able to begin working on new material though, and they are aware that their fans are frothing for some new music from them.

“Yeah, we have a whole bunch of new tracks in the works. A couple of which we’ll be testing at this year’s Dead of Winter Festival on 13th July. We’re on the Hysteria Stage at the Jubilee Hotel. So, come check us out. Let us know what you think!” Jensen says enthusiastically, with a nice little plug to the stage they are gracing at this year’s massive Dead of Winter festival, in just over two weeks time.

It will be awesome to hear some new tunes from the band and to hear the experimentation and the new directions the band have explored within the new lineup.

“And as much as we all love the material that was written over a decade ago, it’s never been our goal to stay safe within a certain formula that works. With the calibre of musicianship we have in this band right now, we’re very excited about pushing our sound into even more extreme territories as well as some unexpected ones as well,” O’Connell explains of the new music we can expect from the five.

I’d say we’re even more productive these days as we’re far more chilled. Without having the pressure of trying to be a full-time rockstar as we are in our 20’s, we’re getting so much more done.
[ Ryan O’Connell ]

“We have become more of a team effort, Dave (Jensen) has brought an element of playing we’ve never had before, he really thinks about every note and where it best fits the song and Burak (Ulugüney), well we are still finding our mold with him, but it is an exciting work in progress. And lyrically it’s always been me, but in recent discussions, I’ve asked for collaboration with the other guys to bring more ideas to the lyrical content,” Moss continues. “I’d say we’re even more productive these days as we’re far more chilled. Without having the pressure of trying to be a full-time rockstar as we are in our 20’s, we’re getting so much more done. It’s been so much fun playing both new and old material on the live stage and the audience response so far has been killer,” O’Connell adds.

So does that mean Minus Life have more fun now, as an older band?

“Yes, I think so. Without the pressure and dreams of grandeur that you have when you are 20. Thinking you’ll be the next big thing. I’m just happy playing and if something more comes of it, it would be an added bonus,” Moss says. “It’s a different level of fun. Less chaotic. The level of professionalism we have, to me, makes it more enjoyable. If that doesn’t make me sound old, I don’t know what will!” Jensen laughs.

And being older, and (occasionally) being more mature means that the band are definitely able to express themselves better.

“Getting older brings experience, thus you can express yourself better. The same thing happens in music when you’re trying to find new melodies or sounds that you want to express how you feel,” Ulugüney says. Being older and more experienced also means that Minus Life are taking their time with their next release, which will be all new material, and they plan to take some time off from the stage to really put their energies towards writing and recording an album that they plan to hopefully unleash in 2020.

So unless the right gig falls in their laps, you best get yourself to the Dead of Winter Festival on 13th July to catch Minus Life alongside a host of killer bands and be among the first to hear the new tracks and new directions the band are taking. And while it’s definitely a labour of love for the boys now, Minus Life are embracing that and making it work for them in the best way possible.