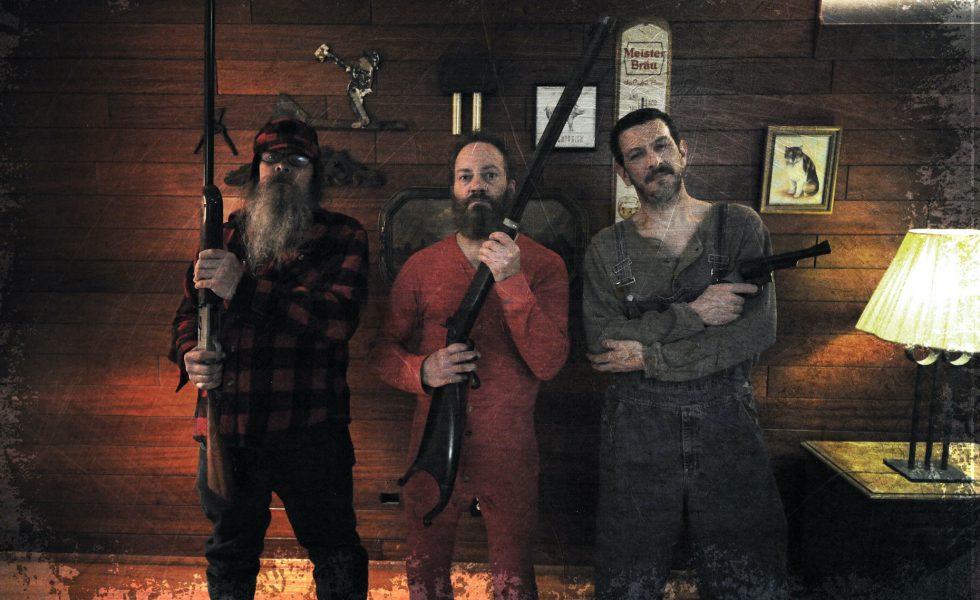 The actions and behaviours of serial killers and mass murderers have been a fascination for artists and their audiences for generations. For Chicago trio Macabre, they have become a lyrical obsession. Since 1993, killers are the only topics this odd-sounding band have written about.

“The first Macabre album (Gloom) was mixed. It wasn’t all about serial killers and mass murderers,” says the band’s chief songwriter, guitarist and vocalist Lance “Corporate Death” Lencioni. “We had Funeral Home and Exhumer, different things about grim topics but it was all corpses and bodies, and then with Sinister Slaughter, our first album with Nuclear Blast in ‘93, I just said, ‘We should just go all serial killers on this one. Let’s be the first band to do it’. And I think we kind of invented the lyrical style on that, the first band to do it full-time.”

Since then the band has done five albums and a string of EPs full of songs dealing strictly with the depravities of real-life killers. Albert Fish, Ted Bundy, Richard Ramirez and particularly Jeffrey Dahmer have featured heavily in their work. The band’s 2000 album, Dahmer, was devoted exclusively to the Milwaukee Monster.

“The Dahmer album we did was the life story of Jeffrey Dahmer. We started from his childhood to when he gets killed in jail. It’s a musical, pretty much.”

A strange and bizarre musical, to be sure, replete with bastardised nursery rhymes, grindcore parts, weird and twisted vocal arrangements and simplistic, comical lyrics. It’s a truly unique approach that comes from Lencioni’s refusal to allow himself to be bored by what he does.

“We did an album called Murder Metal that we use to describe our music,” he explains, “but if you go into it we could really say it’s murder music. It’s not always metal. It can go from extreme metal at one point to happy melodies, and that’s what we tried to do on this album. I get bored doing the same vocal style all the time. I could try to be technical or scream my brains out the whole time, but I would get bored doing that. I like to have variety in music.”

It’s not always metal. It can go from extreme metal at one point to happy melodies, and that’s what we tried to do on this album. I get bored doing the same vocal style all the time. I could try to be technical or scream my brains out the whole time, but I would get bored doing that. I like to have variety in music.
[ Lance “Corporate Death” Lencioni ]

Carnival of Killers is Macabre’s first album since 2011, another veritable smorgasbord of outrageous extremity exploiting the deeds of John Wayne Gacy, Ed Gein, Richard Speck and Oklahoma City bomber Timothy McVeigh, among others, including their favourites Fish, Ramirez and Bundy. This obsession with individual monsters rather than that of industrial-sized murder machines like Nazi atrocities, the Inquisition or war-mongering came about “by accident”.

“We weren’t really trying to come up with some big gimmick or something. I read about these guys when I was 15 years old, doing a book report on Bonnie and Clyde, and I read about Albert Fish in the book, and Ed Gein. Some years later I thought about writing a song about these guys. We were getting into some pretty extreme metal, trying to go as fast as we could right before our first album, and I wrote a couple songs about them.”

It was the work of another Gein who helped with the final product – Adelaide artist Laz Gein, who put together the cover art and of whom Lencioni cannot say enough good things about.

“I met him in Australia when we toured,” he says. “He’s my favourite artist. He’s a tattoo artist, and me and him worked step-by-step on this. He did one killer at a time, he did the background, and I would say, ‘Can we change this, Laz?’ We went back and forth until we finally got it down. I want to use him for future albums, and I hope other bands look into him on Facebook. I sure hope he gets more work from other bands.”

Carnival of Killers sees them return to Nuclear Blast’s stable after almost two decades of bouncing around on various minor underground labels. Lecioni reveals that it should be a good move for Macabre, as it will allow them to re-issue all of their previous albums as well. Always independent, Macabre has only ever licensed their work to the labels that have released them, meaning they have always had the freedom to one day do whatever they want with them.

“We did an album with Nuclear Blast in 93, and when we talked to them about doing this new album… our manager did the legwork on this one, and he came back with all the offers and said this one was the best. They want to put out all our old albums. We record everything ourselves, they’re not owned by any label so after five years we can put them back out. So you can put them out through different companies, remaster them, make things better on them… we jumped onto this. This is exactly what we needed.”

Several years of work has gone into their new album, with many of the ideas left over from songs they didn’t develop on Grim Scary Tales in 2011. But Lencioni already has plans for Macabre’s next excursion into the sordid and insalubrious. In 2002, he and bassist Charles “Nefarious” Lescewicz released the acoustic Campfire Tales EP under the name Macabre Minstrels. His idea is to do that once again, this time as a concept album about paedophile and cannibal Albert Fish, who was executed in 1936. Fish was known to have murdered three children and is suspected of the deaths of at least six more.

“It’s all about Albert Fish eating kids, so it’s pretty sick. It’s going to have seafaring songs and children’s music on it. I’d like to add our drummer (Dennis “the Menace” Ritchie) this time, with all kinds of traditional hand drums and chimes and I want to make it sound like medieval minstrels. That’s my plan for the next album, Fish Tales by Macabre Minstrels.”