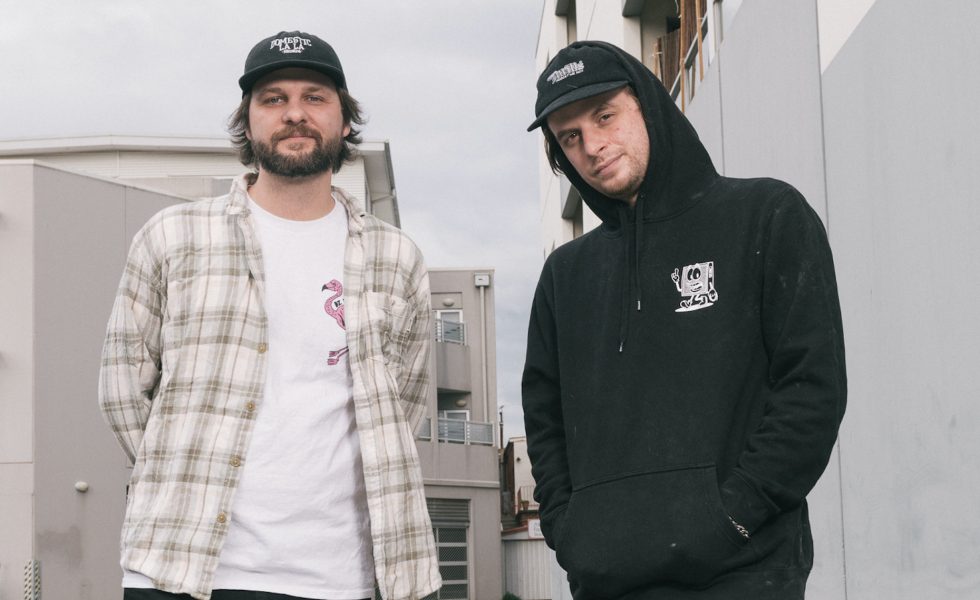 LOSER // Release New Ballad ‘Only One’

Alt-rock powerhouse LOSER welcome 2023, continuing the mapping of their new EP with the release of third single Only One from their innovative ‘Netflix-style’ EP Stadium Dreams On A Bedroom Budget.

MORE: NOFX: Fat Mike Chats Double Albums, Being Ghosted By Blink-182 & The Emotional Journey For The Last Ever NOFX Shows // DUNE RATS: Dance Lessons and Thinking Outside The Box REVIEWS: SLEEPING WITH SIRENS: Complete Collapse // blink-182: EDGING // FREEDOM OF FEAR: Carpathia // ARCHITECTS: the classic symptoms of a broken spirit // SLIPKNOT: The End, So Far // THE GLOOM IN THE CORNER: Trinity

The only ballad from the EP, they sacrifice none of the power or refinement that has established LOSER as one of Australia’s premier rock outfits.

Since forming in 2018, LOSER has gained critical praise and industry acclaim for their highly refined take on alt-rock. Scoring nominations for both the Australian Music Prize and ‘Punk Album of the Year’ in the 2022 AIR Awards alongside triple j rotations, NME feature articles and a Scenestr magazine front cover.

This latest single Only One is a gentle moment of reprieve on the power-forward 6-track EP. It spotlights vocalist Tim Maxwell unfurling his heart in vulnerability reminiscing on the power of loyalty and love.

“The ballad of the EP, this song took ages to get right. We recorded it multiple times and I doubted it for a while but eventually we got the right sound. Only One is one of the first love songs I have written, no matter how many times you fuck up in life there will always be someone by your side to support you and give you hope.” Tim Maxwell, LOSER

To accompany the single, LOSER released a live clip, “We wanted all the music videos for the release to be live performances. This was to create a different reason to watch the video, because you are getting an actual live take audio performance and not the audio from the EP. We also wanted to show people that we can actually play our own instruments. It’s funny that in 2023 that has become a point of difference, but we don’t wanna hide behind technology, because when it comes to performing we’re the real deal.” – LOSER

LOSER introduced Australia to the EP with the first single Heaven Can Wait – a soaring riffed-out introduction to their new project. The next release, Hold On You maintained the strength and punk tenacity from the first and continued LOSER’s reputation for delivering hard-hitting expertly crafted songs. Across the two they received high acclaim from industry tastemakers such as NME, Amnplify, triple j, SYN, BRock, 4ZZZ, Rebel FM and more.

“The whole idea with this EP was to switch up how we’ve released music in the past. We’ve always been a traditional album band, but this new EP felt like a fresh direction for us musically, so we thought it could be fun to try something a little different in the way we presented it. It’s not a collection of singles, it’s more like a netflix tv series, where the entire body of work is designed to flow as a whole, but is presented piece by piece.” LOSER

With over 2 million streams across previous releases, support slots for Violent Soho, Ruby Fields, British India, Bugs, Slowly Slowly and more, the band have also graced the stages of iconic Festivals like Falls Festival, BIGSOUND 2022, The Hills are Alive, Beer InCider and Til’ The Wheels Fall off.

Only One, was recorded at Restless Noise Studios, the band’s own home studio. The track was produced by band members Craig Selak and Tim Maxwell, the latter of whom also mixed. To close out the team, the track was then mastered by George Georgiadis at Little Wing Sound (The VANNS, Gang Of Youths).