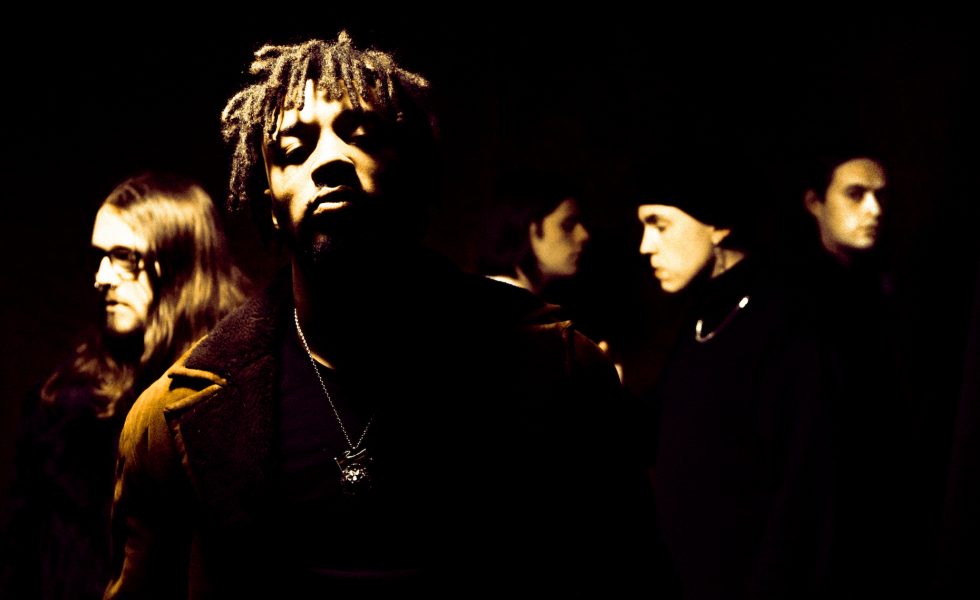 English alt-metallers Loathe have forged a strong following in their homeland and with the release of their second album I Let It In And It Took Everything they are finally set to take over the colonies.

With multiple high-profile award nods back home and having been tipped by Revolver Magazine as a band to watch in 2020, Loathe come with a rare kind of pedigree as they lean into the potential tedium of an international promotional junket.

Speaking with lead vocalist Kadeem France over the phone in wildly different time-zones, he is happy and circumspect about the band’s position.

“I think it’s an amazing thing,” says Kadeem cheerfully, “That’s incredible. I wouldn’t want any less for my band but from day one we’ve had a bit of tunnel-vision. For example, when we recorded our album, we recorded everything in a cottage in the middle of Wales and literally the closest shop is a 40 minute walk so it’s very … I don’t know, we just try not to let the outside world have influence on how we’re going to create. I feel like that’s evident in how different our music is now with this last album.”

I’d love to just have the album as one big song; where you sit down to it—start to finish—to fully let it in.
[ Kadeem France ]

Speaking of the album, the band has crafted a sprawling, genre-bent soundtrack with distinctly cinematic influences, as well as some obvious musical touchstones from the early 2000s metal canon. Asked how he describes their sound, he struggles to find a way other than reverently naming the band’s favourite common influences.

“Honestly, when people say ‘who are your influences’, we always listened to a lot of Meshuggah and obviously Deftones … Glassjaw, and also Radiohead,” he says, “but then at the same time, obviously, we listened to a lot of metalcore when we were about sixteen-seventeen-eighteen; around that age. Honestly, I don’t know how to describe it. Whenever people ask, I just name bands that we all enjoy.”

Those influences have collided in a glorious blend of shoegaze-metalcore, progressive brain-melting extremity, and impeccably modern rock and roll with glimpses of cinematic scope. Inspiration-whores that they are, the band proudly takes influence from media, including books, films and videogames, to help shape their sonic palette.

“It’s something that comes natural to us,” Kadeem says. “Since our last album we’ve—I wouldn’t say matured a lot musically but our interests have broadened and through that we’ve created new ways, and inspiration from things we wouldn’t have thought of back then.”

“We think of songs like movies or movie soundtracks.” Kadeem continues. “That’s how we like to think of music, so whenever we all come together it’s like, ‘Okay, what are we going to do for this story?’”

“With how the track-list works with the instrumentals and stuff, we try and make it feel like a natural course of emotion,” he adds as we discuss the eclectic nature of the album. “It’s how we look at it; it’s one big song … I’d love to just have the album as one big song; where you sit down to it—start to finish—to fully let it in,” Kadeem laughs, “if that makes sense.”

Kadeem speaks with a bright voice that hints at his eagerness, and the band have been steadily releasing teasers and videos in the lead-up to the release of I Let It In And It Took Everything. Loathe have released a seminal work and with plans for world-domination in the pipeline, hopefully we’ll see them on our shores soon.

“We definitely want to come to Australia. It has to happen. God I want to go.”

I Let It In And It Took Everything is out now via Sharptone Records.