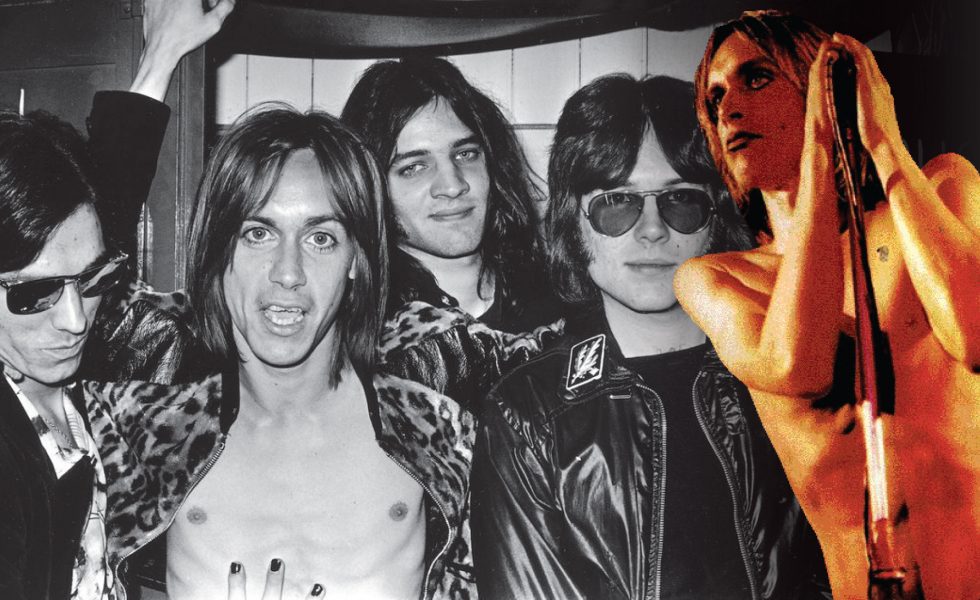 The Stooges had no contemporaries. Nobody was doing it. Nobody wanted to. Nobody cared.

While the popular sound of the ’70s pushed into complexity and flashy polish, Iggy and his comrades lurked in the flanks. Convinced of a sense of purpose and caught within a swirl of druggy excess, fortunes and personal relationships crumbled around them. The Stooges didn’t care. They were too busy stoking the primordial fire of rock ‘n’ roll.

1969 debut The Stooges arrived at the end of flower power. Like The Velvet Underground before them, the Michigan outfit had coalesced in opposition to the crumbling idealism of the hippy dream. The Stooges were chasing a darker thread.

Their music was distorted, dirty, amateur and unhinged. Thrills, energy, and attitude took precedence over virtuosity or studio excess. Halfway between rock’s roots and punk their record was scorned, shunted and ignored. Follow up Fun House arrived the year following but like its predecessor, it met with critical indifference and commercial oblivion.

The Stooges weren’t looking to service a hip crowd, but a social underclass.

Iggy Pop shocked audiences. The Stooges’ frontman was crude and offensive. He stalked, contorted, spat and threw himself about the stage or off it.  Iggy was a persona. While the two have meshed in later life, there was a large polarity between Iggy Pop and James Osterberg. Jim was an intelligent and disarmingly well-read anthropology drop out. He loved Nietzsche.

The Ig was a dribbling troglodyte, an animal. Fuelled by an equally repellent and narcotic ferocity. A delinquent powered by carnal malice.  A strutting Neanderthal who slashed his bared body to a bloody mess onstage one night and smeared it with peanut butter the next. 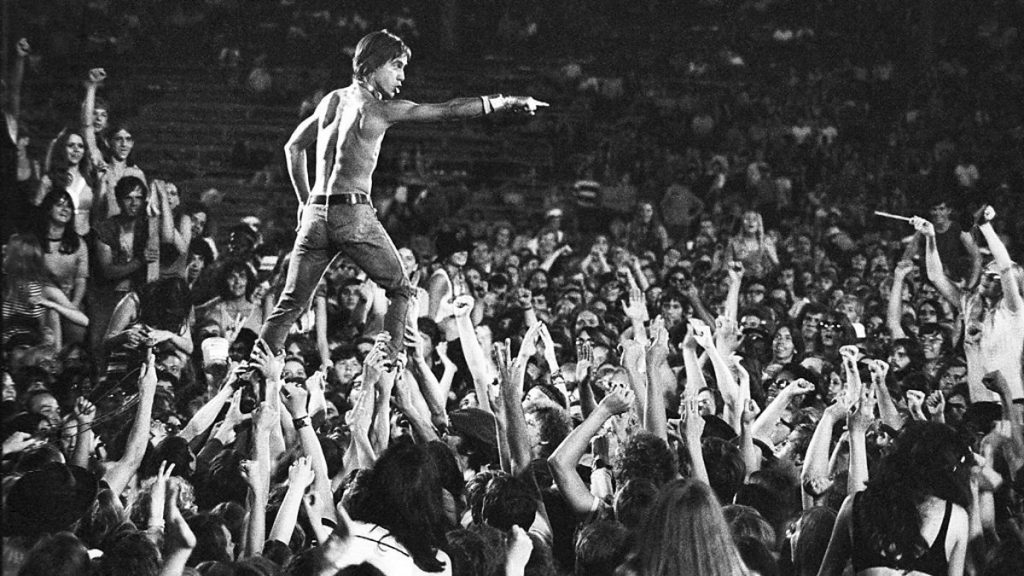 The Stooges weren’t looking to service a hip crowd, but a social underclass. They wanted to reach dropouts, chancers, high school losers and drug-addled youths. People with problems beyond repair.  Outsiders not by calling but by nature.

They failed. In 1972 The Stooges folded. Succumbing to their own substance abuse and interpersonal malice they simply gave up. All their effort would have been for naught had it not been for a single saving grace. They’d anticipated glam rock.

After spending the ‘60s battling his own obscurity Davy Jones (now David Bowie) was the 1970s’ rising star. As Bowie’s Ziggy persona built momentum, he publicly took Iggy and Loud Reed under his wing. David idolised both and sympathised with their art-damaged cause. Iggy signed as a solo artist with Bowie’s Main Man management company. Bound by an unconventional agreement stipulating that he withhold from heroin and other excess, he then wooed industry heavy Clive Davis to nab a recording contract with Columbia Records. 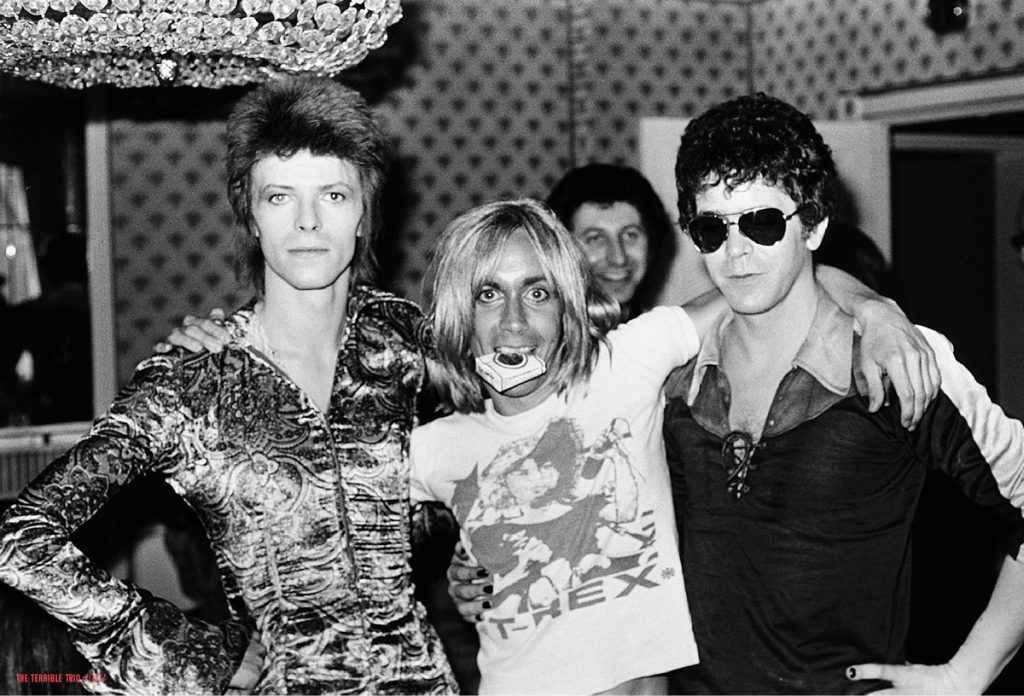 After a number of abortive attempts to place Iggy in the company of more pliant backing groups, The Stooges reconvened. With the more accomplished James Williamson brought in on guitar, incumbent Ron Asheton was shifted to bass to replace Dave Alexander who had not returned. Here a disgruntled Ron formed the rhythm section with brother and drummer Scott.

While they recorded under the name Iggy and The Stooges, to those within the group they were simply The Stooges.  The same old tensions were still simmering away. Swirling amidst a cloud of hash, acid and heroin Iggy wasn’t always calling the shots. Clashes would soon lead to a terse and inevitable disintegration, but for now, they had a hundred six-figure record deal and an album to cut.

Given relative free rein in the studio, production was dirty and recordings distorted. Volume was punched well into the red. The sessions were protracted, and the album arrived much later than expected. When it did arrive Columbia and management were appalled. So much so that they only agreed to release the product if Bowie could salvage it with his own mix.

Bowie complied, traveling to LA’s Western Studios where he and the band worked on post production. His trebly mix resulted in a thinner sound which the band notoriously disliked. It was Iggy after all which Bowie had fallen in love with. The unhinged rock throwaways that were The Stooges he never quite grasped.

Yet his less-than-conventional production added to an inherent oddness. The Stooges Sound. It became a definitive grab.

Raw Power was, behind, ahead and ignoring the standards of its time. The Stooges delivered eight songs which revelled in the love lethal spirit of the new decade. They were sketching their turbulent era to song.

Its music explodes in fits of violence, rejection, disillusion, indifference, poisoned sexuality, ennui, and teen confusion. Stifled in sweat and frustration, they hit a new level of sonic intensity and leering perversity. Vigorously self-destructive, it was entirely within its moment.

Their fearless commitment showed others the possibilities of an aggressive new sound that would later be immortalised as punk.

The record blares into existence with Search and Destroy. It’s the blood spilling narrative of an unnamed soldier, a nihilist vessel. Springing from Iggy’s heroin-addled mind while sitting under an oak tree in London’s Kensington Gardens, this character is given purpose not by the ideological causes of The Vietnam War but simply a primordial lust for savagery. Perhaps in his delusional state Jim Osterberg was that street-walkin’ cheetah, the son of the nuclear age. He just never got the draft.

Gimme Danger is a brooding ballad. “Gimme danger, little stranger, and I will feel your disease” Iggy croons in the deep Jim Morrison drawl. As with Penetration and so many other moments on this record love and sex conflates with violence. It’s here that the Iggy finds his muse.

Your Pretty Face Is Going to Hell belches out a mess of noise and putdown sleaze. The vile fantasy of a delinquent mind gone wrong. The Stooges spew vitriol, verbal and sonic. Pop only pauses to brood on dark and disquieted thoughts.

The pure shrieking chaos is punctuated by the raunchy blues of I Need Somebody. Shake Appeal calls back to classic rock ‘n’ roll as Iggy and James do their best to invoke the personas of Little Richard and Chuck Berry respectively. Death Trip seems to be a joyously reprise of Search and Destroy. Having somehow held it together up until this point, here the band slips sloppily into blistering guitar solos and sludgy incoherence. 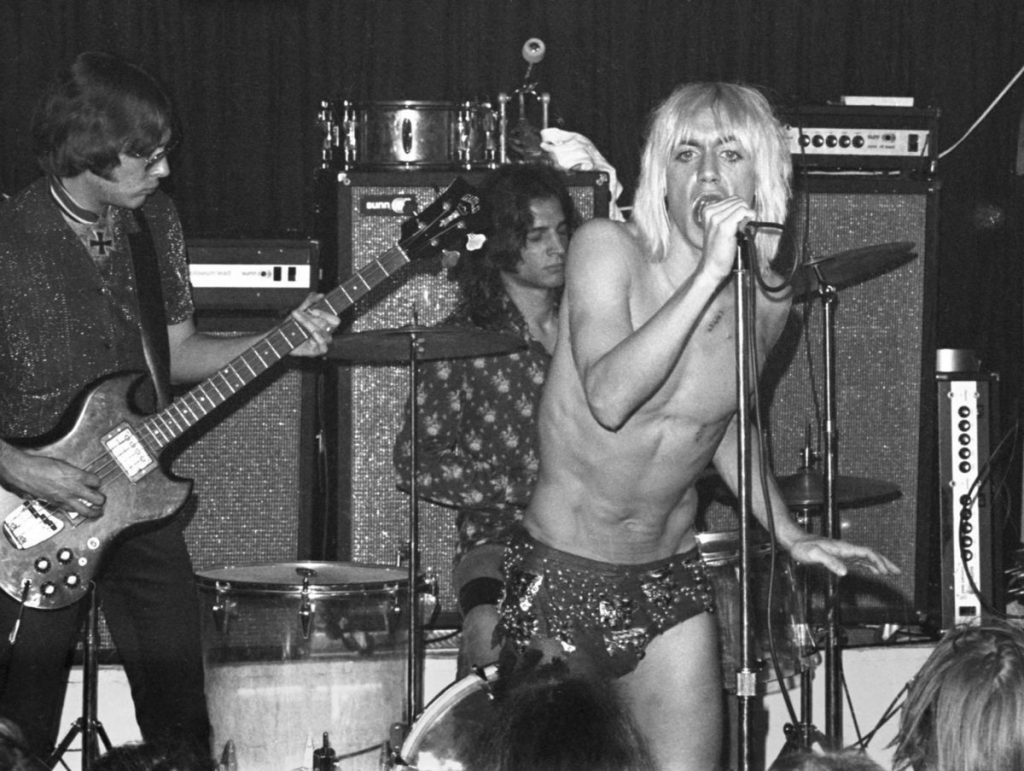 Raw Power captures The Stooges in mid-flight. Four fearless and drug-mangled visionaries powered by an elemental blend of self-destructive conviction, sweat and a squall of rock in its rawest form. Crass, artless and world-changing, they imploded within the year.

The album instantaneously bombed. But word spread. Generations of artists found something to hook onto, whether it was Iggy’s danger, James’ inspired fretwork, the volatile rhythm, bleak themes of nihilism, or the idiosyncrasies of the recording. The Stooges had taken rock music to the razor’s edge. Blazing with violent intensity and cloaked in unceasingly failure their follies became the stuff of legend.

Their fearless commitment showed others the possibilities of an aggressive new sound that would later be immortalised as punk. Negative emotions didn’t have to be buried behind a painted smile. Ill-defined rage could and should be thrown loose and unleashed upon the world.

The Stooges knew this, even if just by instinct. They were the caustic truth of their times. No wonder people weren’t ready to accept it, they still aren’t.

Raw Power embodies an idealism and artistic vision both defying and defining the music of 1973. It’s a simple document of The Stooges, a band who played it honest while pushing rock to a harder, louder and faster extreme. A death trip to immortality. 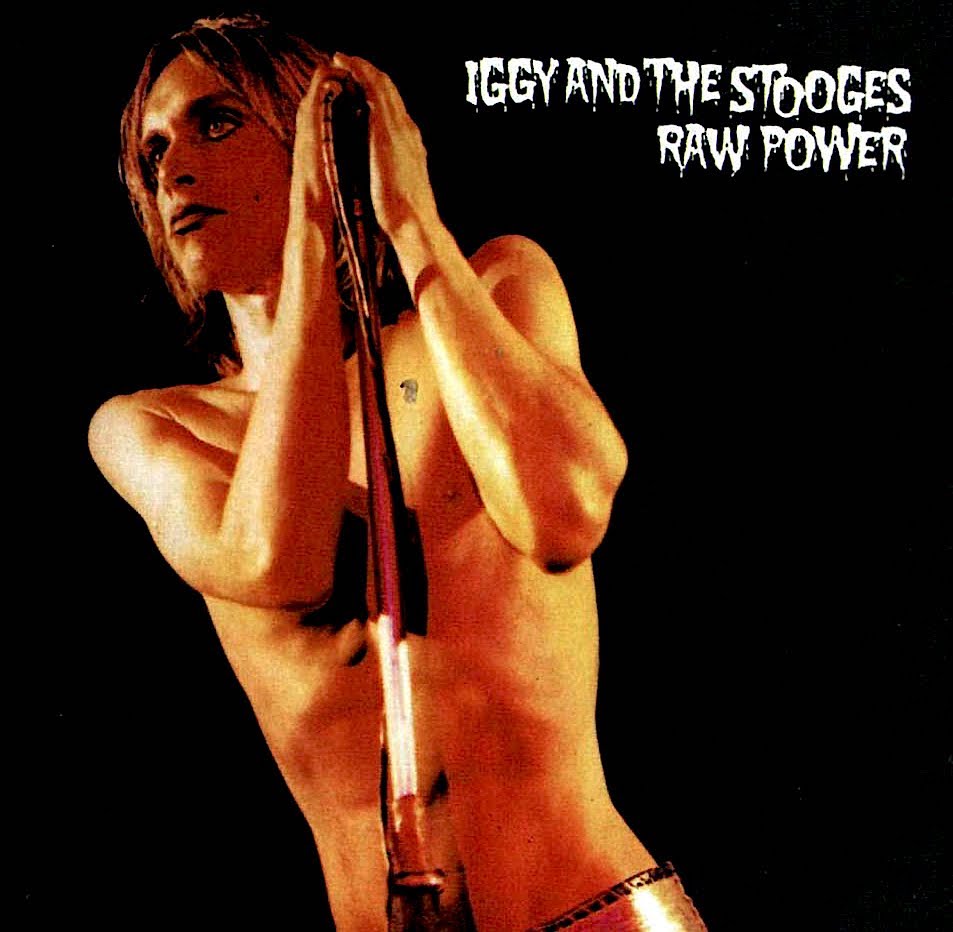