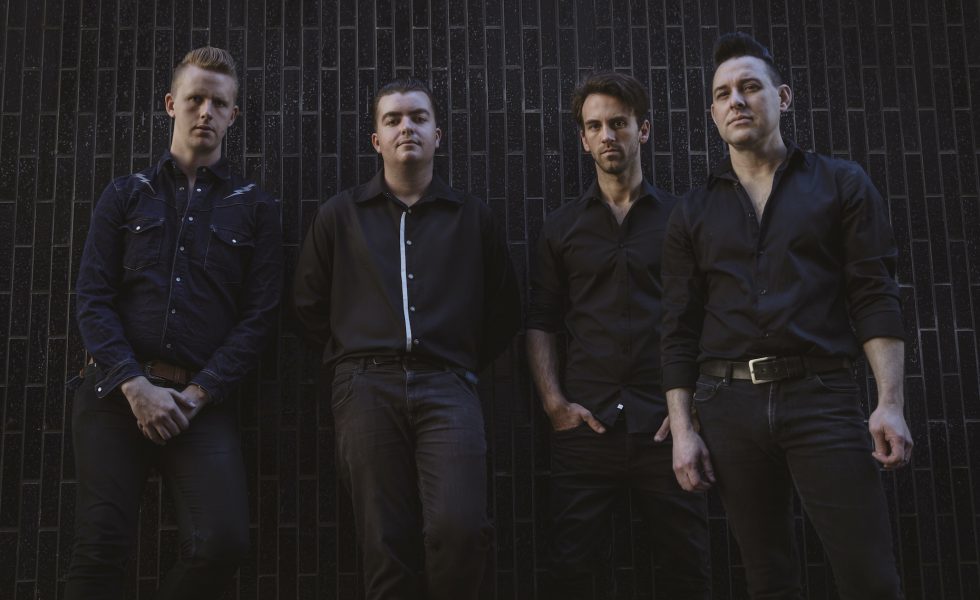 Despite being continents apart, Kristofer Dommin & The Oztones recently shared Chasing Yesterday, a celebration of Americana with threads of rockabilly and blues woven all the way through.

We caught up with the band lead, Kristofer Dommin, currently based in the US to chat about how it came together and more.

Hysteria: Tell us about how the band came together.

Kristofer: When I first moved to Brisbane in 2016, my wife took me to a place called Lefty’s. With its Americana vibe, I think she figured I’d feel at home. What I saw were two amazing players, Danny Lowrie shredding on his Gretsch White Falcon and Dale Berends with some serious chops playing upright rockabilly bass. I thought to myself; these are guys I need for my new project! So I did a little social media stalking, and when I attempted to send a message to Dale, I noticed I already had a Facebook request from him. So it’s almost as if it was meant to be. We were seeking each other out. Jot Garrott responded to a drummer audition call, and I was blown away by his style.

How are you finding this project compares to your previous one?

My previous project was darker, heavier and more melancholy and, in that sense, a smaller part of who I am as a person. This project has a lot more range. It can get pretty moody at times but doesn’t shy away from being light-hearted or sarcastic, so it captures a bigger picture of my personality. The music has more of a roots influence and gets back to the heart of original rock ‘n’ roll. The guys in The Oztones have a lot of musicality to offer. So with the songs, I keep any direction vague and basic so that they have plenty of room to shine and be creative. And shine, they do!

I think when I wrote the words, I felt like my relationship and my music was on life support. It all felt so forced and stagnant. I just wanted to move on. I wanted to feel optimistic, and the only way to do that was to think about the future possibilities.
[ Kristofer Dommin ]

How have you been dealing with being separated from The Oztones? Have you still been able to work on music?

It’s tough because it has removed the live aspect of the band for the moment, which we have really enjoyed over the past couple of years. But we’re still working on making videos for the album we recorded. I’m also using this time to write and demo for the next album.

What inspired the new single, both sonically and lyrically?

Sonically, I feel like it has a pretty 80’s feel with elements of The Clash like the main guitar riff, but also I get The Cure vibes too, with the subtle vibraphone in the choruses. I’m a big fan of those big sweeping dreamy California chords as well, which harkens back to the ’50s. I know they aren’t actually called “California chords”, but that’s what I’ve been calling them. Vocally, I’ve always been inspired by classic crooners of the ’40s, ’50s and ’60s. And as with most of our songs, it’s got that swing. Lyrically, it was inspired by the desire to move forward. I think when I wrote the words, I felt like my relationship and my music was on life support. It all felt so forced and stagnant. I just wanted to move on. I wanted to feel optimistic, and the only way to do that was to think about the future possibilities.

Tomo has always been supportive of me musically. He created most of the music on this song, from the guitar chords to the bass line. So after getting the track, he just let me take it from there to do my thing.

How’d the music video come together?

The music video almost came together as an accident. Once I knew that I was moving to the U.S. for a bit, I started to film as much as I could of the band hanging out and asking my wife to record our performances. So when I needed content for the video, I had a bit to choose from. It just happened to be that the dodgem cars and carnival scenes feel very nostalgic and fit perfectly with the song lyric of “foolish games” and the title of “Chasing Yesterday.” It was so funny watching the guys try to drive and hold their beers while getting knocked around from every side.

What else is in store for the band this year?

Well, so far, we’ve released eight singles now, nearly one per month. We want to leave some surprises for the album now. So, we’re going to finish out the year promoting what we’ve released so far, doing some playthrough videos, hopefully, some Livestream conversations and fun things on our socials. Then it’s going to be all the prep for the full album release, which looks like it will be in January or February 2022. So album art, album title, track order and maybe even some vinyl pressings are all on the to-do list. I’m also very focused on setting up tours in both Australia and the U.S. for 2022.