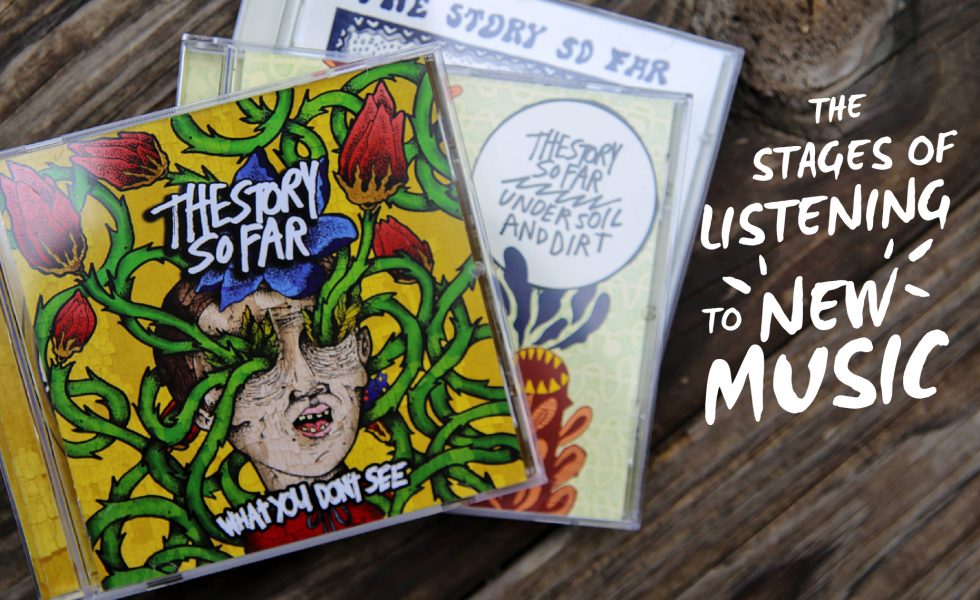 THE HYST LIST // The Stages of Listening to New Music

Whether it’s in the digital form of Spotify or iTunes, a package from the almighty beast of Amazon, or a trip to the local music store, the arrival of new music is an anticipated and beloved moment for every level of fan.

Two years is the general rule of thumb for bands. Every other year brings the creation of an album. At about the two year mark bands write 10-12 songs for an album. As with anything, bands split into two camps: subtle hints mentioned over the course of a few weeks or utterly reckless abandon. Either method will result with #trending in their fan base, retweets, shares, and the general excitement of people already engulfed by the scene.

Sure, it’s new music, but is it any good? With every new album, there’s a mixture of hesitation and uncertainty about its quality. Will your beloved band change genres and emerge completely unscathed? (That’s debatable.) Some bands prefer to stick with the same sounds, same topics—if it ain’t broke, don’t fix it. Others may be more daring; think Bring Me the Horizon and That’s the Spirit. However, if they decide to go the route of the new, this uncharted frontier of fearlessness could lead to danger; think All Time Low and Nothing Personal or Mayday Parade and Anywhere But Here (I’m not saying these albums are complete lemons, but there’s a reason that only one or two songs from the album have left their fans singing). 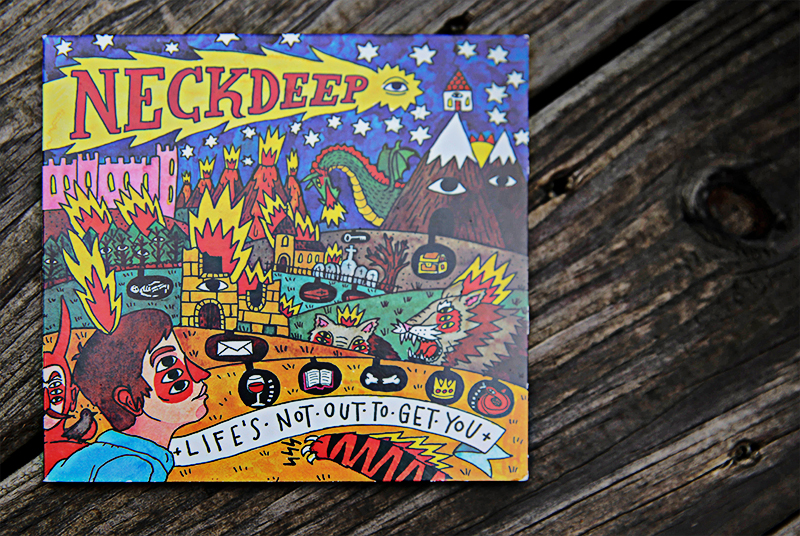 If you’ve fallen completely in love with the singles and snippets drip-fed over the past few months, then this day will be marked in your digital calendar. I’m pretty old-school myself: I prefer the hard copy, adding the album to my ever-growing collection. When State Champs’ Around the World and Back was released, I found myself waiting for someone to open the store so I could run to the back and grab the first copy they had (this also required some research to see what stores a) still sold CDs and b) would actually have anything by State Champs on their shelves…)

The first few listens to an album are tests of patience. As much as you want to sing along with Ben Barlow, you can’t, at least not yet. (Well, you could, but it’d be more of a jumbled mess of murmurs, moans, and humming than actual words.) In these moments of concentration, it feels like you’ll never be able to get all the words right, but after a good two (or twenty) spins, you’ll be pushing Barlow to the side and belting out the lyrics, miming guitar riffs, pounding on imaginary drums, and singing backup vocals on your own (all at the same time?). Even if you think you have all the words down and are completely in-tune with the singers’ struggle, heartbreak, anger, you’ll still flub a few lines here and there. Maybe you fill in the blanks with gibberish or just make up your own lyrics, butchering the whole chorus (I’m guilty of not completely understanding everything Parker Cannon says), but the moment you find out what the real words were, you’ll wonder what else you’ve been doing wrong in your life.

5.//When You Finally Get It

Regardless of the amount of time it takes you to understand the lyrics completely, the goose bumps that form from a song well done are testament enough to the hard work a band has put into an album. The cacophony converges to produce something that you’ll listen to for weeks (if not months) on end.