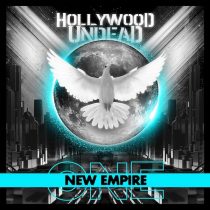 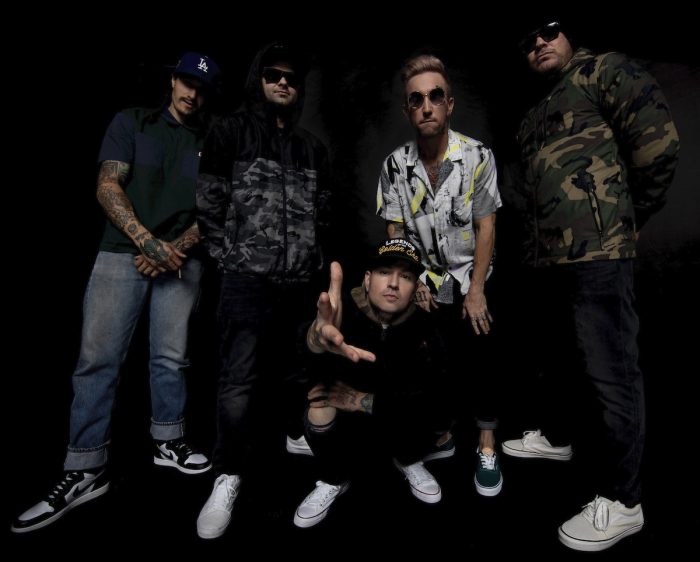 Los Angeles rap-metal torchbearers Hollywood Undead are coming out with their latest album New Empire Vol. 1 and rap-rock aficionados should approach this with realistic expectations to get the most out of it.

Treading territory that would feel equally familiar to fans of Hyro Da Hero as Asking Alexandria as something that fans of Future could relate to, it’s loud and modern and it’s reeeaaal mixed up inside. It’s all a little off. Quick-as history lesson: trap music was born in the cocaine trap-houses of Atlanta and, for all of its flaws, is extremely street-level dance music from a very dangerous place. It was historically quite desperate music in its origins, as most rap music was. This feels extremely white and college-y. Part of a rap-rock renaissance (even beginning their career sporting gimmicky masks and dopey aliases al-la Slipknot or Mushroomhead), the nu-metal vibes are huge here. If that’s not your thing, switch off now; it’s not getting better for you.

Third song Already Dead is a highlight and is ripe for a massive crowd singalong. Music nerds will hear the strong chopped-and-screwed influence in the effects layers, but the heart of the song is a huge melodo-metal chorus which would make Bring Me The Horizon proud.

Empire builds off a simple tik-tik rap beat into a fully-fledged synth-rock chorus that wouldn’t feel out of place on an OK GO song. It’s interesting, and it’s not hard to imagine it becoming a radio-single that gets some traction and confuses the shit out of new listeners.

It’s a weird mix of ideas and it doesn’t always work but it contains some songs that deserve a repeat listen.

The Ghostmane-esque aggro-trap influences come together on the witchhouse-inspired Killin It, and it’s not a smart moment but it’s got a head-nodding groove to it, while Enemy works through a Spineshank-industrial nu-bounce to supply another possible crowd favourite.

Lyrically the band treads familiar territory, which is disappointing for a band with so many rap-breaks and singalong parts, but it sounds sincere and there’s a dumb charm that shines through occasionally. But it’s all pretty stupid and you’re not going to learn anything about the world or yourself from these songs, except maybe that you really like some stupid shit. You probably already know that about yourself though.

Coming off at times like a socially-acceptable Attila with the jock-jam rock choruses and shouted rap breaks, it’s a high-energy frat-boy rap-metal workout with some impressive effects littering the songs, but the teen angst is hard to overlook. The heavy rap-screamed vocals are somewhat undercut by the reliance on the castrato-high cleans and the “you’re-not-my-real-dad” rage-vibes.

There is some clever instrumentation buried in the metalised rap-rock angst, and there are genuinely compelling floor-fillers here, but the lyrics are unintentionally hilarious in places and the vocals frequently undermine the street-tough backbone of the music. It’s a weird mix of ideas and it doesn’t always work but it contains some songs that deserve a repeat listen.

STICK THIS NEXT TO: Bring Me The Horizon, Hyro Da Hero, Asking Alexandria