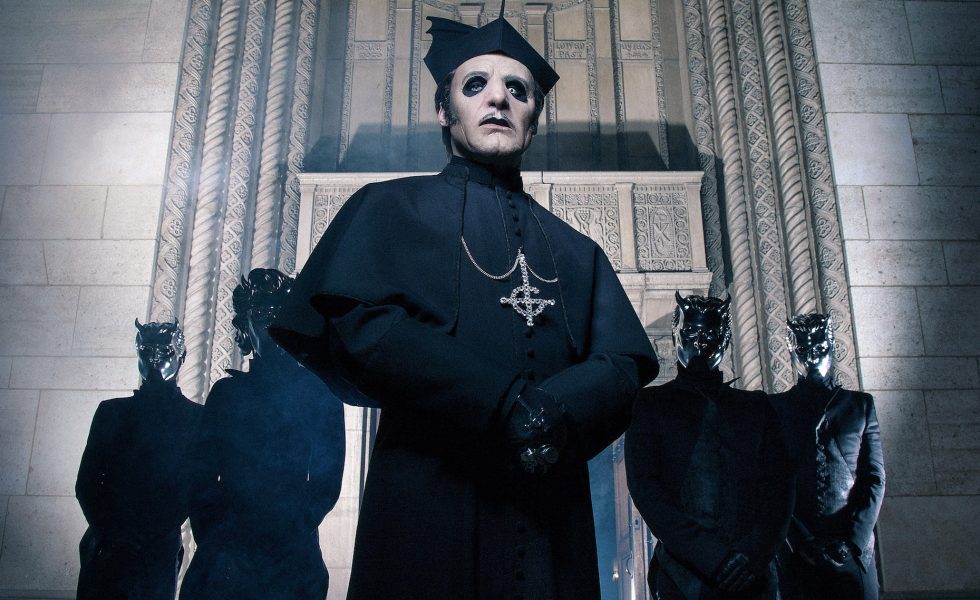 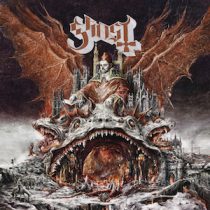 The mythology of Nordic metal bands invokes church burnings, satanic rituals, and worshipping the occult. Ghost takes the stereotype to extremes, from their (former) anonymity to sporting ecclesiastical costumes in their imagery.

Despite their ghoulish aura and hellish album covers, Ghost’s music is a bold statement cutting against established norms of Swedish extreme metal. This is no more obvious on fourth album Prequelle. Their ear for sounds casts a wide net of influences from 70s classic rock, 80s glam metal and even pure pop music, most evident on the sticky choruses of Rats and Dance Macabre.

Prequelle might make you dance more than headbang; but to Ghost’s credit, composing rock opuses with overarching pop choruses is quite a skill unto itself.

The album’s sinister intro, hearing kids chanting Ring a Ring o’ Roses and an evil guitar tuning is a mood setter par excellence. Other perks on Prequelle are the dramatic synthesizers and movie soundtrack production. Instrumental compositions such as Miasma oozing with Eddie Van Halen-style guitar work and a saxophone solo you might hear on Rick James’ Superfreak. Helvetesfonster is an epic folkloric ballad that could work as the theme to a Lord of the Rings movie.

“New” frontman Cardinal Copia sings like he’s a contestant on The Voice rather than fronting a hard rock/metal group. That either makes them iconoclasts or revellers in the muck of the mainstream. Prequelle might make you dance more than headbang; but to Ghost’s credit, composing rock opuses with overarching pop choruses is quite a skill unto itself.