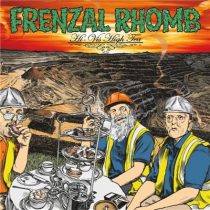 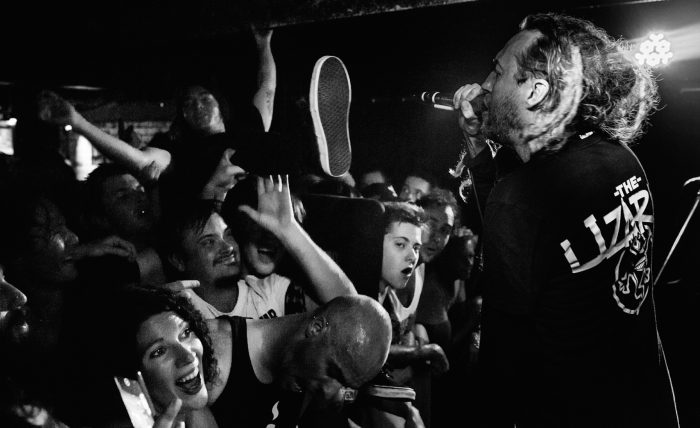 Frenzal Rhomb are an Australian treasure. They should be on postage stamps and gumtree.com.au should have a pro forma response in the rooms to rent section that reads ‘get f—–d you f—–n f—wit, you can’t move into my house’. That’s part of the reason why you should be excited about the release of their ninth record, which is arriving 25 years into a glorious career of full-time shit-talking and part-time musical endeavours.

The other part of Hi-Vis High Tea’s appeal is it’s a fucken great record.

Frenzal Rhomb have spent their twilight years rolling with the punches, every record post-Sans Souci has done a pretty incredible job of keeping up with whatever punk rock trends that popped up in the years since their last record. But Hi-Vis High Tea sees them turn their back on that. At some point in the practice space Jay probably said ‘nah, fuck that. let’s just write the type of shit that we did in the 90s’.

It seems like every new Frenzal record could be their swan song, if that’s the case with Hi-Vis High Tea, these cunts should fuck right off with their heads held high.

The result is songs like Storage Unit Pill Press and School Reunion, which could have been tracks on Coughing Up a Storm that rooms of pissheads have spent the last 20-odd years exuberantly yelling along to. Though the immediate familiarity of these 20 songs belies the songwriting skills that kept growing behind the middle fingers and lax attitude. It may have taken them a couple of decades, but these shitbirds have actually grown into proper musicians. Now they can write songs like Food Court and Ex-Pat and have them stand out of some of the most impactful songs on the record.

It seems like every new Frenzal record could be their swan song, if that’s the case with Hi-Vis High Tea, these c—s should f–k right off with their heads held high.

STANDOUT TRACKS: Sneeze Guard, Ray Ahn is my Spirit Animal, Messed Up
STICK THIS NEXT TO: Clowns, T.I.S.M., the door that your mum changed the locks on