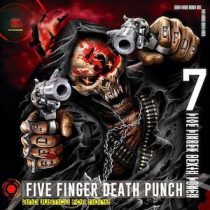 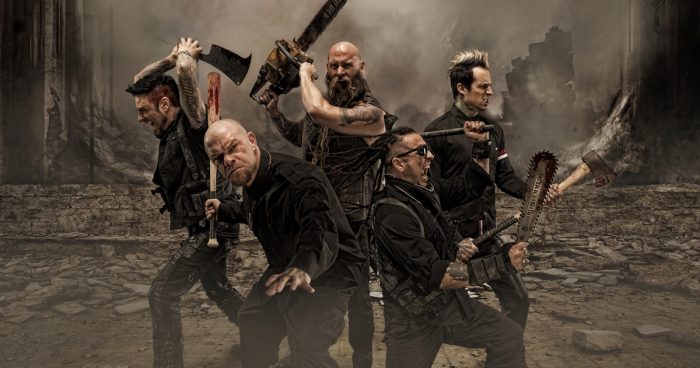 It feels a bit like Ivan Moody is having a burst of rebellion in the newest addition to the Five Finger Death Punch arsenal.

New album And Justice For None is sure as hell punchy, but the vocalist for the Las Vegas heavy metal heroes runs through more or less every song with furious words about how he’s not making excuses for himself, how he is who he is and damn everyone who has something to say about it, how hard life has been but it’s all a-okay now because he doesn’t care.

Opener Trouble, Sham Pain, Fake, Top Of The World, while all great tracks sonically, are a little self-indulgent. Five Finger Death Punch talk a big game, talking a lot of hate and having big balls to be a big man, but perhaps it would have been ballsier to not say anything about anybody’s balls?

Five Finger Death Punch have a great release here, with pounding slivers of nu-metal, hard rock and a little blues-rock on the side

Once Five Finger Death Punch reach their cover of Kenny Wayne Shepherd’s Blue On Black, however, something transforms in the band. They reach something of an impasse in themselves, soul and reasoning taking over and it’s a glorious rendition, a relatable sound that shows the softer side of these otherwise beefed up beasts.

Five Finger Death Punch have a great release here, with pounding slivers of nu-metal, hard rock and a little blues-rock on the side and all up, it’s a banger, definitely one you can be head banging along with. And Justice For None is all bubbles and brute, a little too delectable to be hardcore and edgy, but a little too brutal to be mainstream.

STANDOUT TRACKS: Blue On Black, Sham-Pain, Fire In The Hole

STICK THIS NEXT TO: Slipknot, Trivium, Disturbed