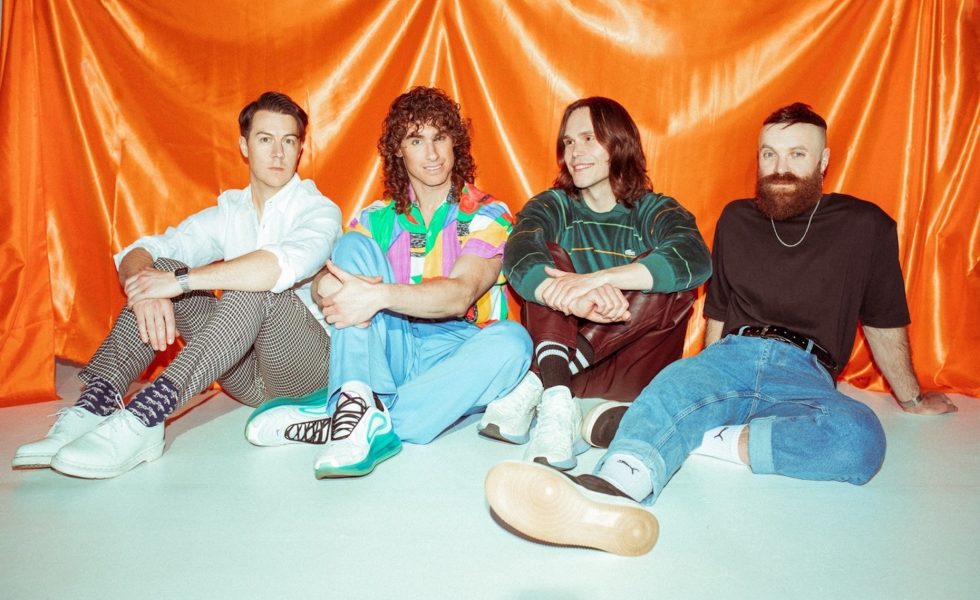 ICYMI: Brit genre-benders Don Broco have shared their latest single, Endorphins. It’s yet another taste of their upcoming album Amazing Things, set to drop on October 22nd via Sharptone Records.

It comes with a brand-new music video, which sees the band pose as shape-shifting superheroes battling the bad guy with martial arts and laser guns.

“Power Rangers was, without doubt, my favourite show when I was a kid,” says vocalist Rob Damiani. “When my parents actually went through with a long-threatened punishment of taking away the TV (I think because me and my brothers were fighting too much), it was the one programme I was still allowed to watch on a Saturday morning, albeit on the black and white TV in my Dad’s garden shed. After an ENTIRE YEAR of this (still can’t believe my parents actually went through with it – pure evil) for Christmas, not only did they bring the TV back, I also got the Green Ranger’s Dragon Dagger for my present!”

“While writing Endorphins, as soon as the line ‘mighty morphin into a piece of shit’ materialised, I knew I wanted to live my childhood fantasy in the video and luckily, the boys were up for it! Huge thanks to Harry Lindley and Elaina Mensing for all their hard work and talent making it happen, as well as letting me use my original Dragon Dagger in the fight against Scorpion King Beckham! We hope you guys all love the vid as much as we do.”

Don Broco recently shared a live, orchestral version of One True Prince, which will also feature on their upcoming album. Amazing Things follows on from 2018’s Technology. It will be available digitally on October 22nd and physically on January 28th 2022.