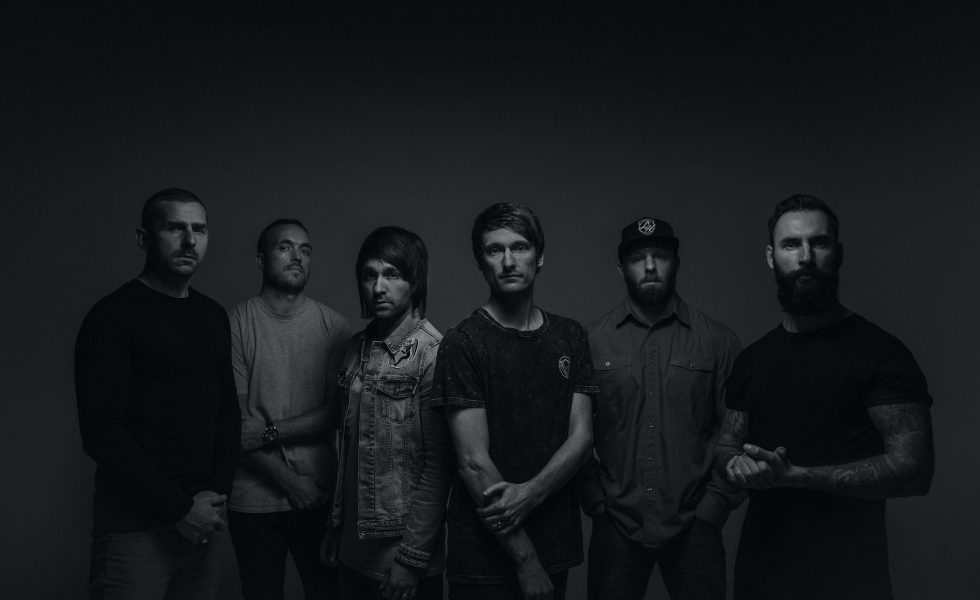 DEVIL SOLD HIS SOUL // All Out For Loss

Last year should have been one of the biggest years in the history of post hardcore outfit Devil Sold His Soul. After back-to-back critically acclaimed albums the band had just spread their fanbase even further with their first tour to Asia in 2018.

But then Covid hit and the band had to put on hold not only a heavy touring schedule but also their new album which their new-found fans were so excited to hear. Not to be put off though the band kept things going in the background—they worked even harder on the material that would end up becoming their fourth album while also signing with one of the world’s most recognisable record labels – Nuclear Blast Records.

“Making the change has been the best thing ever,” says front-man Paul Green when we start to talk about what it is like for the band to now be signed to Nuclear Blast. “They have really nurtured us from the very start, and they made it clear that they wanted us to make an album that we wanted to make and also talked to us about what they envisioned. We were having big conversations but it never felt like we were being dictated to … which is amazing when you consider that they are a label that are the size that they are. Knowing that we have their backing and their nuritionment and support is amazing.”

Even with their new album Loss about to be released to their fans though the band are still very much entrenched in Covid hell. “We’ve been in lockdown for three months now,” says co-frontman Ed Gibbs as he joins the interview. “This is actually our third lockdown because nobody has had any clue how to deal with it because they are fucking idiots. We haven’t been able to socialise with anyone for three months so it has been mega frustrating. They say we might be able to start doing shows in July but to be honest I don’t see that happening.”

That time did give the band time to work on Loss, an album that has seen the band spend more time than normal on it. “We started working on it when we first got back from that tour,” explains Green when I talk to him about the Asian tour and the influence on the album. “We got back from Asia and we were just buzzing so we were just like “let’s start work on an album.””

I think that we are really lucky to be in a band because being able to just let rip is the best kind of release there is for all the stress and bullshit that is going on.
[ Paul Green ]

“And everybody was just like “let’s do this” but there was a lot of negativity around us at that time as well,” he goes on to explain.”Our drummer lost his Mum and few people in our crew had people pass away and that started to shape what the album was going to about. We were generally in a positive place but we kept thinking about life and that really started to shape it all.”

As the conversation goes on I ask how the band puts aside that negativity to be able to sit down and be creative when they know that they need to be working on an album. “I think at the end of the day whether it be music or lyrics it is catharsis,” answers Gibbs. “Whether it be Alex bashing away on his drums or if it is writing it is really just a release of everything that you are feeling at the time. I think that we are really lucky to be in a band because being able to just let rip is the best kind of release there is for all the stress and bullshit that is going on. Then being able to sit down and write is that times ten. If you are going to sit down and write some emotionally charged music then it has to come from the heart. If you try to fake it then it becomes really obvious that the songs aren’t about anything.”

The discussion goes a little bit deeper into what was inspiring the band when they were working on Loss and Gibbs says, “Most of the album is written about grief to be honest. But we also looked into the things around that – things like mental health and all that loss your experience with your mental health around the grieving process. I think the general loss of your ordinary life really comes across in a few of the songs.”

The mood and themes explored on this album are really going to mean a lot to the band’s fans who have also endured a lot of the last twelve months and that is something that the band is more than aware of. “Some songs really strike a chord with some people,” says Green, reflecting. “That is the side of music that really makes you stop and think. You don’t realise the impact it will have until someone messages you and says what it means to them or how it has helped them… that means a lot and it is really humbling.”

Loss will be released through Nuclear Blast Records on 9th April.