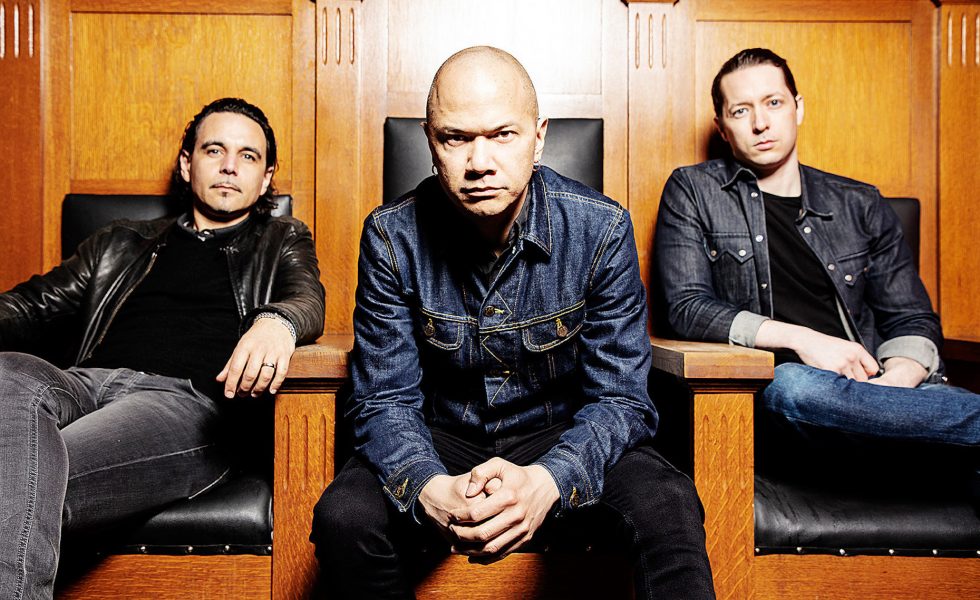 “I don’t need a senior citizen telling me that rock and roll is dead,” Danko Jones says, defiantly.

“Rock is not dead. If he would take an elevator down from his ivory tower, he would realise that there’s dozens, and hundreds and thousands of rock bands out there. But to a guy who’s on a tour called The End of the Road, what does he know about rock music in 2019?”

Until now, this interview with the Canadian rocker has been fairly standard—chat about the new album, upcoming Australian shows, his non-musical pursuits. Then he gets asked about the health of the rock scene, and as a rocker, it’s something he says he’s been asked in every interview since Gene Simmons made his “rock is over” claim several years ago.

Simmons isn’t the only one who has suggested that rock music is dead or dying—his ex-bandmate Peter Criss and Aerosmith’s Joe Perry, for example, have said similar in the past too. But it is the implication behind Simmons’ comment—that rock as a commercial pursuit has been irrevocably damaged by the advent of downloading—that Jones has taken umbrage to, because he believes that record labels will no longer take rock bands on for fear of not making any money from them. He admits to be a staunch Kiss fan, but he’s Team Paul: “Paul Stanley isn’t saying these things!”

“I really despise what Gene Simmons said,” he continues, “because it really screwed with all the rock bands out there, young, struggling rock bands out there that are trying to make a go at it. Gene Simmons did more hurt from that line going viral than he ever did by putting out any of his solo albums,” he chuckles sarcastically, “or any Kiss albums. The rock and roll scene is not dead, it’s not over. I can name a dozen bands off the top of my head now who are active, who are vibrant and who are hot rockin’.”

Gene Simmons did more hurt from that line going viral than he ever did by putting out any of his solo albums, or any Kiss albums. The rock and roll scene is not dead, it’s not over. I can name a dozen bands off the top of my head now who are active, who are vibrant and who are hot rockin.

Danko Jones own eponymously titled band is one of those, now eight albums deep into a career that spans back to 1996. They have been nominated four times for the Canadian music industry’s Juno Awards, opened for The Rolling Stones, toured worldwide and played at some of the biggest festivals in the world, including Soundwave here in 2013. But that was their last time in Australia.

“We’d go to Australia every year if we got invited, but there’s only been two invites in 23 years.”

This time, they are headlining for the first time since 2004, on tour for latest album A Rock Supreme. Originally slated for earlier in the year, their shows got pushed back to allow them to take on the European festival circuit, which coincided with the album’s release.

“The album came out at the end of April so it was a really good time for the festival season,” Jones explains, “so we’ve been doing some really good festivals and a few clubs here and there. It’s been weird because usually we release a record and then do a headline club tour, but not on this record.”

Playing festivals can be fun, he says, “because you get to hang out with friends and see bands you like.” Touring is, however, a grind. Ask any touring musician and they can assure their audience that being on the road is a lot travel, airports and staring at walls. Danko Jones likes to use that downtime creatively, and for the past eight years he has produced the Official Danko Jones Podcast that features guests from around the entertainment world. If that weren’t enough, he now also has a second show, the Regal Beagle Podcast, that revolves around the sitcom Three’s Company.

“Half the reason I do the podcast every week is to kill the time. There’s a lot of downtime on tour, a lot of hurry-up-and-wait. So in order to keep myself busy, I tape the podcasts. I recorded one on Tuesday. I’ll edit it out on tour, and I’ll busy myself that way. The show is hanging over your head the whole day, but you can’t just stare at a wall. Some people watch movies all day, or DVDs or stream Netflix, or whatever, but this keeps the left side of my brain a little bit more active.”

Jones also writes for a selection of European music magazines and does the occasional column for the Huffington Post. It’s another outlet for this intelligent and articulate artist for those long hours in between the fun stuff, the side of the music business that few outsiders know anything about.