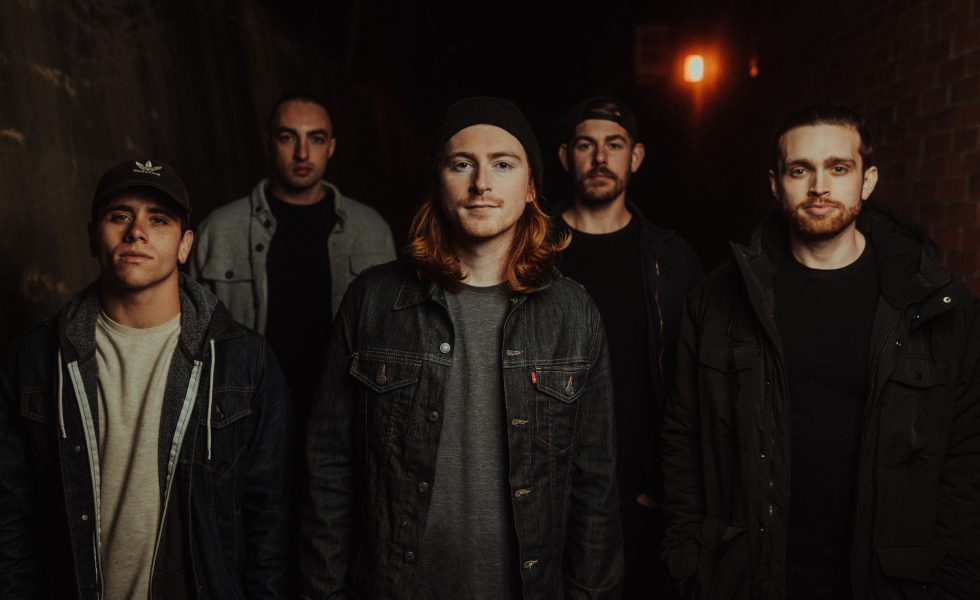 CURRENTS // Proving Themselves Once Again

Connecticut’s Currents are on the forefront of progressive Metalcore, and for good reason.

MORE: PARKWAY DRIVE: Triumph Of The Underdogs // KICK OUT THE JAMS with Stepson // PARADISE LOST: Doom Unites Us REVIEWS: VIOLENT SOHO: Everything Is A-OK // ENTER SHIKARI: Nothing Is True & Everything Is Possible // THE BLACK DAHLIA MURDER: Verminous // TRIVIUM: What The Dead Men Say // BOSTON MANOR: Glue // THE USED: Heartwork // CURRENTS: The Way It Ends

Their combination of anthemic choruses, melancholic lyrics and forceful aggression is executed to the highest caliber. This is what The Way It Ends proves to their listeners, and we sat down with vocalist Brian Wille to hear about it all.

So first off, it’s obviously a difficult time for everyone right now with what’s going on. Considering the unprecedented nature of these times, how has releasing an album during this lockdown been for you guys?

It is the weirdest thing ever honestly. Having said that though it’s uncharted territory so I kind of feel like we’re navigating it in the best way that we can.

That’s definitely fair enough, have you found it’s all been bad though? Or are there some odd almost ‘silver linings’ in the way you’re doing it?

Yeah there’s definitely some odd silver linings. I mean you don’t expect the release of your sophomore album to come at such an odd time in the world, but with the way that we have poised ourselves to have this release happen, it just didn’t make any sense to push things back. It was already in release talks and everything was ready when this started so I feel like any real fan would’ve felt a bit stabbed in the back if we pushed it back any further, so yeah we just did a full send on it and went with what we were given.

Having had such massive success with The Place I Feel Safest back in 2017 and more recently with the I Let The Devil In EP in 2018, these singles you’ve released so far seem to have still managed to blow people away, and rightly so. Poverty of Self and A Flag to Wave really stand out, how has the reception to these first album teasers felt on your end?

It’s been really sweet actually, when you release new music in a place like the one we’re in, we knew there were more eyes on us and more pressure for things to work out in a good way. But with The Place I Feel Safest there weren’t really any expectations for us, it was more just a pleasant surprise when we released it to be honest. This time around though people clearly had expectations, they wanted to know what the next move was and we obviously had certain shoes to fill because of that. We knew when we dropped Poverty of Self people would maybe miss the softer elements, and when we drop a lighter song people miss the heavier elements, but overall I think people have been very understanding of what we’re doing. Especially as they hear more and more songs, people seem to start where we’re coming from.

Yeah for sure, I definitely got all of that from the three singles, Poverty of Self definitely did the heavier Currents style really well, and of course A Flag to Wave just has that crushing course that is impossible to forget. It definitely shows that satisfying variation that people have grown to associate with you guys. Getting into the album now, was there anything different about the production and writing process of The Way It Ends compared to previous albums?

So it was drastically different from The Place I Feel Safest, but it was relatively similar to how we did I Let The Devil In, with a few additions and changes. Basically I Let The Devil In was we wrote everything ourselves, and then we brought a producer in (Ryan Leitru) who helped us tweak things, decide what songs would make it etc. Just general polishing and he really helped us feel more confident about it all. Vocals were recorded separately with Ryan and Chris recording guitars by himself. Then we send it all off for mixing. It was a similar process this time, but we also had the help of Ricky Armellino who helped with vocals and engineering. We had Nolly on for mixing, and mastering separately. So overall there were a good few extra hands on deck, but it was vastly different to The Place I Feel Safest.

We noticed that with I Let The Devil In, it felt like there was a more developed and fleshed-out songwriting process which was only pushed further with this album too. Sounds like it’s definitely working for you guys. Could you walk us through the main themes and meaning behind the album? We immediately felt like what A Flag To Wave was about on first listen, that sense of feeling lost and yearning for an unknown purpose, but we’d love to hear what else is going on thematically in this album.

Yeah, I’m really glad you picked up on all that because A Flag To Wave is kind of the introduction to the rest of the album if that makes sense? It’s like a “Hi, we’re here, we’re ready to make our mark on the world”, and then the rest of the album is kind of a journey of sadness and continuum of negativity that follows on themes of a void and an endless spiral that feels like its leading nowhere. Trying to determine if this is what forever feels like and this is all life can be. The spiral is referenced on the artwork too. It explores darkness in a similar way that The Place I Feel Safest does, but that was more about complacency while this is more about just constantly bringing yourself down unnecessarily.

Interesting, guessing that spiralling down is sort of referenced in a certain way in Poverty of Self?

Are there any tracks that stand out for you on the album? What kind of track would you show someone who had never heard of Currents, to sort of display what it is that the band is aiming to do.

Oh man, it is difficult yeah because there’s so many elements to the band. Honestly, Monsters or A Flag to Wave if someone’s never heard of the band. To deep-dive more into our dynamics I’d say Let me Leave, Split and Better Days.

How it Ends seems to be a really effective combination of all the best elements from your past discography. Do you feel now, listening back to it, that it’s the most ‘Currents’ album that Currents has written or do you feel this is something where you were aiming to push away from that and find what Currents can be in the future?

Hmmm, that’s a really good question because I feel like every record is just what Currents is at that moment. Like we’re always trying to find our next new thing, but still staying true to the overall sound that was started many years ago. We want to explore a balance between being easily identifiable as a Currents song, while still looking for new things that we may have ‘overlooked’ in the past. It’s the most Currents album that we could’ve written.

With the depressing lack of shows and tours right now, and the unfortunate cancellation of the EU Polaris tour, I just wanted to ask if you had any live show highlights from the past couple years that you’re clinging on to as you look forward to it all coming back?

So there’s two that immediately come to mind. The Christmas Burns Red show is definitely one. It was a holiday show, and we do one of those every year and they’re always fantastic, but being able to do August Burns Red’s version of that, in a huge 3000+ convention centre was a whole new experience. It was just psychotic; a huge stage, tonnes of people … We were just living it up. When I got to sing part of a Northlane track with Marcus on the Never Say Die tour is probably the second, that was amazing.

Are there any big goals you’ve all set once tours do come back?

I think personally I’m aiming to work on my endurance overall. We just want to stay confident and refine our craft during this time. We’re hoping to one day be able to play festivals and have big stages be a normal thing for us, so we just want to be as ready as possible when that day comes.