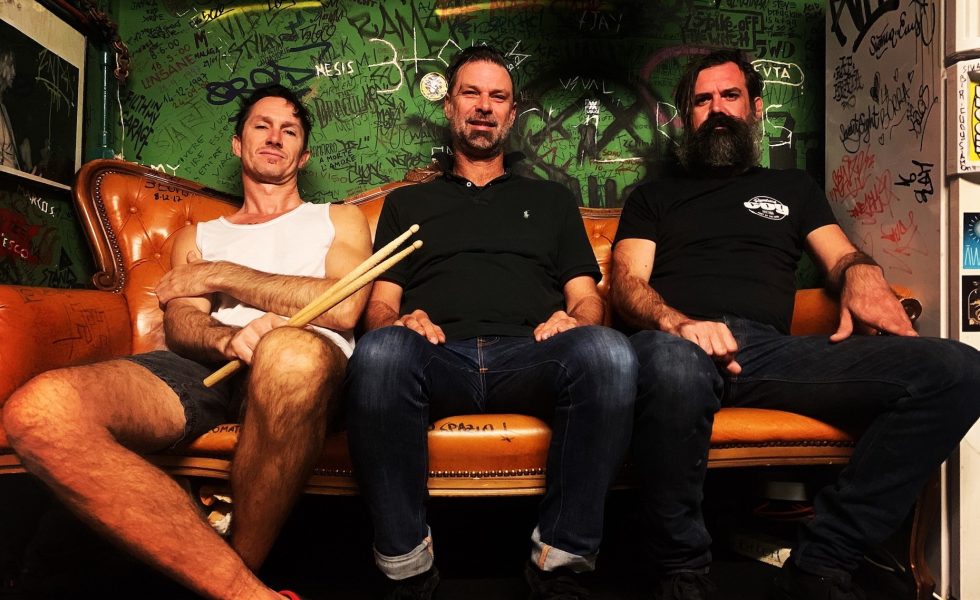 COG // Back To The Nu-Normal

When we get Luke Gower on the phone on a cruisy Wednesday afternoon, he’s in the middle of domestic bliss, hard at work in the kitchen.

The bassist and backing vocalist for Sydney progressive rock outfit Cog is knee-deep in mashed potatoes and steak sandwiches, clearly enjoying some time at home with the family as the rest of the country slowly ramps up from quarantine-induced stasis. We ask Gower about the band’s upcoming appearance as co-headliners for The Other Festival in Brisbane, along with how he and his bandmates weathered the interminable year that was 2020.

HYSTERIA: Before we talk about The Other Festival, it’s kind of hard to talk to anyone in the music industry or creative arts of any kind without talking about the effects of COVID and the pandemic. So, to start off with, could you tell me what the last year has been like for you? What have you been up to? How did you cope? And what’s been happening in the Cog camp?

LUKE GOWER: Personally, it didn’t really bother me or affect me too much. My wife did get kind of laid off, or on a put off work, for a couple of months at the start there. But for the most part, it’s kind of just as per usual for us. I mean, obviously, the music thing playing live—that’s affected me, but everything else has gone as usual. And, as a result of not being able to play live, we [Cog] haven’t been rehearsing. So, I suppose I’ve just been concentrating on other things that I needed to do, or I wanted to do, in my own life. So, in a funny way, it’s been a positive thing.

With not having rehearsed for a while, I’m guessing that you haven’t had a chance to catch up with the other guys in Cog. Has that started to pick up recently?

LG: Yeah. I mean, obviously, I see Flynn [Gower, vocals/guitar] because he’s my brother. We see a lot of each other, and we just had our other brother up from Sydney for two weeks, so that’s been nice. But Lucius [Borich, drums] is not far away. So, I mean, I haven’t seen that much of Lucius in the last year, only a couple of times. But obviously, we’re starting to rehearse and whatnot, now things are picking up.

We do have plans to release more music. I mean, for the most part, it’s just quite hard. Since the band got back together a couple of years ago there, we’ve released like three or four songs.
[ Luke Gower ]

So, with you guys headlining The Other Festival in Brisbane next month, will that be your first live show in at least a year or more?

LG: Yeah, I think the last ones were leading up to Christmas. Not last year but 2019, so a bit over a year now. So, it’s a long time for us—but we’ve had longer stretches without shows [laughs].

Is there any kind of sense of apprehension for you and the guys, in getting back on stage? Or are you just keen to get back to it?

LG: I think as you get a bit older, I know my brother and Louis tend to get a little bit—nervous isn’t the word—but maybe anxious. We’ve always been a band that’s tried to strictly rehearse and keep the Cog live show tight. You know, keep the bar high, so to speak. Obviously, people come in to pay good money to see a live performance, so we try to put the most into that, as far as rehearsals and lights and sound and everything that goes with it. We want to give it all, and we don’t want to stop doing that now.

In terms of the band, are you guys working on any new material. Do you have any plans coming up or anything in the future? Or are you just taking it show by show?

LG: We do have plans to release more music. I mean, for the most part, it’s just quite hard. Since the band got back together a couple of years ago there, we’ve released like three or four songs. And it’s been good, but it’s also just challenging for all of us, with all of our things going on personally, to kind of find time to get together and have everyone’s schedule match up. So, it becomes a bit of a challenge. You know, back in the day, we didn’t have any families, we didn’t have hardly any responsibilities. So, you know, back then we were spending every day with each other. But there are definitely plans to release new music and yeah, I’d love to think that we’ve got another album in us.

Regarding The Other Festival, have you sussed out the other bands on the line-up? Is there anyone you’re excited to say?

LG: I’m keen to watch Hammers. They’re a great band. There’s a few bands on there that I’ve seen before and I think a few of them have done some recording with Lucius at our studio. So, I’m interested to check those guys [Hammers] out, because I’ve heard a bit about them from Lucius. I’m just psyched to get up there and see some live music.

For sure. I think the last live gig I saw was at the end of January last year. So, pretty much a year ago now. And for a festival, especially. I can’t even remember the last time I went to like a multi-band, day-long show.

LG: You’re not wrong. You know, I live right near where they hold Splendour in the Grass, up here in the Northern Rivers. So, every year I tend to go to one or two festivals—at least—even with the kids and lug them around for give them a bit of an experience. And I think, you know, I hope it returns to somewhat normality at some stage. Time will tell, I suppose.

Absolutely. In that sense, I think The Other Festival is certainly a step in the right direction, to help get people back out there and enjoying live music.

LG: Exactly, and that’s the reason we got behind it. To try and support the local bands, to get more of that feeling back out there, you know, and invigorate some people.

On that note, for the Cog set, do you guys have any surprises install? Or are you guys sticking to the hits?

LG: Well, we’ve still got a few rehearsals to go, so you never know. You’ll just have to wait and see.

Cog will co-headline The Other Festival at the Fortitude Music Hall in Brisbane on Saturday February 13.

The Faction Stage will host From Crisis To Collapse, Patient Lounge, Smoking Martha, These Four Walls, Being Jane Lane, Minds?End and Free The Genie!

The event is presented by Nobody Presents and will take place with support from Roadsick Apparel, Cate Pepper graphic design, The Faction, Collision Course PR and Groglords.