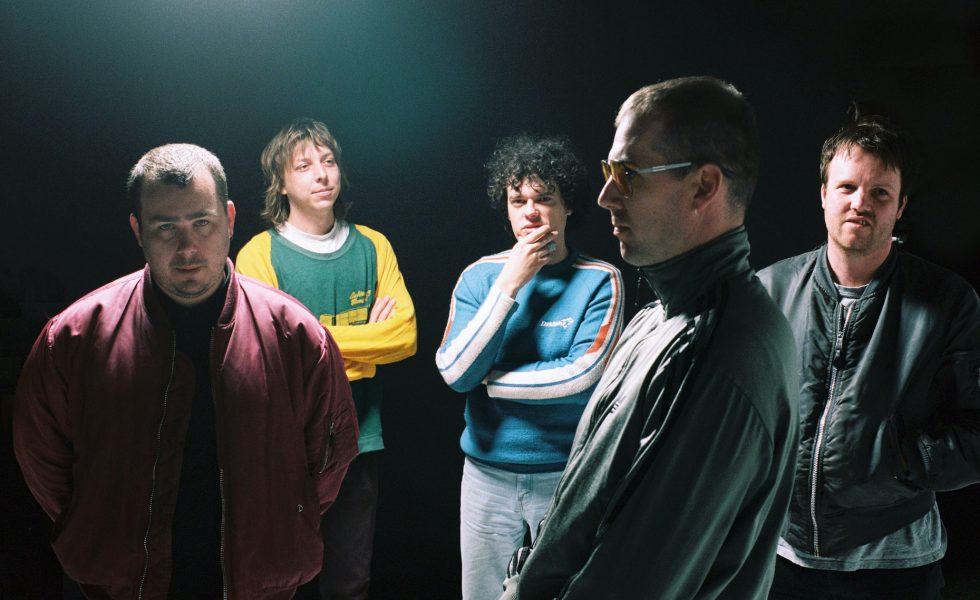 CIVIC kick off the new year with a new single and album tour dates!

MORE: NOFX: Fat Mike Chats Double Albums, Being Ghosted By Blink-182 & The Emotional Journey For The Last Ever NOFX Shows // DUNE RATS: Dance Lessons and Thinking Outside The Box REVIEWS: SLEEPING WITH SIRENS: Complete Collapse // blink-182: EDGING // FREEDOM OF FEAR: Carpathia // ARCHITECTS: the classic symptoms of a broken spirit // SLIPKNOT: The End, So Far // THE GLOOM IN THE CORNER: Trinity

Listen to the new track, Blood Rushes via your preferred DSP HERE and watch the James Gorter directed clip HERE. The song is a lush and brimming anthem whose pummeling drums and crystalline guitars magnify the moody longing of Jim McCullough’s vocal work. It’s also the latest from CIVIC’s forthcoming new album Taken By Force, out February 10 via Cooking Vinyl Australia. In addition, the band has announced for SXSW 2023–marking their first U.S shows ever!

On the track, McCullough says “My verses are about new love and trying to protect that in a violent world, like trying to keep a candle alight in a cyclone,” Guitarist, Lewis Hodgson adds. “It’s about wanting to have your own world away from everything, wanting that feeling to last a little bit longer before it all comes crashing down.”

Blood Rushes is the third single from Taken By Force and follows the fiery Born In The Heat as well as the album’s lead single and video (also directed by Gorter) for End of The Line. The new LP ushers in an exhilarating new chapter for the band who earned massive critical acclaim for their earlier releases including their 2021 debut album Future Forecast. CIVIC opted to record the album over one week in the Castlemaine countryside with Rob Younger from seminal Australian punk band Radio Birdman producing. Taken By Force opens with an ominous intro–the sound of sirens. McCullough recounts the moment they captured that sound, “One night we all woke up to these emergency sirens going off, so I ran out into the paddock and recorded it on my phone. We had Lewis and Blach set up two snares across from one another and pound out a marching drumbeat at about two in the morning–the whole thing was so intense and creepy and incredible.”

Mixed and mastered by another Australian punk legend Mikey Young (Total Control, Eddy Current, Sonny & the Sunsets), Taken By Force finds CIVIC setting their artful venting of existential dread against a backdrop of blistering riffs, thrashing rhythms, and shout-along-ready vocals. They joyfully obliterate the line between furious catharsis and unbridled fun, introducing a vital new energy into today’s musical landscape. In addition, if you’re heading to Austin, TX for SXSW in March, be sure to catch CIVIC live for the first time in the US!
Taken By Force, is out February 10 on Cooking Vinyl Australia, you can pre-save/pre-order the album HERE.
Blood Rushes is out today and is available on all streaming platforms HERE. 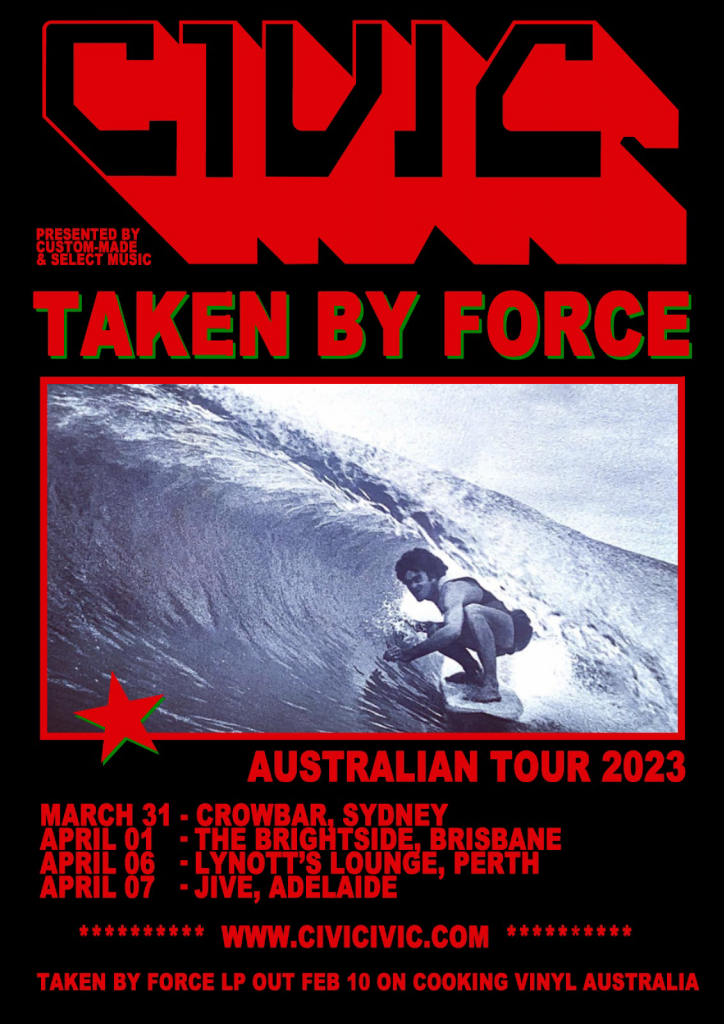