THE BUOYS // Through Rain, Hail And DIY Disasters 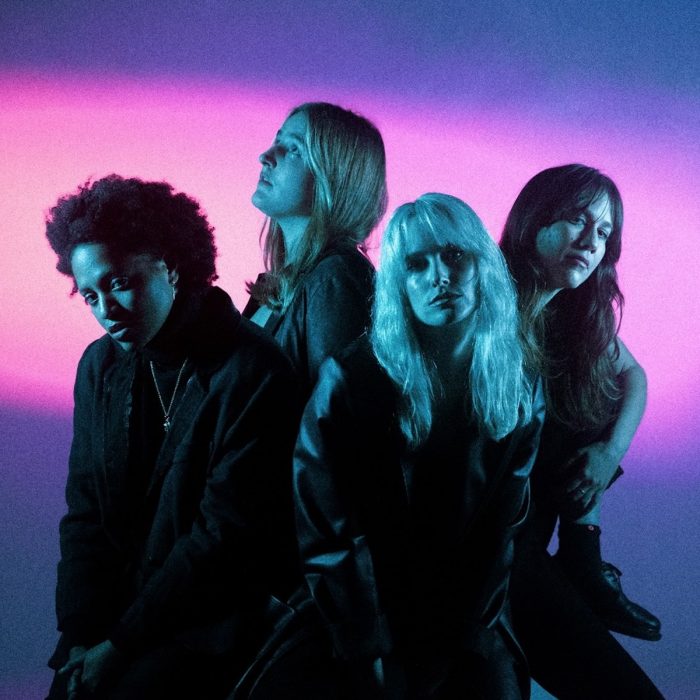 The Buoys are well and truly back in town, and they’ve brought a rockin new EP with them.

It’s called Unsolicited Advice For Your DIY Disaster, and it’s a whole lot more than just a killer name. We caught up with Zoe Catterall (vocals) and Tess Wilkin (drums), who shared the inspiration behind the EP, how it came together and more.

Hysteria: It’s the question we’re sure you’ll be asked a million times! You worked on this EP during the COVID era, so where’d you find your inspiration?

Zoe: Luckily, I had so much to write about, lyric-wise.

Tess: Zoe had some tucked away, heartbreak stories in her pocket

Zoe: I had to try something new, I didn’t have as much human interaction, but luckily I still drove into work every day. I used to park my car at the same time as this guy, and I just thought I’d make up a fantasy in my head and write a song about it. It became this thing, and I ended up messaging the girls about it constantly, asking them if I should just say hi. So one of the songs on the EP is about that. Someone I never even spoke to and didn’t know. But they were there when I wasn’t talking to anyone else.

You’ve touched on it there, but can you elaborate on the themes behind the record?

Zoe: It was a culmination of experiences that ended up uniting under one theme. We all agreed that DIY Disaster was beautifully succinct and tied the songs together. Hilary (Geddes, guitar) is really good at putting things into words, and she said, in your 20s, you’re just out here doing your best. It’s a little bit hectic sometimes, and I think the songs are about that. All the crazy things you get up to and just doing your best.

Tess: We chose these songs because they all draw from Zoes personal experiences. She writes from the heart, and whilst this EP doesn’t track in chronological order, it still captures what was happening at the time. We rehearse every week, and in that time, we get updates on each other’s lives. We know what’s happening with everyone’s love lives and all the characters in these stories. They mean so much to us, not just to Zoe.

The songs that didn’t make it didn’t fit with that as well. We have the songs of heartbreak and then songs like record closer Drive Me Home, which is sort of the opposite side of the coin. Y’know, you learn and discover new sides of yourself after a breakup. It all comes around and follows that arc of a relationship.

Zoe: Yeah, I like that it ends on that note to say, you know what, I can be happy on my own. If you listen to the EP from top to bottom, it’s less about one specific relationship and more about them in general. It touches on what it’s like at the start, when it’s good, when it’s bad and what it’s like to be on the other side.

Tess: In a way, it’s all about those shifting perspectives. Sometimes, when you’re in something and experiencing that breakup, you don’t have perspective. You can be so beautifully dramatic about it all, but there is the other side of it, where you’ve had the space to reflect, and you realise you’re so okay on your own and happy about it.

In your 20s, you’re just out here doing your best. It’s a little bit hectic sometimes, and I think the songs are about that. All the crazy things you get up to and just doing your best.
[Zoe Catterall]

DIY Disaster comes just a year after your last EP. What changed sonically this time?

Zoe: Oh, it was so different! It was the first time we did pre-production. Usually, we’d finesse a song on the road, get into a studio, and play it top to bottom. This time, we had a mix of small nuggets to be developed into full tracks and ‘complete’ stuff- I say that lightly because they changed massively. So, it was the first time we sat together as a full group with our producer Fletcher Matthews, who is incredible. We thought about where all the pieces should fit for each song. There was a lot more thought put into how things should flow.

Tess: We were gigging so much whilst working on the last EP and before we got into the studio for this one. So the way we developed our songs was we’d jam them out in the studio, and then we’d play them live. Sometimes that would change them up. I think we really identified as a live band, and that’s how we recorded them. Because of lockdown, we had extra time and space to really think about these songs. We could change the angles up and give the writing and recording aspect a lot more time than we’d done before. We learnt so much from the process. It was very different, and working with Fletcher was amazing. He really got the best out of us. We’re so proud of these songs.

Tell us more about working with Fletcher Matthews. What made it such an incredible experience?

Zoe: For me, it was the fact that he challenged me. I’m not the type of person that likes to put a lot of effort into songwriting. It’s a stubborn way to go about it. I’m a big believer in intuition and magic, and he showed me through patience and due diligence that a song could still have magic sprinkled throughout it, even with a bit more hard work. He understood how my brain works too. He had great suggestions. It was stuff you’d often not think of, but when he’d say them, it’d be a real ‘oh duh, that’s exactly what needs to happen’ moment.

Tess: He said, as a songwriter, you should write the song as it comes out. He said, don’t think about it in terms of structure or anything like that. Then that’s what pre-production and working with the producer is, finessing those bits and bringing it to whatever you want it to be. I’m pretty new to it all and maybe was a bit naive, but I didn’t fully understand what a producer did except for maybe making beats. But it wasn’t about him changing our songs or writing new bits. He didn’t write any of it. He did ask Zoe what story she was trying to tell and dug into how we could tell that story better – both musically and lyrically. He was very much a try things, again and again, kind of person. That’s why it was such a long process. You try so much, and it can be a bit exhausting and defeating at times, but you get a great result in the end!

You’ve been on some standout tours over the years. Give us some memorable moments from your recent shows.

Tess: We played some standup shows recently after a few months of sitdown ones. Those sitdown ones were awesome until we got to the standup ones – they were an amazing, overwhelming experience! (both laughs). We got to tour with our friends Baby Beef and Greatest Hits, which was so good.

Zoe: The highlight for me, and I think potentially for all of us, was just being with our friends all the time.

Tess: There was this point on the tour with Baby Beef and Greatest Hits. Our Melbourne leg got cancelled, but we still managed to play Brisbane. Touring is actually so boring most of the time. You’re always waiting. Waiting at the airport or waiting at baggage claim or waiting for soundcheck, all that stuff. At one point, I looked at the guys and said: oh my god, this is what we’ve been waiting six-eight months for, to sit around and wait and be bored (laughs).

We had a lot of great shows before that too. We’ve been so lucky. We toured with DZ Deathrays, and that was wild. Hilary actually got to go up and do a guitar solo with them. It was incredible.

What’s next for The Buoys?

Zoe: We actually have a show coming up! It’s at Wollongong’s North Gong Hotel on Sunday, 7th November. I’m actually going to implode (all laugh). I won’t be able to handle it. We’re going to drive down together. It’ll be so much fun. That’s our only show for the year, but as of our next rehearsal, we’ll finally be able to meet in person again and jam. I’d say we’ll start to develop new stuff.

Tess: We’ve got a few things booked for next year, so we’re getting ready for that. There’s been a bunch of rebooked festivals, and it looks like we’ll be playing some bigger stages, which is awesome.

Not a question, but we can’t let you go without showing some love to your killer band bio! Saying your music is inspired by workplace feuds, people who walk slowly in front of you, and a tonne of bad dates…Incredible!