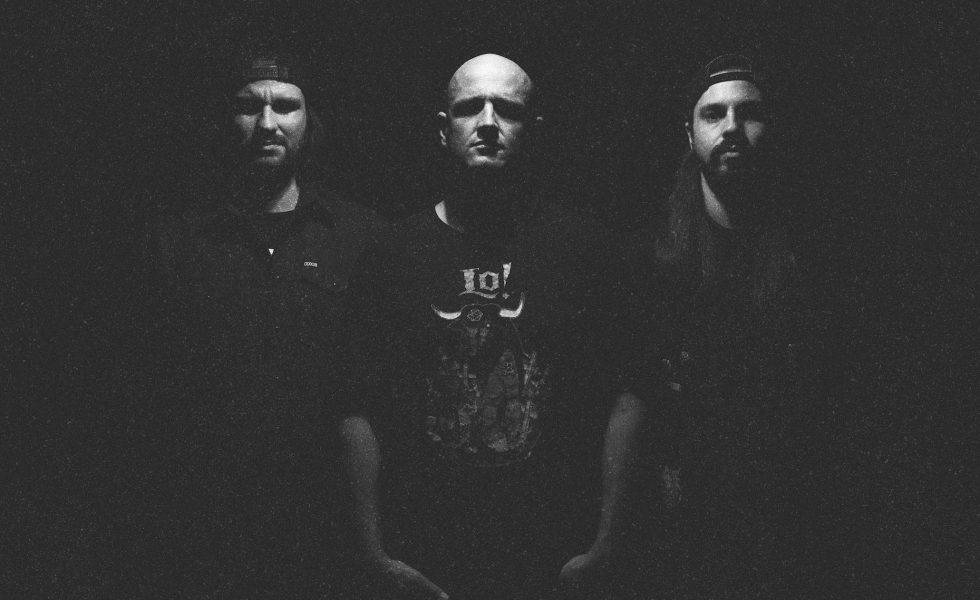 Hardcore sludge maniacs Black Rheno are currently out on the road again.

With half the tour done and a shiny new 7” release with US punks Child Bite now making the rounds, we got one third of Black Rheno’s wrecking balls of energy, frontman Milla, to tell us what’s in store.

Tell us how the latest tour has been going.

Good! It’s been a pretty fun few weeks. We’ve been to Queensland, down to Adelaide and toured around regional NSW, plus Sydney. It’s been great.

This is making up for a tour that you couldn’t do last year, so who does it feel to be back on stage again?

Last year we actually got a tour in between the two lockdowns. It was like everywhere we went on that run got locked down the week after we left. Including Sydney. We weren’t the spreaders! But we just happened to be there, you know what I mean? [laughs] We just got really lucky that the tour we did actually happened. Then, obviously, it’s been a lot of waiting around. We got a show or two in and waited until we got another tour, and now it just feels great. Everywhere we go we’re catching up to mates and seeing people with smiles on their faces, hearing good riffs. It’s a good time. It’s what we do it for. It’s probably what we live for!

When you record a band … the difference between a band that plays a gig once a month and one that plays every day is that they record a song in one quick take.
[ Milla ]

You’ve just done this split with Child Bite. How did that come about?

When they were out here in 2018 when they toured with King Parrot, they all stayed at my place when they came through Sydney, and they stopped off at my studio. We cranked up the barbecue and brought in the bands and we did a live recording … They did a cover of Nerve Quake by Lubricated Goat which we put out back then, and we got through the day pretty quickly. When you record a band … the difference between a band that plays a gig once a month and one that plays every day is that they record a song in one quick take. They walk in, set up, and then it’s done. They’re so tight. So we smashed out the songs we planned to do, and then we still had a couple of hours, so they decided to do a couple more songs, just for the fun of it. We released the live video of the song they came in to record, and I had the other songs still on my hard drive. So then, COVID’s happening, there’s lockdowns, can’t tour much – what can we do? Why don’t we ask Child Bite to do a split 7”? It was just a cool little thing to do together.

It’s really good for both bands, isn’t it? Fans here will find out about Child Bite, and when it’s released in the US, more people there will discover Black Rheno.

That’s part of it. We’ve got our fanbase here, and a few people here know Child Bite, but they’ve only been here once. So it gives them a bit of attention here, and vice versa, and we became good mates when we were hanging out, so it made sense really.

What’s next for Black Rheno after this run?

We’ve got Blacken Open Air coming up in the middle of the year – Revocation’s coming out for that, Psycroptic, Mountain Wizard Death Cult … it’s going to be so good. We’ve got another festival in Newcastle that hasn’t been announced yet. Then we’re looking at what we can do after that. Maybe some international stuff, but it’s all conversations in the background, seeing what the possibilities are. We’ve probably got about thirteen tracks written for a new album. We might try to write a couple more. Whether it’s the end of this year or early next year, we’ll get in and record another full length album.

Finally, what have you got left on this tour?

This weekend we’ll be hitting up Victoria: Sunbury, Melbourne, Geelong, Frankston and playing with Goat Shaman, Frankenbok, High as Hell, Vexation – who are sick! – so this weekend is going to go off!