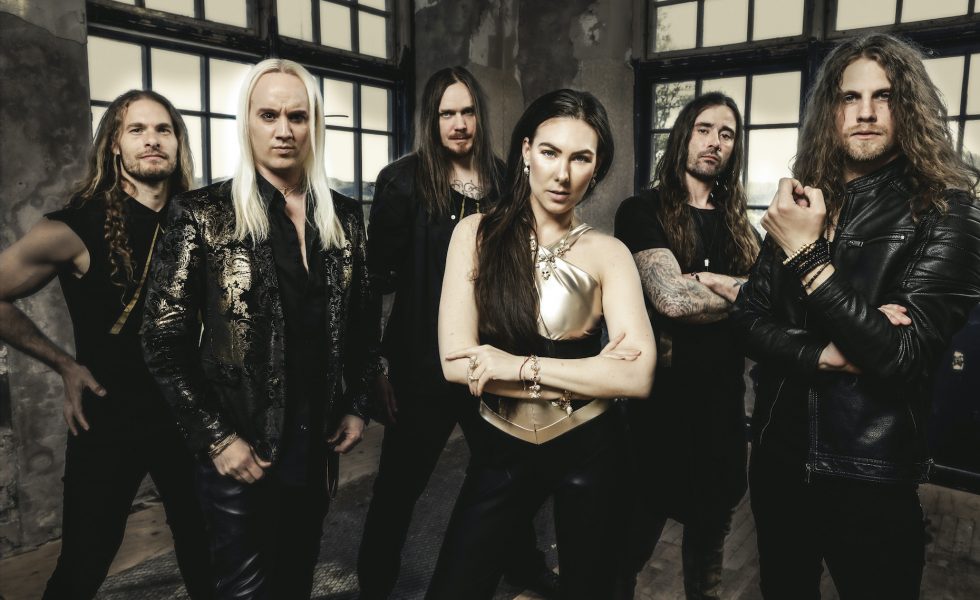 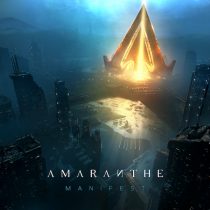 Following from their cornerstone 2018 release Helix, these ultimate genre-blenders have intensified their delicate influence-weaving finally harnessed on Helix, and dialled up the heaviness to produce a strong and definitive album.

Amaranthe’s sound has become cinematic in scope and this is evident on Manifest from the opening track Fearless, in which the unrelentingly uplifting influence of power metal is abundant, laced amongst Amaranthe’s disco flavour. Heavier riffs kick in with Make It Better, offering a catchy chorus and genuinely empowering message. The presence of fuller and more growling riffs alongside a strong guttural vocal performance from Henrik Englund Wilhelmsson grounds Amaranthe’s sound from becoming too celestial or synthetic. While Manifest is at the outset a heavier album than Helix, a very welcome development, it’s still about as electronically dolled up as any formula for metal gets. But this is not entirely a bad thing when they nail it. And nail it they do on tracks like Archangel, which is sure to become an Amaranthe classic.

It’s an album that will delight those already on board the Amaranthe positivity train and with the heavier strains coming through, can provide a welcome change of vibe to those who normally walk in darker sonic shadows.

The triple-vocal front of Elize Ryd, Wilhelmsson and Nils Molan is well balanced, an aspect of their sound that Amaranthe have perfected throughout the album. There are some innovative moments to keep Manifest interesting. BOOM!1 sounds like Blind Guardian had an affair with the nu-trend of 1998 as Wilhelmsson’s guttural rap gives way to Korn-style breakdowns followed by ascending riffs and Molan’s gallant clean chorus and a cameo from Heidi Shepherd [Butcher Babies]. Strange, but kind of cool song. Some softer and ballad-y moments continue the showcase of guest artists on Manifest, such as the powerful slower number Strong, spotlighting Ryd and Battle Beast’s Noora Louhimo, and Crystalline featuring the sombre tones of Apocalyptica’s Perttu Kivilaaskso’s cello and a twinkling his-n-hers performance from Molan and Ryd. Manifest’s closing track Do Or Die makes the journey worthwhile. Featuring none other than Angela Gassow, former vocalist of Arch Enemy, Do Or Die is strong, catchy, anthemic and an intoxicating blend of dark and light that is the essence of Amaranthe’s sound. Packed wall to wall with Amaranthe’s signature maximalist style, Manifest oozes potent levels of optimism. It’s an album that will delight those already on board the Amaranthe positivity train and with the heavier strains coming through, can provide a welcome change of vibe to those who normally walk in darker sonic shadows.

STANDOUT TRACKS: Do Or Die, Make It Better, Archangel

STICK THIS NEXT TO: Northtale, In This Moment, Lacuna Coil